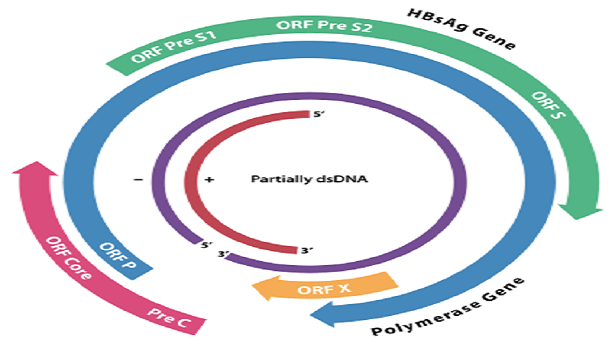 After some of the terrific discoveries from the other branches of Science, we now have something from the world of microbes! Let us check this out.
The scientists working on the Hepatitis B virus have found the oldest member of the family. Yes! The research team as successfully recovered oldest genomes of the Hepatitis B viral strains, which are the deadliest of all known strains. The researcher’s claim that the earliest viral strain so detected is present within the frontiers of the European countries for past seven thousand years.
A quick look at the Hepatitis B virus and factors you must be aware of them:
What is the Hepatitis B Virus?
Hepatitis B virus is commonly referred to as HBV. It is a virus, which contains two strands of the deoxyribonucleic acid. When you are infected with the Hepatitis B virus, the HBV targets your liver causing an infectious disease called as the Hepatitis B.
What are the signs and symptoms to tell that you are infected by the Hepatitis B infection?
Many times, the body appears symptomless. Some people may develop symptoms, which are inclusive of vomit, yellowing of the skin, fatigues, dark-colored urine and pain in the abdomen. The symptom occurrence may need thirty to one hundred and eighty days to exhibit its features.
The HBV statistics:
HBV is amongst the deadliest and widespread human pathogens. As per the current statistics, it traps more than three hundred and fifty million people across the globe. The deaths in the record, due to HBV infection come out to be more than six lakh.

The Current Studies on the HBV:
The origin and the evolutionary features of the Hepatitis B virus remains a mystery even today.
The scientists involved in the current HBV study recovered the ancient HB DNA (deoxyribonucleic acid) from the skeletal remains excavated from the ancient sites. Also, they also have successfully reconstructed the Hepatitis B viral genome from three of its strains.
The ancient viral genome resembles its modern forms, but with a lineage of dissimilarity.
The lead author of the research study, Ben Krause-Kyora conveyed, “Our results demonstrate that HBV already existed in Europeans 7,000 years ago and that its genomic structure closely resembled that of modern hepatitis B viruses, despite the differences observed. More ancient precursors, intermediates and modern strains of both human and non-human primate HBV strains need to be sequenced to disentangle the complex evolution of this virus.”  Ben Krause-Kyora is a part of the Max Planck Institute for the Science of Human History and Kiel University.
eLife journal witnesses the presence of the study in its database. For the survey of the HBV strains, the researchers scrutinized and obtained the samples from the teeth’s of fifty-three skeletons. These skeletons were excavated during an archaeological study carried out in the Neolithic and Medieval sites in Germany. The skeletal remains date back to the period between 500 BC to 1200 AD.
Out of the three viral genomes recovered, two belonged to the Neolithic period; while one belonged to the medieval period. Interestingly, the two Neolithic viral genomes closely resemble the Chimpanzee and Gorilla HBV strains.
The current studies raise the zest in every curious mind to watch out patiently what will be the future endeavors of the HBV studies. We all hope the entire virologist fraternity a GOOD LUCK in their future endeavors!

Minimizing the Chance of Getting Injured at the Gym

Causes of Infertility and Treatment Options

Good article to share with all of us! At least we get to know about HBV and its future implications.

Really a #MustRead article. Good One. Have shared it. It needs to be spread.