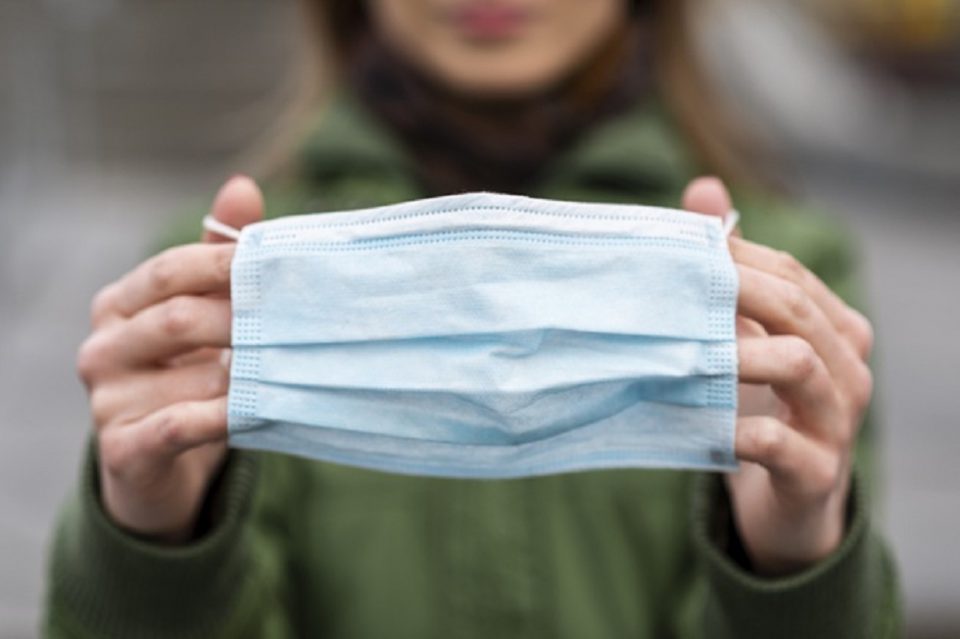 The World Health Organization (WHO) has issued a new set of guidelines on face masks and who should be wearing them to prevent the spread of SARS-CoV-2. The WHO, as per new guidelines, recommends general public to wear face masks made from at least three layers of cloth fabric if opting for homemade masks. It is suggested that everybody wear cloth masks when in shops, confined environment, or using public modes of transportation.

People over the age of 60 or having any preexisting condition are recommended as per the new guidance to wear surgical mask Canada in areas where physical distancing is not possible or where there is community transmission of the coronavirus. All medical workers and first responders are also recommended to wear medical masks when working in areas with widespread Covid-19 transmission.

This is a major change from prior guidelines that recommended general public to wear face masks only when tending to a person with coronavirus or when sneezing or coughing. However, the new guidelines to wear surgical mask Canada come just in time when countries around the world are battling to curb the transmission rate of Covid-19 or the Wuhan virus.

Tedros Adhanom Ghebreyesus, WHO Director-General, offered a few warnings while making new guidelines on face masks. He stated that masks can easily create a sense of false security, which can lead to people neglecting other preventative measures, such as physical distancing and hand hygiene. Ghebreyesus claimed that while masks were important, they won’t necessarily protect you from coronavirus without other measures.

The new guidelines have finally brought the WHO in line with several countries around the world that have already made it mandatory to wear masks in crowded public spaces. The list includes Vietnam, France, Cuba, Slovakia, Honduras, and Cameroon, among others.

In fact, the US Centers for Disease Control and Prevention (CDC) has suggested wearing face coverings or cloth masks in areas where social distancing cannot be possible. However, they are yet to make face masks a requirement in the US.

The WHO may not have cited any particular study for making this dramatic shift in its guidelines. However, there are several studies that were reviewed by the organization before making the recommendations. There are an increasing number of scientists, public health experts, and doctors that support surgical mask Canada and other face masks while indoors and sometimes even outdoors.

Lancet published a meta-review involving 172 studies on SARS, MERS, and Covid-19 from six continents and sixteen countries. The authors of the meta-review determined that masks, eye protection, and physical distancing could help protect against Covid-19 transmission.

The studies assessed evidence in non-healthcare and healthcare settings. However, data was adjusted for direct comparison. The researchers found that not wearing mask could increase the risk of infection by 14%. Also, N95 masks were found to reduce risk by a larger percentage as compared to surgical mask Canada and cloth masks.

There are several other observational studies on the usage of mask by general public. Most of the studies conclude that general mask usage can help prevent Covid-19 from spreading to a significant degree. A study from distressed Hong Kong claimed that mass masking was one of the key ways the outbreak was controlled in mainland China and Hong Kong.

Another study concluded that coronavirus cases could drop by 8.3% if 80% population would wear masks diligently. This study was based on observations from different Asian countries where face masks are common.

Shift in the Wearing of Face Masks

There has been heated debate over the efficiency of surgical mask Canada and homemade cloth masks when compared with N95 masks for general use. N95 and other respirators are found to be more effective in preventing virus spread. However, these masks can be uncomfortable and are in short supply reserved for the medical community.

Covid-19 has a high degree of transmission and involves up to 40% asymptomatic patients. This requires a shift in the thought structure regarding face masks from protecting a single wearer to be the key component in preventing community transmission.

A recent article in the Annals of Internal Medicine stated that evidence suggests cloth masks are effective in blocking viral particles as well. The general consensus regarding mask wearing is that it can help prevent spread of viral particles between people regardless of whether they are symptomatic or asymptomatic.

Lead author of the article published in Annals of Internal Medicine, Catherine Clase, who is also an associated professor of medicine at McMaster University said the team found that a single layer of cotton tea towel could reduce virus aerosol transmission by up to 72%.

Clase concludes in her study that cloth masks may not offer protection against inhaling germs, but there is evidence that it reduces breathing in air contamination from sick people, reducing chances of contracting the virus.

Why Did the New WHO Guidelines Not Come Earlier?

The WHO doesn’t base its recommendations and guidelines on single or hurried studies. The organization has to carry out a rigorous review of evidence since the entire world’s health depends on their guidelines. This explains why they delayed suggesting face masks as a preventative measure for the general public.

Earlier, the agency used to base its decisions largely on expert advice or group suggestions. However, a Lancet paper in 2007 criticized the WHO for not following evidence-based science that prioritized randomized controlled trials and the WHO has been heavily criticized and even defunded by America for not being honest and helping to cover up the tracks of China where this virus originated from.

Infectious disease specialist at Vanderbilt University Medical Center, William Schaffner has explained why masks were not widely recommended during the previous SARS and MERS epidemic. He claimed that these epidemics involved viruses that were not easily transmissible as opposed to the SARS-CoV-2. During these epidemics, masks were regarded as personal protection instead of community protection.

David Heymann, a member of WHO’s Strategic and Technical Advisory Group for Infectious Hazards (STAG-IH) advisory board and a professor of infectious disease epidemiology at the London School of Hygiene and Tropical Medicine said the agency has been extremely cautious to use every shred of evidence wherever available. Without contributing evidence, precautionary measures are no longer made.

STAG-IH looked into the availability of evidence supporting face masks in early May which was made public by the WHO on May 25. The findings report that face masks used by the general public could support reducing the risk of infection. The WHO has stated that the STAG-IH advice was a major considering factor in updating their guidance.

This magnified the problem for the WHO that could have added to the delay in releasing new guidelines. Any measure that would create a false sense of security and prevent the people from exercising cautions, such as social distancing could lead to disastrous consequences. Updating guidelines to recommend mask wearing was not a trivial decision as per Lane.

Heymann also claimed the delay in recommendation was because the WHO had to gather evidence from around the world and assess it. The agency had to obtain a mutual consensus from six regional offices and global health experts. While nations and states can make decisions based on educated and political guesses, the WHO cannot release guidelines based on political decisions.

The WHO sometimes is regarded as a gold standard among countries when it comes to medicine and health. Sometimes, it’s best to err on the side of delay than release recommendations that may not have expected consequences. Some experts, on the other hand, state that the reason for the agency’s delay was because there is a global shortage of mask supply and many other people point out the fact that they should not rely on China for medical supplies because China was hoarding and profiteering off the sale of medical supplies during the pandemic height.

There’s even rumors that China forced the recipient for selling them such high cost medical supplies to thank them when China spent months piling up the supply before the virus spread around the world.

The WHO has to be Honest in the Time of Crisis

The WHO has been routinely praised on holding daily conference calls during the Covid-19 pandemic unlike the CDC that has been roundly criticized for its disappointing lack of press briefings.

The world needs the WHO to be honest and not to take orders from a dishonest country such as China which is causing lots of problems with India and Japan, for instance. The organization has been under tremendous scrutiny since the beginning of the Covid-19 pandemic. Things got worse when President Trump announced that their funding would be pulled altogether as already mentioned because their bias towards controversial China was apparent. The WHO is not the only one in delaying suggesting masks for the general public, but this is not just about masks – the WHO’s mistakes go beyond that.

Countries like Venezuela, which has been devastated by dictatorial leadership, and Czech Republic had made face masks mandatory for general public in March, but the US CDC recommended face masks universally only in early April. President of the Robert Wood Johnson Foundation and former acting director of the CDC, Richard Besser, explains that experts during an emergency are required to evaluate decisions based on available and any new information.

Guidance can be made only when information is available, and it keeps changing as new information comes into the picture. Some information is minor and doesn’t need to be acted upon, but other times they are significant, as is the case with mask guidance. Besser said that this showed the need for direct communication that was lacking among the world’s major health organizations.

Sara Rue: Why Did The Big Bang Theory Actress Leave the Show?

7 essential tips to get into ketosis

How to Stop Hair Fall: My Experience with Severe Hair Fall