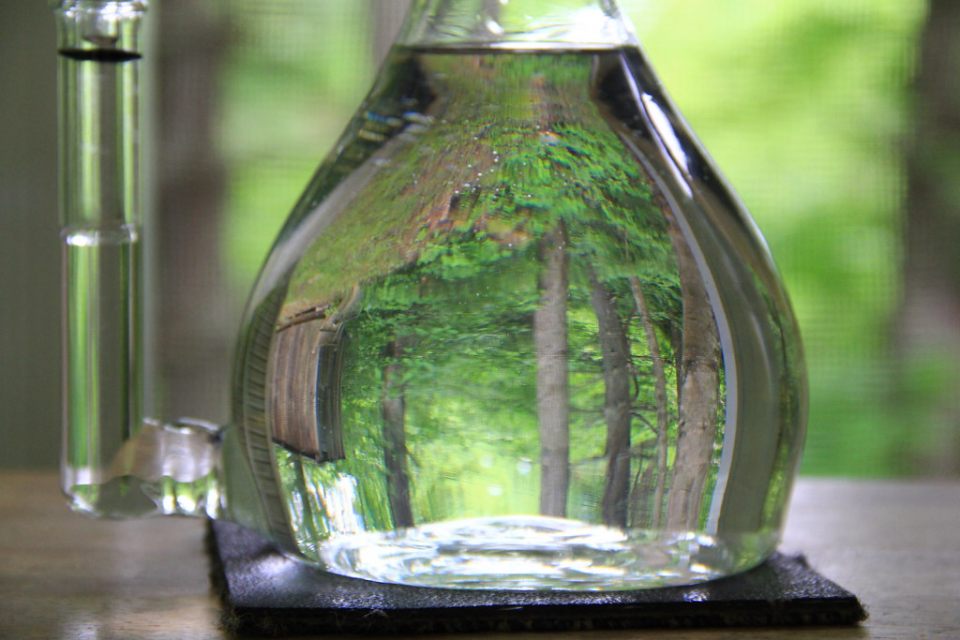 It’s summer and you’re about to leave the house in sandals but you take a look at your yellow nails and re-think leaving all together. Can tea tree oil for nail fungus help? Let’s find out.

Tea Tree Oil For Nail Fungus: How It Helps

Do You Have Toenail Fungus?

Human toes present an ideal environment for the nail fungus, which is why the toenails are often the first body parts to become infected.

The symptoms of a toenail fungus infection in many cases, starts with a white or yellow spot under the tip of the toenail. You may notice that the infected nail often becomes thicker than normal, and it can become yellow in color. Sometimes the nail can also become brittle, loose, or have a warped appearance leaving behind the natural shape of a toenail.

How Does Tea Tree Oil Break Down Nail Fungus?

IMP: Nail fungus can be challenging to treat because it may not resolve right away. Consistent use brings results but keep in mind that the results won’t be immediate.

Among its healing benefits, tea tree oil may be an effective treatment for nail fungus. This essential oil fights off the build up of fungus by breaking down the structure of dermatophyte. This is the particular fungi growing in your nails that causes the appearance of yellow toenails.

But when did it decide to put up a house on your toes? Well, this fungi can be accidentally picked up from walking around public pools, while changing in locker rooms, and from other similar types of activity. The pesky fungus, like its family, thrives in wet and warm environments. Unfortunately your feet become the perfect host but this is so not desirable.

Luckily, Tea Tree Oil is extremely potent in its antibacterial and antifungal capabilities, so dermatophyte is fought off using the natural treatment. Once it’s applied, it seeps down into the bed of the nail and starts to infiltrate the accumulated bacteria. It takes time, but you will notice a steady improvement as long as you are consistent with your applications.

Once you start to see some improvement, it’s important that you shave away the access part of the nail so that more oil can seep into the lower layers of the nail for continued improvement. As a precaution always remember to dilute the oil before using it or you can have some undesirable reactions.

Research from a 2013 study showed that tea tree oil was effective in reducing growth of the fungus Trichophyton rubrum. Trichophyton fungus can cause infections such as nail fungus and athlete’s foot. Improvements were seen after 14 days.

It’s important to note that this study was done in vitro model, which is sometimes called a test-tube experiment. In in vitro studies, the experiment is done in a test tube instead of on an animal or human. Larger human studies are needed to expand on these findings.

Research from a 1999 study found that participants could successfully manage toenail fungus by using a cream that contained  a combination of butenafine hydrochloride and tea tree oil.

After 16 weeks of treatment, 80 percent of participants who used this cream cured their toenail fungus with no relapses. No one in the placebo group cured their nail fungus. Further studies are needed to determine which of these ingredients is most useful in treating nail fungus.

In a 1994 study, pure tea tree oil was equally as effective as the antifungal clotrimazole (Desenex) in treating fungal toenail infections. But after six months of twice-daily treatment, results of both groups were similar. While both groups had positive results, recurrence was common. Further studies are needed to determine which of these ingredients is most useful for non recurrence.

Dermatologist, Dr. Christopher Hull, mentioned tea tree oil in one article and its effects on fighting off toenail fungus:

How To Use Tea Tree Oil For Nail Fungus

Nail treatments for fungus work to target the fungus on and around the toenail. Preparing your nails for an application is the best way to ensure fast results and a speedy recovery.

Allow the oil to coat and penetrate the entire nail. This is important so the fungal nail must be clean and free of any dead nail tissue or nail polish.Carefully follow these steps to prepare for your nail fungus treatment :

Infected nails tend to be very thick, so use an extra large clipper for this task.

Carefully trim off excess growth and any dead portions of the nail, and try to get the nail to be even and straight.

Trimming allows the oil to penetrate the nail faster, and it also promotes healthy growth so you can get rid of the toenail fungus.

Beware, the oil can burn if you cut the nail down too short.

After clipping the nail, use the help of a  nail file to buff away any remaining dead areas on the nail.

This gives you the opportunity to cover as much of the infected nail as possible and get down into the deepest layer to help fight the fungal infection.

Cleansing removes any remaining debris that may be left over.

Cleaning also kills bacteria that may interfere with the antibacterial properties of the oil breaking down the nail fungus. Clean in the area between the toes, and rinse off all traces of soap. You should make sure that your feet are completely dry after cleansing. Don’t allow further fungal growth.

Tea tree oil is not to be used in an undiluted form, so it’s important to remember this before applying the oil straight to the toe.

The oil can be diluted with another carrier oil, such as jojoba, almond, coconut, or olive oil.

Once the oil has been diluted, it can be applied to the infected nail using a cotton ball, or you can paint it on like nail polish as a fungal nail treatment.

So, coat the affected area liberally with oil and gently scrub the area with a toothbrush to push the oil deep into the nail. Instead of using a towel, let your  feet dry naturally.

How long does it take for results?

You need to be consistent with the treatment in order to see results. It usually takes a few months for the nail to heal completely. Healing time depends on how severe the infection is and how quickly your body responds to the treatment.

The fungal infection is cured when you’ve grown an entirely new nail that’s free from infection.

Continue use of the tea tree oil treatment after the nail has healed to ensure prevention.

Tea tree essential oils should be diluted in a carrier oil, such as sweet almond oil.

It’s possible for tea tree oil to cause an allergic reaction. It can cause skin irritation such as redness, itchiness, and inflammation in some people.

Even with diluted tea tree oil, always do a skin patch test by:

Are you someone that hides their feet in socks and sneakers instead of addressing the larger issue of the actual toenail fungus? Hopefully you won’t need to for much longer.