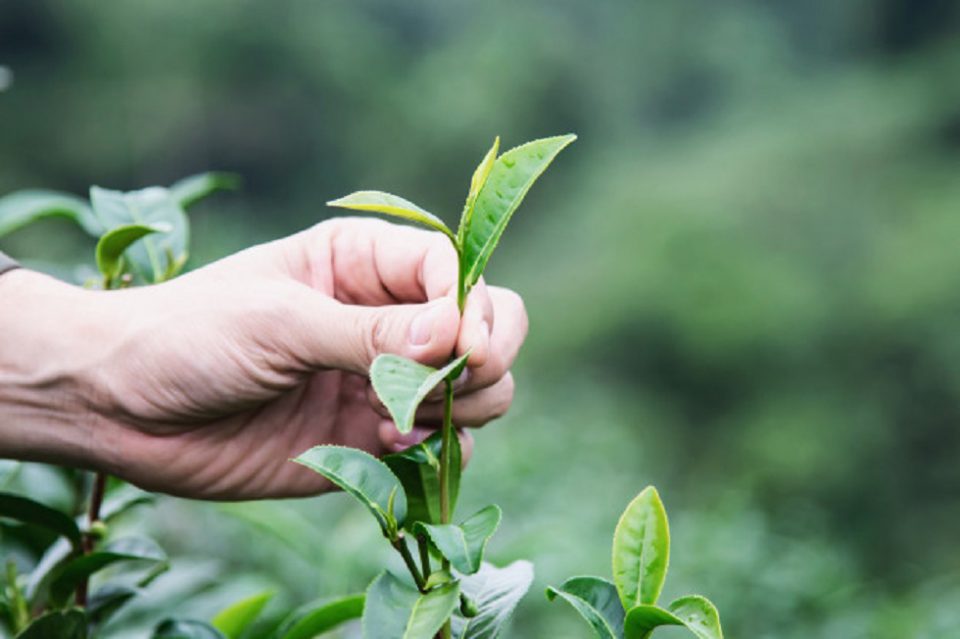 Tea tree oil is an essential oil extracted from the leaves of the native Australian plant Melaleuca alternifolia. Over the past 100 years, it’s popularity suddenly rose in the last 10 years owing to its global appeal for alternative and complementary treatment. Priced and valued as sugar once was, tea tree oil is now commonly found in makeup, skincare and bodycare, topical medicines, and household products. Unlike the dangers that followed the discovery and expansion of adding sugar to everything, tea tree oil has rightfully earned its place as one of the best extracts we’ve ever discovered thanks to its antibacterial, anti-inflammatory, antiviral, and antifungal properties that will come in handy as we battle COVID 19. Ranging from acne, to athlete’s foot, to contact dermatitis or head lice, tea tree oil benefits have to be experienced by everyone at least once.

Tea tree oil contains a number of compounds, including terpinen-4-ol, that have been shown to kill certain bacteria, viruses and fungi helping us with numerous skin conditions. One study from 2013 showed that tea tree oil helped to heal wounds caused by bacteria.

Other research points out that the broad-spectrum antimicrobial activity associated with the oil comes from its ability to supposedly damage the cell walls of bacteria.

Another tea tree oil benefit is its supernatural ability to quell inflammation, possibly due to its high concentration of terpinen-4-ol. This is a super compound with anti-inflammatory properties.

In animal tests, terpinen-4-ol was found to reduce inflammatory activity in cases of mouth infection. In humans, topically applied tea tree oil decreased inflammation in histamine-induced skin swelling which turned out to be more effective than paraffin oil.

One tea tree oil benefit highlights its ability to kill a range of yeasts and fungi. The majority of the studies reviewed focus on Candida albicans, a type of yeast which commonly affects the skin, genitals, throat, and mouth.

Other research concluded that terpinen-4-ol positively influences the activity of fluconazole, a common antifungal drug, in cases of resistant strains of Candida albicans.

Tea tree oil is extracted from the Melaleuca alternifolia plant. The National Center for Complementary and Integrative Health advises that research into the effects of topically applied tea tree oil in people is limited.

However, the oil may be useful for a number of skin concerns that affect our day to day life.  Acne is the most common skin condition. It affects up to 50 million Americans at any one time. According to researchers, one study found a significant difference between tea tree oil gel and benzoyl peroxide wherein the latter causes more dry skin while healing.

Participants who experimented with tea tree oil saw improvement in both total acne count and the severity of the acne as it helps with lightening scars as well. This adds more weight to earlier studies which compared 5 percent tea tree oil gel with 5 percent benzoyl peroxide lotion in treating cases of mild to moderate acne.

Both treatments significantly decreased the number of acne lesions, although the tea tree oil worked more a bit slower. One of the benefits that can be noted here is that those using tea tree oil experienced fewer side effects.

Symptoms of athlete’s foot, or tinea pedis, were reduced through topical application of a tea tree oil cream, according to a particular research where in 10 percent tea tree oil cream appeared to decrease symptoms as effectively as 1 percent tolnaftate, an antifungal medication.

Contact dermatitis is a form of eczema caused by contact with an irritant or allergen. Several medications for contact dermatitis were compared, including tea tree oil, zinc oxide, and clobetasone butyrate.

One thing to note is that tea tree oil itself may induce allergic contact dermatitis for some people.

During these pressing times, taking control of your baby’s health from home is an advantage. Rather than heading to the pharmacy, tea tree oil can help you in a pinch as it can be used to soothe the cradle cap on an infant’s scalp.

Mild to moderate dandruff related to the yeast Pityrosporum ovale may be treated with 5 percent tea tree oil, according to one particular research where people with dandruff who used a 5 percent tea tree oil shampoo daily for 4 weeks showed major improvements in overall severity, as well as in the levels of itchiness and greasiness, as opposed to a placebo.

It is possible to be allergic to tea tree oil but you can easily test for a reaction. Put a little shampoo on the infant’s forearm, and wash away. If no reaction occurs in 24 to 48 hours it should be safe to use.

When comparing tea tree oil and nerolidol, tea tree oil was more effective at killing the lice, eradicating 100 percent after 30 minutes but sadly, it did not kill the eggs.

On the other hand, nerolidol (a natural compound found in some essential oils – in the treatment of head lice) was more effective at killing the eggs.

A combination of both substances, at a ratio of 1 part to 2, is going to be ideal to destroy both the lice and the larvae from the eggs.

Another tea tree oil benefit is that it was good at “suffocating” the lice when combined with lavender essential oil.

Fungal infections are a common cause of nail abnormalities. They can be difficult to cure.

One study wanted to distinguish the effects of a cream comprising both 5 percent tea tree oil and 2 percent butenafine hydrochloride (a synthetic antifungal) with a placebo.

After 16 weeks, the nail fungus was cured in 80 percent of people. None of the cases in the placebo group was cured.

A gel containing tea tree oil may be helpful if you suffer from chronic gingivitis, an inflammatory gum condition.

Study volunteers who used tea tree oil gel experienced a great decrease in bleeding and inflammation when compared with a placebo or a chlorhexidine antiseptic gel.

Other research indicates that a type of bacteria associated with bad breath may be influenced by tea tree oil and alpha-bisabolol, the active component in chamomile.