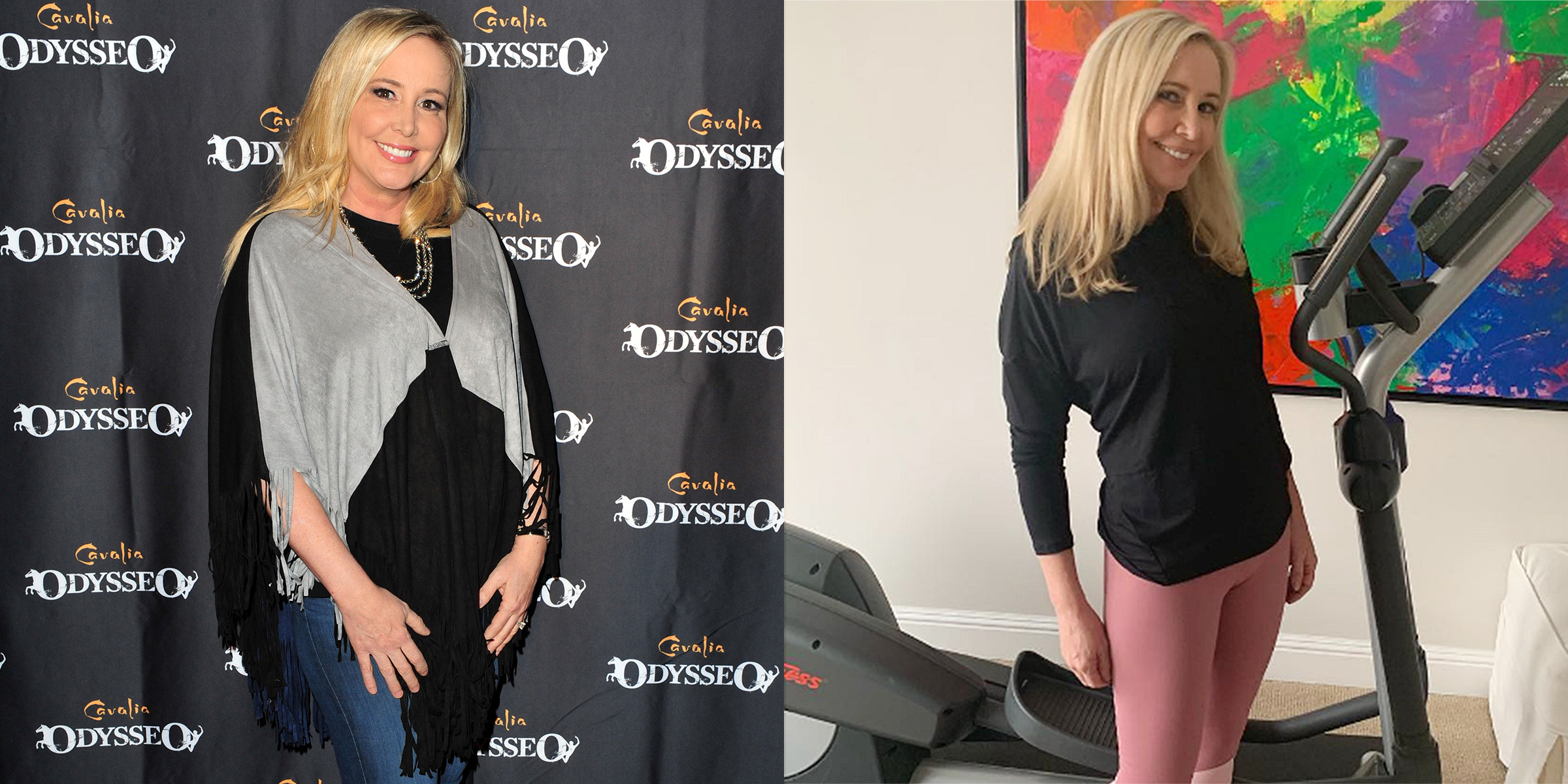 Shannon Beador’s weight loss mostly stemmed from her marital separation in the year 2017.

Gaining 40 pounds, between season 11 and 12 of The Real Housewives of Orange County, Shannon Beador’s weight was highlighted when the mother of three visited the office of holistic specialist Tim Ramirez. As she stepped on the scale for the first time in many months, the petite star, who normally weighs 118-120 pounds, had grown to 172.2 pounds.

By the season 12 reunion show, Shannon Beador had appeared on Watch What Happens Live, and revealed that she lost around 15 pounds.  “I’m 29 percent body fat right now,” she told Andy Cohen, adding that Dr. Tim Ramirez helped to shed the weight off since 2017.

Then, he asked her about his reaction to her 40 pounds weight gain on RHOC.  “The last time I weighed in with Dr. Tim I was 134 pounds,” Beador went on to confess in her interview as she stepped on the scale. At that time she admitted she was used to weighing between 118 to 120 pounds.

“He’s (Dr. Tim’s) one of my biggest supporters and at that point I was borderline at a heart attack,” she said. “I appreciated his honesty because it snapped me into gear, like I can’t fool around with this anymore.”

During a July 2017 episode of RHOC, Shannon Beador stripped down to show off her 40-pound weight gain, and broke down while doing it!  She was asked to take off her shirt to take “before” photos of her in just a sports bra and leggings.

The reality tv star explained in 2017 that she gained 40 pounds while dealing with the aftermath of her then-husband David Beador’s affair. She believed she put on weight because of the stress caused by Vicki Gunvalson making allegations that David Beadorbeat her.

On a positive note, Dr Tim Ramirez made it clear that she “had to be done” with the negative stuff if they were to work together on her weight loss.

“I knew an allegation was put out there about my husband … that stress caused me to eat more, caused me to drink more, and that’s a huge part of why I gained my weight,” Shannon said during the season 12 premiere of RHOC. “My weight gain has affected me and how I feel about myself. I’m embarrassed of my body.”

The former couple attempted to work out their relationship issues, but Shannon  Beador and David ultimately called it quits in October 2017 after 17 years of marriage! The former couple share daughters Sophie, Stella and Adeline, finalized their divorce in April 2019. As soon as she announced her split from David, Shannon  Beador was determined to go through a weight loss process.

“I always would start to lose the weight, and then I would gain it right back. So I realized I have to stop playing around and make the commitment and lose the weight,” Shannon told Us Weekly in August 2019. “I just woke up one day saying ‘Enough, enough excuses. This is your life and I want to be as healthy as I can.’ When I took my shirt off, I think they said I had 40 percent body fat. That’s like a heart attack. So it was really unhealthy.”

She also noted at the time that she needed to learn how to balance her diet and lifestyle.

“I try to eat clean, but then I also want to have fun. I don’t want to deprive myself. So, I make a few good choices and then some maybe [some] not-so-good,” she said. “But I’m not going to lie, I’ve been having a lot of fun recently and I have been going out, and you know, you gain a little back, but it’s about enjoying life and creating a healthy balance.”

On Watch What Happens Live with Andy Cohen Shannon Breador spoke about her weight loss: ‘I kept yo-yoing back and forth. ‘Finally I said, ‘You’ve lost half of it, you need to commit.’

It was all down to diet and exercise, she claimed.

‘The hardest work was changing [my] insides—getting to that mental place where I know I’m going to be okay,’ Shannon said on the premiere. ‘The weight was just, kind of, a lot easier.’

Then she showed off her weight loss in March 2019 when she tried on a shirt she wore during season 12 of RHOC. The following month, she detailed her thoughts on her diet in a video for Bravo:

“I broke two ribs, and I couldn’t exercise for a couple weeks, and that’s where I lost the bulk of my weight.  It’s what you eat. It’s what you put into your body,” she said. Now, that doesn’t mean a 24/7 stream of celery juice,” she said at the time. “You can eat flavorful, good food that’s going to satisfy you. You can eat all day if you want! You just have to choose the right things to put into your body… I always heard that it was 80 percent diet and 20 percent exercise, and yeah, do I have some flab that I want to tone up? Absolutely. But I think it’s like 90 percent or more diet.”

Shannon Beador’s weight loss was successful because she believed in making smart decisions rather than tough ones. According to Shannon by running on treadmills for hours and doing a 1000 pushups are not going to help you unless you have a diet that will help you get the best of your workout. Here are some tips to follow:

Exercises for Just 30 Minutes A Day

Rather than dread the idea of starting a fitness routine, Shannon would only spend 30 minutes working out at the gym. Half an hour is enough time for you to lose the maximum of your weight in just one month, but it should be regular and positively challenging. You’ll also leave the gym in a fantastic mood, instead of leaving red faced with jelly legs.

Detox tea is also a good choice for anyone who wants to lose weight as it does not allow unwanted fat to sit inside your body. Shannon Beador has a detox tea but the ingredients don’t have any sugar in it. Consumption of sugar can mess with weight-loss goals so avoid making your tea sweet

But beware of drinking too much detox tea because our existing detox is the kidneys and other vital organs who already take care of the toxins.  For some, detox teas may be a problem, and relying too heavily on fluids for nutrients can lead to electrolyte imbalances.

Shannon Beader may have used a sweat belt to sweat and lose water weight.

However, most people say that the water you lose, eventually comes right back when you rehydrate. And many people don’t show much weight loss with the help of a sweat belt.

Shannon Beader used cupping therapy for her weight loss as it helps with inflammation of muscle areas. This is very helpful when you have sore muscles from putting in hours at the gym.

“What I’ve come to realize is everyone wants to be healthy, but you can drive yourself crazy trying to be healthy all the time. I believe that if you create a healthy balance,(and) if you make a few smart choices during the week, you can have that cocktail on the weekend, or you can go out to dinner and eat whatever you want in a restaurant.”

There is nothing better than leading a happy life, enjoying balance and the benefits of consistent work. This is what makes the foundation for Shannon Beador’s weight loss!