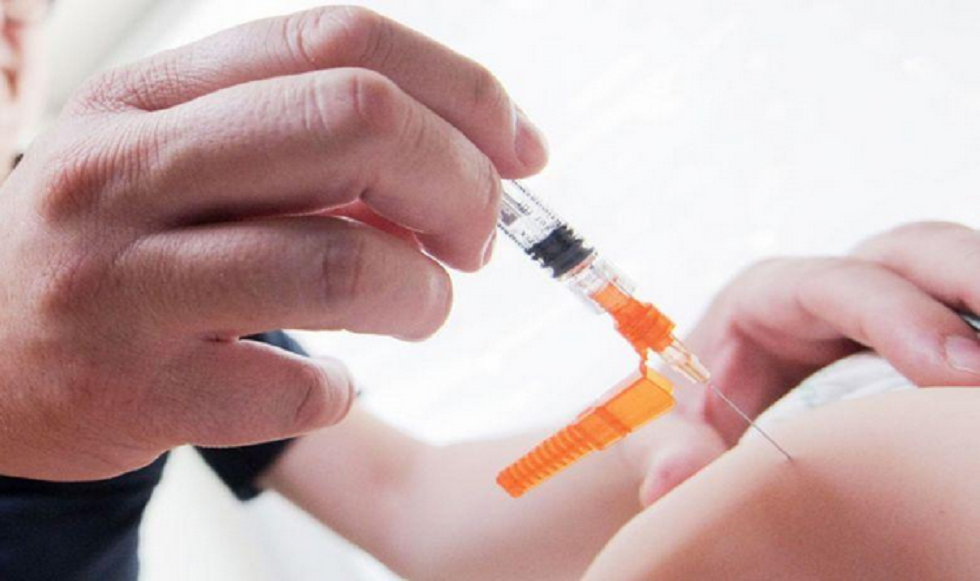 A state of emergency was being declared in Samoa, with the measles outbreak taking more than a dozen lives. As of November 23, 2019, the death count from the measles epidemic in Samoa has reached up to 32 with 10 cases. The outbreak of the infectious disease believed to have occurred in New Zealand has spread throughout the Pacific, but Samoa has been hardest hit because of low vaccination rates. The measles epidemic in the South Pacific nation has now reached over 2400 people diagnosed with the infectious disease. Of those who died, 28 are children under the age of four. Despite massive immunization initiatives, the number of cases reported to the country’s disease surveillance team keeps rising rapidly. Samoa has declared a state emergency shutting down all its schools, prohibited children from public gatherings and mandating everyone to get vaccinated. Groups of people have been travelling across the country providing thousands of vaccines. New Zealand foreign affairs minister Winston Peters announced that the government was sending measles vaccines and nurses to assist in the Samoa outbreak. Of the 716 suspected measles cases, 40% needed hospitalization.

Measles is highly contagious and in Samoa, the epidemic took the lives of many infants and children’s. Samoa has closed all schools, kindergartens and the country’s only university to stop the spread of the virus. While declaring a state of emergency the government plans for compulsory vaccinations against measles, mumps and rubella (MMR). New Zealand, which is also experiencing measles outbreak in the Auckland region, will send 12 nurses and 3000 MMR to support Samoa’s public health response. Helen Petousis-Harris, an immunologist at the University of Auckland said that although the measles was already widespread, the mass rollout of vaccinations could help to reduce the number of cases and death rate. She also said that it was important to boost Samoa’s low immunization levels and help prevent future outbreaks. The country’s vaccination program got briefly suspended last year when two infants died shortly after receiving the MMR vaccine. Subsequent investigations found that the problem was not widespread use of the vaccine but that it was incorrectly being prepared by the nurses administering it.

The health ministry reports that two-thirds of its 200,000 residents got vaccinated while UNICEF places the vaccination rate even lower at 28-40 percent. UNICEF distributes over 110,000 doses of the measles vaccine, giving priority to those under the age of 19 and women aged between 20 and 35. With additional restrictions, they have prohibited pregnant women from going to work who were not being immunized against measles. Figures from the WHO and UNICEF show that the rates of measles immunization among Samoan infants decreased sharply from over 70% in 2013 to less than 30% last year. With recent outbreaks of measles and as the holidays are near, UNICEF and the World Health Organization (WHO) urge the public to ensure that they are being immunized before travelling internationally or attending any events or gatherings and strongly encouraging parents to vaccinate their children against this contagious disease. Vaccination provides the safest and most effective protection against measles. UNICEF and WHO are working to provide strong support and resources to help Pacific Island countries including Samoa, respond to the threat of measles, including the delivery of 89,000 vaccines that will help to protect the at-risk population. However, support is being provided on the surveillance and responses to outbreaks, access to laboratories (for testing) and provision for medical supplies. On October 16, the Samoa Ministry of Health declared an outbreak of measles and on October 22, the Tonga Ministry of Health released a health advisory reporting confirming cases of measles. WHO suggests that at least 95 percent of the immunization coverage is being needed to achieve ‘herd immunity’ to measles, which helps protect populations by preventing the spread of the virus and ensuring that most people are immune. WHO representative Dr Corinne Capuano has advised to the South Pacific region that two doses of the measles vaccine can provide a maximum level of protection against the disease, providing about 99 percent protection to an individual. Vaccination helps to prevent many cases of measles around the world. The WHO estimates that 2.6 million people who have not received the vaccine die every year from measles.

How to stay alert for measles- Signs and Symptoms

Measles is a serious but highly infectious disease caused by the rubeola virus. It spreads easily from person to person through the air, breathing, coughing and sneezing. Anyone who has not got infected or vaccinated is more likely to have measles if they breathe in infected droplets or in physical contact with an infected person. If measles enters an environment where the people have never gotten exposed to it then the result can be disastrous. A person receives immunity after a bout of measles for the rest of their life. They are very unlikely that you will contract measles a second time. If a person gets diagnosed with measles, the initial symptoms may occur 10 to 12 days after being infected. The main symptoms of measles include high fever, runny nose, cough, sneezing, red, watery eyes (conjunctivitis) and white spots inside the mouth. About three to five days after these initial symptoms a red, blotchy, non-blistering rash develops in the hairline and behind ears, spreading across the face and then over the body. The rash is not itchy even though the mark exists. Most childhood rashes are not measles, parents should take their child to see a doctor if the symptoms worsen or the fever rises above 38 Centigrade or 104.4 Fahrenheit.

Overview of Samoa measles outbreak from October to November

The Ministry of Health held a conference in Apia on October 9 to report the alleged case of measles that could get transmitted from the outbreak of Auckland. The government of Samoa is planning to set up isolation facilities for patients suffering from measles. They will also create a space in Apia, pop-up vaccination clinic for children to speed up herd immunity and an extra airport passenger surveillance at airports. The World Health Organization warns of unnecessary air travel to Samoa. On October 16, the government confirmed the outbreak of measles. There were seven cases of measles involving two adults and five children were all treated and discharged without complications. However, there was one death, which was of a one-year-old child. There were 169 suspected cases of measles as of October 20. 53 percent of the children were under the age of 4 and 20 percent between the ages of 20 and 30. 91% of suspected cases are in Upolu, while the other 9% are in Savaii. There were 314 suspected cases of measles on October 27 with 15 confirmed cases. Over 55% of the cases suspected were children under four years of age. About 80% of suspected cases are in Upolu, while 20% are in Savaii. Because of the current measles epidemic, the Samoan government will close all schools in the country. The Cabinet has approved the closing of all primary schools from 15 November and all secondary schools from 29 November. Over 300 people mostly young children were being suspected of having a viral illness.  Three people have died from suspected cases of measles since the declaration of the epidemic in October. As of 4 November 2019, there were 513 suspected cases of measles with 48 laboratory-confirmed cases. Till date, there was three measles-related mortality an 8-month-old, 14 months and a 37-year-old all highly suspected measles and awaiting laboratory confirmation. Of the 513 suspected cases, 62% are children under the age of five, 10% are between the ages of five and fourteen, 15% are from the age 15 to 24, 7% are between the ages of 25 and 35, 6% are above the age of 35. Of the suspected cases, 83% (370) are in Upolu and 15% (73) are in Savaii. The Ministry of Education and Training and the ministry of Tonga announced that all government primary schools will be closed from 14 to 25 November 2019 in order to further contain the measles outbreak. In Tonga, the health ministry advised people to take precautionary measures to minimize the spread of measles, especially among students. The situation in Samoa is worsening. There are at least 628 reported cases of measles identified with 48 confirmed cases so far. For years, Samoa had a very poor take-up for measles vaccinations and the country had some world’s lowest coverage of vaccines. UNICEF announced on 18 November that it is supporting the Samoa Government to respond to the outbreak of measles in the country. UNICEF has deployed health and communication staff in Samoa to support the government’s immunization campaign, delivering 110,500 doses of measles-containing vaccine and 30,000 tablets of Vitamin A. The Samoan ministry of health issued a press release the day before providing details of the mass vaccination campaign due to start on November 22 in urban Apia and Leulomoega. As of 21 November, Samoa has dealt with over 700 cases of measles. Around 70,000 people are in the targeted groups for vaccination, including children and infants (6 months) to 19 years of age and non-pregnant women from 20 to 35 years.

Best Things to Do in Helsinki