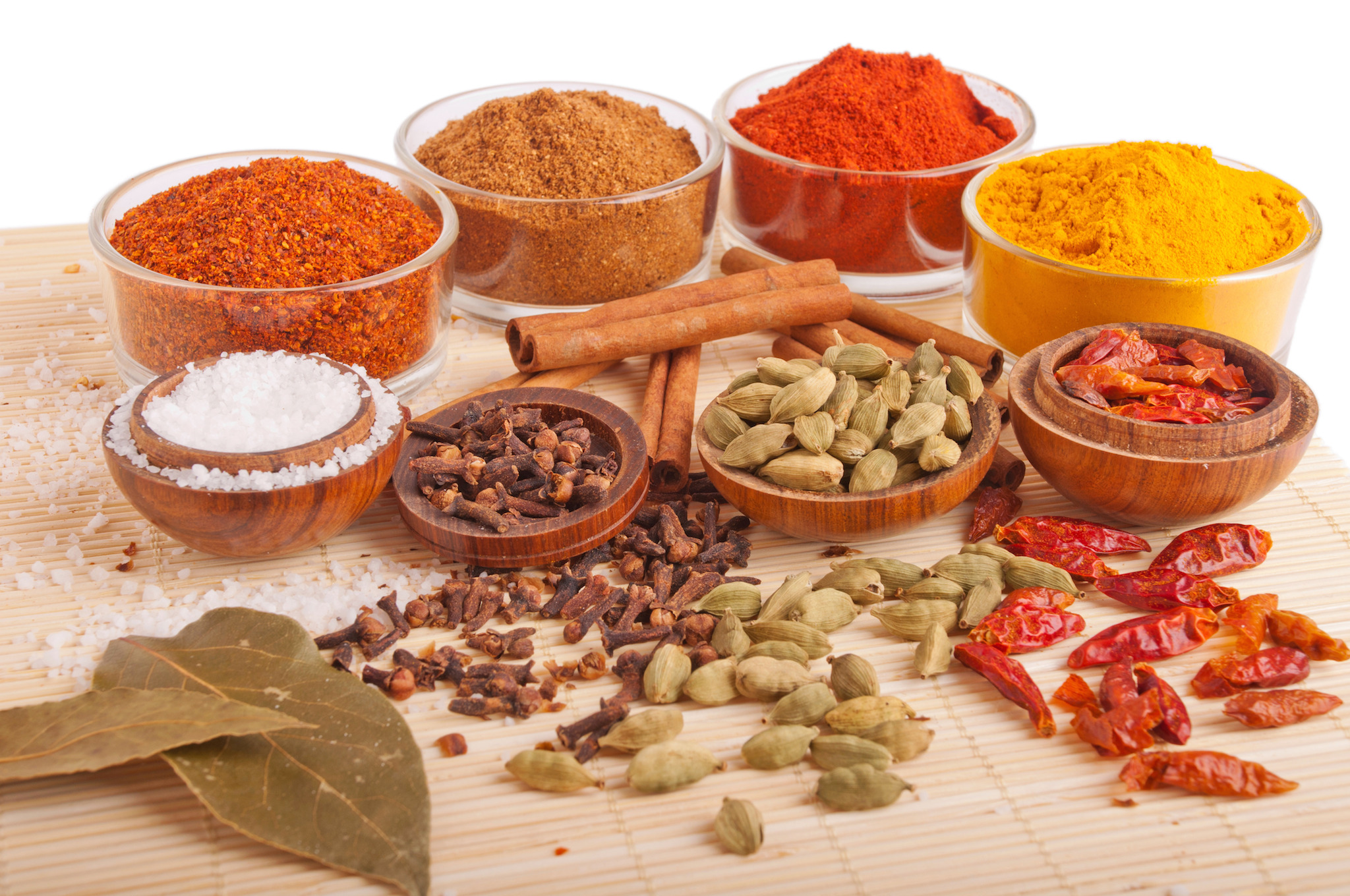 India is the prominent producer of a wide range of spices, oils and oleoresins from spices of various grades. Spices and spice derivatives are also expanding their applications to industries such as pharmaceuticals, medicine, beverages, food processing and personal hygiene products.
The use of herbs and spices has been incredibly important since Vedic times. They do much more than just flavor or fire up your food. Ayurveda and naturopathy have tapped the astonishing healing properties of certain common cooking ingredients to cure a variety of ailments.
Some of the popular spices and their health benefits are as follows: 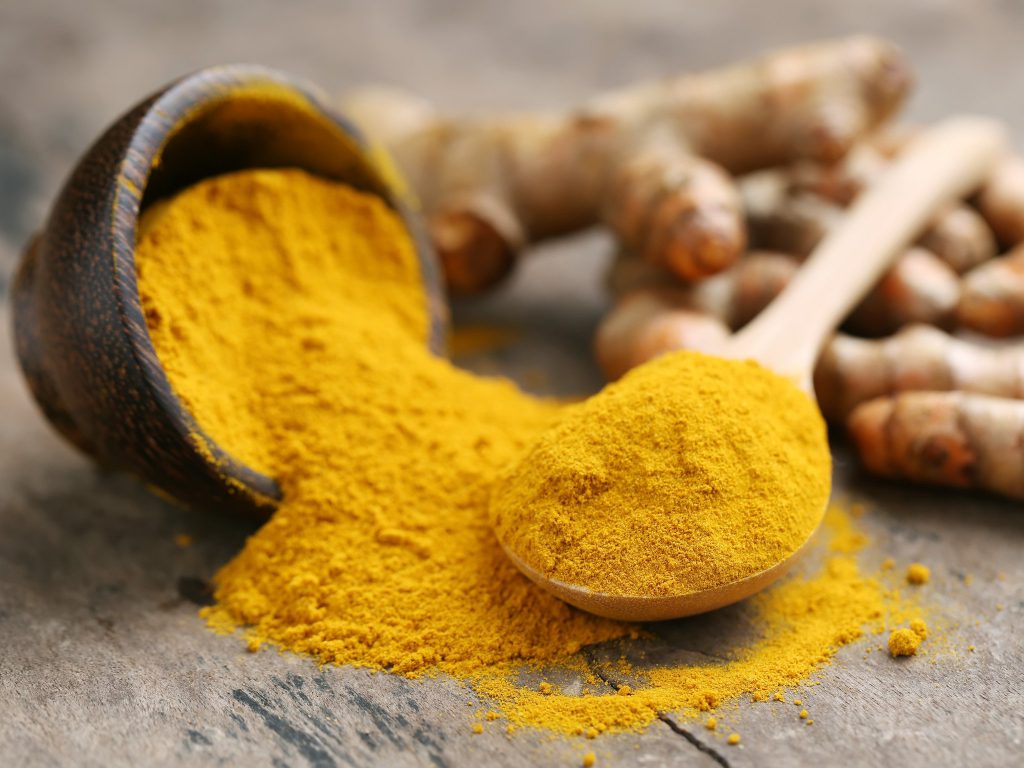 It contains several compounds with medicinal properties, the most important of which is curcumin. Curcumin is a remarkably powerful antioxidant, helping to fight oxidative damage and boosting the body’s own antioxidant enzymes. Studies suggest that it can improve brain function, fight Alzheimer’s, reduce the risk of heart disease and cancer and relieve arthritis. It also helps in minimizing liver damages caused by taking excessive alcohol consumption or regular use of pain-killers. A warm glass of milk mixed with turmeric helps in cold and cough. It is also an antiseptic. 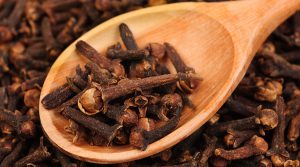 Chewing on a couple of cloves is a popular home remedy that has its roots in Ayurveda. By breaking cloves down with your teeth, you release oils with antiseptic properties which help numb the area and also kill bacteria. The antiseptic and antibiotic properties of clove oil are used in medicines especially in dentistry, oral and pharyngeal treatments. It has wider applications in preparations of toothpaste, mouthwashes and soaps. It is also reported to help diabetics in sugar assimilations. Some traditional remedies also suggest a warming broth with cloves and other spices like ginger to treat congestion, colds, and coughs. 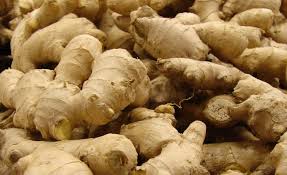 Ginger is a great addition to your kit for its anti-inflammatory properties. Ginger helps to relieve common colds. It is also most commonly known for its quick relieving effects on heartburn, nausea, upset stomach, diarrhea and motion. It has been found to be a beneficial anti-inflammatory, due to its high levels of gingerol, making it a great natural remedy for headaches, minor body aches and even some cases of arthritis. Pregnant women who wish to ease morning sickness can keep ginger handy.

Cinnamon is a popular spice, found in all sorts of recipes and baked goods. It contains a compound called cinnamaldehyde, which is responsible for cinnamon’s medicinal properties. Cinnamon is helpful for diabetics as it helps in digestion of sugar. It has astringent; stimulant and carminative properties and can check nausea and vomiting. Cinnamon is also an anti-inflammatory, improves cardiovascular health, increases metabolic rate, helps control and regulate blood sugar, and has anti-microbial effects. 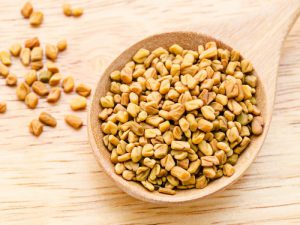 Fenugreek was commonly used in Ayurveda, particularly to enhance libido and masculinity. While its effects on testosterone levels are inconclusive, fenugreek does seem to have beneficial effects on blood sugar. Fenugreek contains a variety of beneficial nutrients, including iron, magnesium, manganese, and copper, as well as vitamin B6, protein, and dietary fiber. It is considered as a potent substance that eases the process of menstruation and relieves the associated symptoms. Most of the health benefits of fenugreek are due to the presence of saponins and fibers in it. This also aids in treating constipation, diarrhea, and relieving minor indigestion. 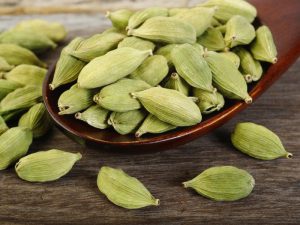 Cardamom eases out digestive problems and reduces flatulence; it is known to provide relief from throat problems, chest congestion and gum infection. It also eases nausea and prevents vomiting. You can also gargle with a mix of cinnamon and cardamom to cure a sore throat when you have flu or pharyngitis. The floral and sweet aroma of cardamoms makes it a natural breath freshener. A major component of cardamom oil called cineole is known for its antimicrobial properties that promote oral hygiene and it also fights bacteria that cause bad breath.

Top 10 Cities With Most Beautiful Women in India

DETOX WATER FOR DETOXIFICATION- A MYTH OR A BOON?

Thank you. I’m glad you found the article useful. 🙂

Well written and it is very useful..👍🙂

Thank you so much Vaishnavi iyer. 🙂

Thank you Rishabh Gathan. I’m glad you like it.:)