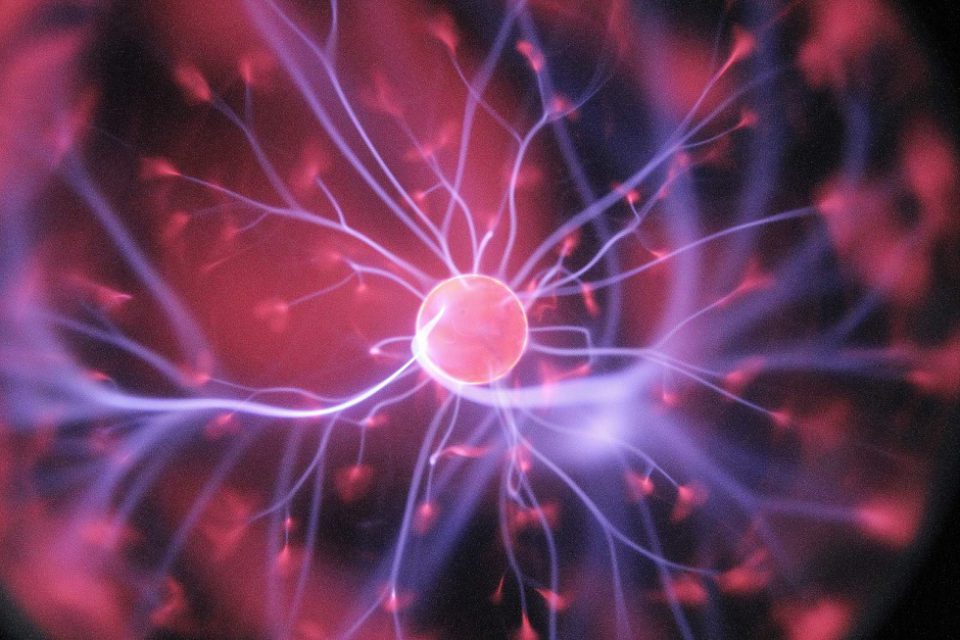 Humans are one of the most complex beings in the world with a highly functional system that is truly a masterpiece. The human body functions extensively with a connection of systems and components that work hand-in-hand as a compact system to ensure that the body functions optimally. As a body of complex codes, genes play vital roles in many areas.

At a glance, MTHFR looks like an abbreviated form of a curse word, but a closer look might leave you wondering. Read on below for all you need to know about this unique gene and how it can affect your life.

What Is The MTHFR Gene?

Science has established that the human body comprises a variety of gene codes, each designed and written to perform a specific function at a given period. Together, these genes help make each individual a unique being with unique characteristics.

The MTHFR gene is unique in the body and is a particular gene variation, fully known as methylenetetrahydrofolate reductase. This mouthful of a gene variation is actually in charge of providing and giving instructions for the body to make the methylenetetrahydrofolate reductase enzyme, which performs some very vital biological processes in the body.

The enzyme itself, under the instructions of the gene, has the priority of converting metabolized folate and folic acid — which are forms of Vitamin B9 (amino acids) into an active form that circulates in the blood.

The first thing to note is that humans naturally inherit gene variants and gene mutations from parents right from conception, like an adapted in-print from either of the parents or both of them, which is bestowed on the child to make a completely new being.

To have a single variant means to be heterozygous, which is mostly categorized to be on a safer side health-wise. However, having two variants means being homozygous, and this can be a risk factor for different health issues and conditions. The homozygous variant is a case where the individual possesses two mutated MTHFR gene variants, which can result in problems for the individual in the long run.

How Does The MTHFR Gene Affect Your Body?

In the real sense of it, the MTHFR gene affects your body majorly by the function it performs, which is to convert the amino acid homocysteine into methionine. However, it can also cause a few dietary restrictions and it also has adverse effects in the cases of very high homocysteine levels in the body system, which can increase the risks of developing some health conditions.

The problems develop when the variant mutation of the MTHFR gene takes place, which in turn reduces the activity of the protein produced for usage by the body, and also increases the level of homocysteine in the body. In other words, it is the homozygous condition which has more adverse effects on the person’s health and affects the body more severely.

There are many ways in which the homozygous condition of the MTHFR gene mutation can affect the body, with different symptoms.

Some of these MTHFR symptoms range from depression to some forms of cardiovascular and thromboembolic diseases, chronic pains, acute Leukemia, pregnancies with neural tube defects, bipolar disorders, colon cancer, etc.

Other more severe conditions and disorders associated with MTHFR are briefly analyzed below. It also shows how a gene mutation affects your body, most likely from a very tender age as the condition becomes visible from childhood or, in some cases, in older people or pregnant women.

This is a genetic disorder and the inability of the body to break down the amino acid homocysteine in the body.

There are different forms of homocystinuria known to scientists in the field. However, the most common of them, which affects 1 out of 200,000-335,000 people that have homocystinuria, is called cystathionine beta-synthase (CBS).

The general symptoms of the genetic disorder include cases of pale skin and hair, having and developing long, thin arms and legs, weak bones, chest deformities, developmental delays in the child while growing and learning disabilities, behavioral problems, dislocation of the lenses of the eyes, sideways curvature of the spine, and nearsightedness.

The less common or hardly seen symptoms of this disorder are seizures, slow growth and weight gaining rate, megaloblastic anemia, and movement problems or difficulties.

Many of these conditions, according to medical advice, gets worse when there is a consumption of inappropriate food that cannot be broken down by the body. Also, there is no cure for the disorder; individuals (most times, children) can only manage the condition with medications, supplements, and food restrictions.

This condition is known to be a rare one, and it is a neurological inadequacy that limits the head growth and subsequently, the brain size of a child that is affected by it.

One of the conditions that increase the risk of a child developing Microcephaly is genetic abnormalities. An abnormality or disability that can be traced to the MTHFR gene mutation and it is known to affect between 2-12 children out of 10,000.

The main symptom associated with this neurological condition is the reduced circumference of the head. However, the symptoms are not limited to that as they also involve and include learning difficulties as related to reduced brain size, distorted facial features, and expressions.

Patients may also experience movement and balance issues due to lack of proper brain development, hearing loss, slower processing ability of the child regarding speech, walking, standing, and so on. A child affected by Microcephaly can also have a high-pitched cry, difficulty in swallowing and feeding, hyperactivity, reduced vision, and even a short stature.

This neurological condition can be diagnosed during the gestation period in some cases or while the child is growing as the child begins to display the symptoms mentioned above. Carrying out a physical examination can help determine the severity of the disorder and further symptoms.

Just like many conditions related to MTHFR gene mutation, microcephaly does not have a cure in sight yet. However, it can be managed. Solutions for this condition, involve treatments that are focused on relieving the symptoms of the disorder such as seizures, along with intellectual sessions and therapies to help in the development of the brain.

This condition is linked to having very high homocysteine levels in the body system, which leads to having protein in the urine. As a risk condition to pregnant women, preeclampsia is a condition where there is a sudden rise in blood pressure and swelling, mostly in the face, hands, and feet, and is known to affect about 5% of pregnancies. Although preeclampsia is not fatal, if left untreated, it can develop into a more life-threatening condition known as eclampsia.

Signs and symptoms that are common to preeclampsia, which is different from other common symptoms and conditions that pregnant women usually experience are the presence of protein in the urine, fluid retention in the hands, feet, ankles leading to swellings. Patients may also experience blurry vision, decrease in the quantity of urine passed out, pains below the ribs located at the right side, shortness of breath.

While the symptoms mentioned above affect the mother, the main effect of preeclampsia on the child is slow and restricted growth due to a lower quantity of blood supply to the placenta.

Luckily, preeclampsia can be treated, but only after the child is born. Until then, the mother of the fetus needs to be cautious to avoid heightened conditions of stroke and other things that are dangerous and risky to the life of both the baby and the mother.

This condition is a factor of some MTHFR genes mutation related symptoms such as multiple sclerosis and it is also as a result of genetics of the mutated genes themselves along with other relevant health related causes like head trauma.

Ataxia comes in many types and is a condition that has to do with the lack of muscle coordination. It affects the vital abilities of an individual like speech, the ability to swallow, eye movements, ability to walk, picking objects, and other things that are related to voluntary movement.

Symptoms experienced are dependent on the type of ataxia—nonetheless, the symptoms are prominent from birth due to genetic features like MTHFR gene mutation. These may vary from poor coordination skills related to body parts that are involved in voluntary movement, speech difficulty, which includes cases of slowed speech, slurred words, and so on, vision and hearing problems, balance problems, and tremors.

There are treatments to ease the symptoms associated with the condition in areas of coordination, speech, balancing, weak muscles, and tremors, amongst others.

As seen in the conditions above, MTHFR gene mutation conditions can affect your life negatively. In most cases, it can cause or increase the risks of developing diseases that do not have a standard cure. Treatments are often targeted at managing the condition rather than curing it entirely. MTHFR mutation can also increase the risks of procreation problems and even shorten your life span with very high-risk conditions.

It is essential that from the onset, parents, individuals, and couples understand their genetic structures to avoid having cases of homozygous variants springing up in their offsprings. You should visit your doctor to help you determine whether you have an MTHFR variant and what it means for you.

Diagnosis for MTHFR mutation is made through a medical history review that will display current biological symptoms, physical examinations, and various blood tests to check homocysteine levels. You can also check your MTHFR Gene mutation status by taking a genetic test to know your status.

For a general treatment of MTHFR variants, some cases only require dietary and lifestyle changes, which works for cases of low or reduced homocysteine levels in the body system. But once there is a case of high homocysteine level in the body, you will require a more professional and deliberate medical treatment, which can range from taking supplements like 5-methyltetrahydrofolate (5-MTHF), vitamins B-6 and B-12, methionine, amongst others.

As a new line of study, MTHFR gene variants and mutation seem to affect a considerable number of people. So far, what it is necessary to know is that the MTHFR gene affects your body in significant ways. Most times, it is harmless, but at other times it can cause issues such as miscarriages, procreation problems, and conditions like Microcephaly, homocystinuria, ataxia, and also a range of cardiovascular diseases like blood clotting.

Understanding one’s MTHFR gene variant and, in some cases mutation, allows the individual to forestall the occurrence of such extreme health conditions properly. It also helps such individuals to look for appropriately managed conditions that cannot be cured.

Nursing Home Negligence: 5 Warning Signs + When to Call A Lawyer