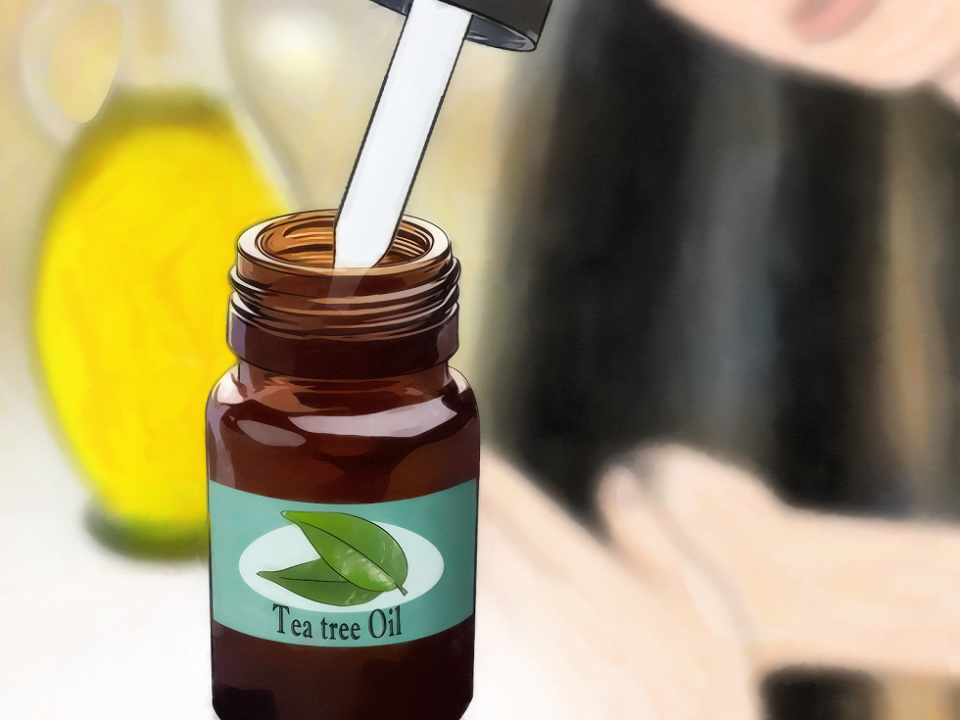 Tea tree oil treatments have been known to reduce the number of lice eggs that hatch. In this article, we take a look at answering the question: does tea tree oil kill lice and also how the properties of tea tree oil combined with other components can play a role in eliminating lice from someone’s hair.

Head lice infestation is a growing social problem in undeveloped and developed countries.

Because of increasing lice resistance, several long-used insecticidal compounds have lost their efficacy. Therefore, alternatives, such as essential oils, have been proposed to treat this parasitic infestation.

Tea tree oil is derived from the tea tree (not to be confused with the common tea plant used for making teas that we drink), and it is sometimes used to treat bacterial or fungal infections of the skin, especially the scalp. Different formulations containing tea tree oil have been used to treat athlete’s foot, acne, fungal infections of the nail, ringworm, lice and scabies. It also has been used as an antiseptic for scrapes, cuts or burns and for a host of various infections throughout the body.

Formulations of tea tree oil have been marketed to kill lice infestations by using the oil on the scalp. Most alternative therapies don’t have reliable data to support the health benefits their sellers claim. However, in the case of tea tree oil, there is a little bit of scientific data to support its use in some instances.

According to the U.S. National Library of Medicine (NLM), tea tree oil has shown some effectiveness in treating athlete’s foot, acne, and fungal infections of the nail. Small studies have also shown that tea tree oil in combination with lavender oil can kill lice eggs and reduce the number of live lice.

Tea tree oil appears to be able to kill some live lice (in one case this was true when used in conjunction with lavender oil), however, we know that over-the-counter lice treatments are far more effective at killing lice immediately and getting rid of the eggs once an infestation has occurred.

On the other hand, whether tea tree oil can prevent a lice infestation from occurring in the first place is unknown. There is no scientific evidence that shows it is effective at preventing lice infestations. We simply do not have any proof one way or the other.

It does appear to be relatively safe, though, so there probably is no harm in trying it out if you’re interested in it and your child doesn’t have any side effects or irritation from using it.

How long does tea tree oil take to kill lice?

One study aimed to evaluate the efficacy of two natural products, tea tree oil and nerolidol, at various concentrations, used alone or combined in ratios 1:1 and 1:2, against lice and their eggs.

Tests done in vitro displayed a significant efficacy at lower concentrations. More specifically, tea tree oil needed the shortest time (only 30 min) until all of the head lice were killed at just 1 % concentration, whereas the most effective oil for killing louse eggs appeared to be nerolidol that provided the 75 % abortive eggs 5 days after treatment.

This ovicidal effect was also detected by Priestley et al. (2006), who attributed the specific action of nerolidol against louse eggs to its bioavailability favoring the penetration through the highly hydrophobic cuticle.

When the analyzed products were mixed, the pediculicidal effect of tea tree oil and the prevalent ovicidal activity of nerolidol were usefully displayed; in particular, in ratio 1:2, at less concentration (D4), the total lice killing was achieved within 30 min and the complete inhibition of nymphs emergence occurred at 5 days, whereas the association at D3 concentration (A1 % + B2 %) produced a 100 % mortality of adult insects and nymphs after 20 min of exposure.

Where do you put tea tree oil for lice?

More recently, formulations of tea tree oil have been marketed to kill lice infestations by using the oil on the scalp combined with shampoo.

How do you use tea tree oil to prevent lice?

To use tea tree oil as a lice treatment, a lot of people wonder how much to use. Reports suggest that no specific dose of tea tree oil has been proven clinically effective.

Many articles have stated that a dose of 1 to 10 percent tea tree oil in a shampoo or gel formula is ideal. The investigators of clinical trials also usually apply these mixtures to participants’ topically per day for as long as four weeks. Ask your doctor for more guidance.

What do studies say?

The in vitro test effect of natural substances at different concentrations were evaluated against 69 head lice (adults and nymphs) and 187 louse eggs collected from school children in Chieti–Pescara (Central Italy) over a 6-month period.

The lice mortality was studied for 24 h by a stereo light microscope. The ovicidal activity was evaluated by microscopic inspections for 15 days.

Tea tree oil was more effective than nerolidol against head lice with 100 % mortality at 30 min and 1 % concentration. On the other hand, nerolidol expressed a more pronounced ovicidal activity inducing the failure of 50 % of the eggs to hatch at 1 % concentration after 4 days; the same effect was achieved by using a double concentration of tea tree oil. The association of the two substances both in ratios 1:1 and 1:2 combined efficaciously their insecticidal and ovicidal effect; in particular, the ratio 1:2 (tea tree oil 0.5 % plus nerolidol 1 %) acted producing both the death of all head lice at 30 minutes and the abortive effect (not showing symptoms) of louse eggs after 5 days.

The results offer new potential use of natural compounds while displaying a promising scenario in the treatment of pediculosis resistant cases. The development of new pediculicides containing essential oils could be, in fact, an important tool to overthrow the parasitic infestation.

On its own, tea tree oil was the most effective treatment on the test. Tea tree oil and peppermint were noticed to be most useful for repelling lice. Tea tree oil and lavender were also found to stop some feeding by lice on treated skin. Although the results show some promising results, the investigators concluded that none of the treatments were effective enough for meaningful use.

What are the risks of using tea tree oil?

Tea tree oil seems to be relatively safe for use on the skin, although it can cause irritation or swelling for some. Remember, though, that it is poisonous if swallowed. There has also been concern that tea tree oil might be related to abnormal breast growth in boys, but there isn’t enough data to say definitively one way or the other.

According to the National Center for Complementary and Integrative Health Trusted Source (NCCIH), it’s considered safe for most adults to apply diluted tea tree oil to their skin. But even a diluted solution does pose some risk of side effects as tea tree oil contains a compound that can irritate your skin.

In some people, using this oil may cause an allergic reaction, known as contact dermatitis. Using it repeatedly may also lead to enlarged breast tissue in prepubescent boys.

If you decide to use tea tree oil, apply it on the skin and never swallow it. When used orally, it can cause drowsiness, disorientation, rash, and loss of muscle control in your arms and legs. There is an incident where one person went into a coma after drinking tea tree oil.

All in all, tea tree oil mixed with nerolidol and even lavender seems to kill lice. But large-scale studies and experiments need to be conducted before experts can fully recommend tea tree oil as a safe and effective treatment for lice. Please speak to a doctor about this if you need some guidance.

A Ruba Duba Down – Massage and Its Health Benefits

Tea Tree Oil For Nail Fungus: All Your Worries Addressed!