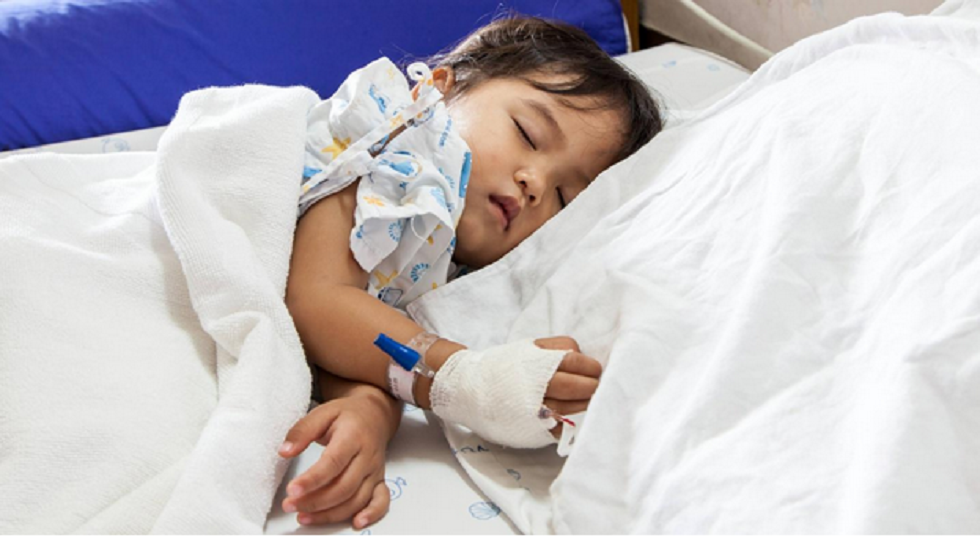 Acute Flaccid Myelitis (AFM) being referred to as a polio-like disease is a rare but serious condition that mostly affects people younger than 18 years of age but adults can get it too. It affects the nervous system, mainly to the area of the spinal cord called gray matter, which makes the body’s reflexes and muscles to become weak. AFM also sometimes affects the nerves that control the head and neck causing facial weakness, drooping of the eyelids or eye movements. The most serious complication of AFM is respiratory failure, it weakens the muscles involved in breathing. Children with AFM have an acute onset of flaccid paralysis usually in an arm or leg. They may also have trouble moving their face or difficulty in swallowing. Although the disease is rare, there is an increasingly recognized cause of paralysis occurring primarily in children. According to recent research, they find AFM in clusters that seem to occur every two years. The first significant increase occurred in 2014 with additional increases in 2016 and 2018. AFM can be difficult to diagnose because the symptoms are like other neurological diseases such as Transverse Myelitis, acute disseminated encephalomyelitis (ADEM) and Guillain-Bare syndrome (GBS). To prevent infections by AFM-related viruses experts recommend staying up-to-date with polio vaccines and reducing exposure to mosquitoes.

Severe symptoms with AFM may cause partial paralysis or paralysis (inability to move muscles). It is also likely that only one limb is being affected severely. People with AFM rarely have the spasticity of someone with Transverse Myelitis. Some also had a severe dysfunction of the cranial nerve with correlating non-enhancing MRI brainstem lesions. You should get medical care right away if your child develops any of these symptoms. Following are the Symptoms of AFM:

The cause of acute flaccid Myelitis is uncertain but with genetic problems, viral infection and germs such as viruses or poisons in the environment are responsible for this condition.

Some viruses associated with AFM cases include the West Nile virus, poliovirus and adenoviruses. AFM often also has symptoms of a cold such as an illness with fever and breathing problems.

There is no specific treatment for acute AFM disease. A doctor who specializes in the treatment of brain (neurologist) and spinal cord diseases may recommend treatments for specific symptoms. Intravenous immunoglobulin is used to build up the body’s resistance to viruses.  The key to effective treatment of AFM is early initiation of physical and occupational therapy. With early intervention, it may help to restore function to the affected limbs and improve the functioning even though it’s not possible to regain full muscle function. In addition, few doctors may also suggest treatments such as steroids or antivirals that have been used to treat Transverse Myelitis and other neurological conditions. Sometimes it is possible to transfer nerves from a functioning site to the impacted site which some patients gets benefitted. Such operations are best performed by surgeons specializing in upper extremities and hands. AFM can also affect breathing if any part of the respiratory is getting affected. Depending on every individual situation there are even treatments that can help individuals having difficulty in breathing. Non-Invasive Ventilation is being used for acute respiratory dysfunction (ARD) or acute respiratory failure (ARF) for long-term breathing.

How can you prevent from getting Acute Flaccid Myelitis (AFM)?

There is no specific way to prevent it but viruses may play a role in AFM therefore you can take precautions from getting the disease or spreading viral infections by the following ways.

Diagnosing AFM is very difficult because its symptoms may be close to those of your brain and nervous system-related disease. AFM can get diagnosed by analyzing the nervous system of a patient in a combination with a scan of the spinal cord. AFM can be difficult to diagnose because it shares similar symptoms as other neurological diseases like transverse Myelitis and Guillain-barre syndrome. With the help of proper tests and examinations, doctors can help in identifying the difference between the AFM and neurologic condition.

A doctor might examine a patient’s nervous system and the places on the body where he or she has weaknesses, poor muscle tone and decreased reflexes.

A doctor may also do an MRI to view (pictures) at the patient’s spinal cord and brain. It shows a distinctive pattern in the spinal cord with a butterfly-shaped pattern of abnormality affecting the gray matter.

A doctor can do lab tests on the cerebrospinal fluid (a fluid is around the area of the brain and spinal cord). They do lab tests to search for infections and find out other causes.

A doctor might nerve conduction (an impulse that is being sent along a nerve fibre) and the response of muscles to the messages from the nerves (electromyography).

Also, tests of bodily fluids like blood or mucus. It is better to do the tests as soon as possible after the symptoms start.

Recovery from AFM is a process. There is no proper or curative treatment found to date. It is important to do physical and occupational therapy for recovery to prevent inactivity related problems of skin breakdown and soft tissue contractures that may lead to a decreased range of motion. Physical therapy focuses on gross movements such as sitting, standing and walking. Occupational therapy focuses on fine movements on hands and fingers. They advance therapy as there is any improvement in the individual. Respiratory therapy will help with ventilation needs (mechanical ventilation and noninvasive). If there are any oral motor deficits, they may perform speech therapy. This can help with controlling swallowing and avoiding aspiration.

Facts, Figures and History of AFM

Acute Flaccid Myelitis is not a new condition, but over the last few years, the incidence has risen. A group in Texas estimated that one to four cases per year had found a trend in 2013 with common polio-like characteristics. On October 2014, the number of cases for this disease was over 100 in California and Colorado. In the United States, AFD impacts fewer than 2 per million children each year. Although the disease is not new, there has been an increase in cases in the United States since 2014. In the United States, there were 233 confirmed cases in 2018.

How to Avoid Burnout out Work