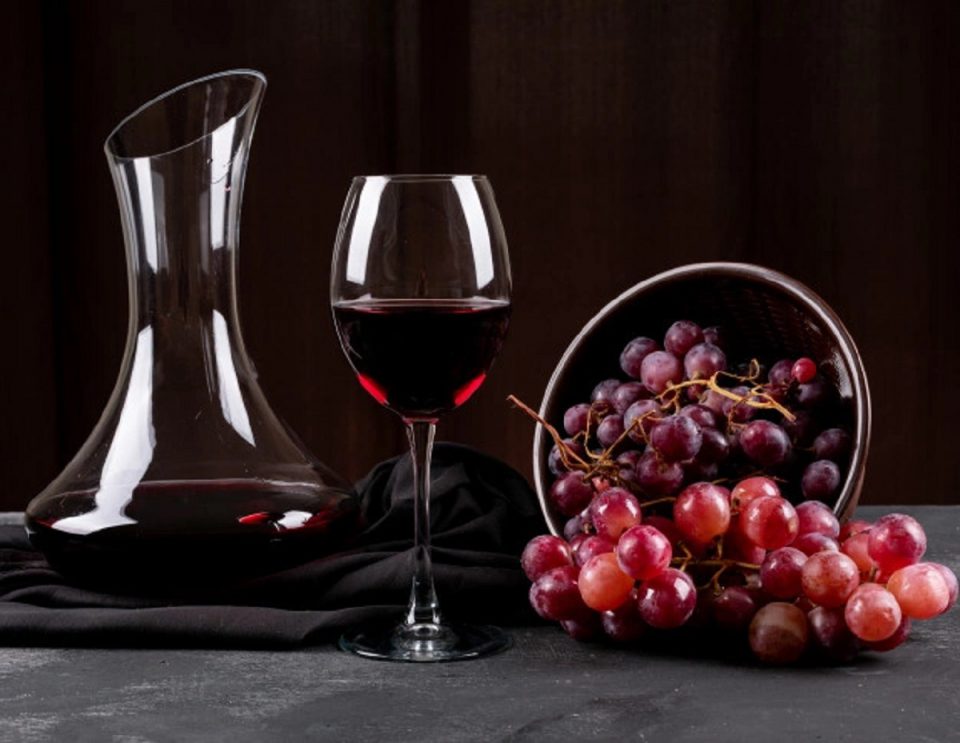 A glass of red wine a day keeps the doctor away, as we’ve already heard. Do you know all or most of the benefits of wine or why red wine is becoming more popular in medicine? Today, you’ll learn about ten health advantages of consuming red wine.

In conclusion, we’ll also propose some of my favourite wines, so don’t miss out on the chance to discover your new favourite beverage!

First, let’s talk about why red wine is better for you than white wine. Polyphenols, which are high in antioxidants, are found in red wine and are supposed to help protect blood vessels & heart lining.

Here are the benefits of Red Wine that you did not know:

1. Lowers the chances of death

The argument that moderate red wine drinking provides genuine advantages is supported by science. Non-drinker Mortality Risk in the United States, a 2010 research, looked at three groups of people: heavy drinkers, moderate drinkers, and non-drinkers. The researchers wanted to see which group would have the lowest mortality rate after an 18-year trial. You may be surprised by the outcomes.

The ‘heavy drinker’ category had the highest mortality risk, followed by ‘non-drinkers’ and, surprisingly, ‘moderate drinkers.’ Several other studies corroborated this, indicating that current drinkers who take one drink per day have the lowest death rate.

As a polyphenol and antioxidant, resveratrol has a wide range of biological effects, including antibacterial properties. Researchers wanted to see if resveratrol may help with acne, particularly Acne vulgaris, which is an inflammatory illness caused by the P. acnes bacteria.

In one research, Resveratrol was compared to benzoyl peroxide, a topical antibacterial therapy. It was shown that, whereas benzoyl peroxide alone only had a short-term reaction, resveratrol had long-term antibacterial efficacy against the P. acnes bacteria. Once both therapies were given simultaneously, they demonstrated high initial antibacterial effectiveness as well as long-term inhibition of bacteria growth. At the moment, the greatest approach to get some of these skin advantages is to consume antioxidant-rich wine.

It has been discovered that red wine lowers the risk of some malignancies. According to Harvard research, males who consumed an average of four to seven glasses of red wine each week had a 52 per cent lower risk of prostate cancer. Red wine appears to be particularly beneficial in preventing advanced or aggressive malignancies, according to researchers from the same study.

In a different study, researchers discovered that moderate red wine consumption reduced lung cancer and colon cancer cells by about 57 per cent and 50 per cent, accordingly. When eaten in moderation, red wine lowers the risk of breast cancer. Every other type of alcohol, on the other hand, raises the risk of breast cancer in women via raising oestrogen levels. Breast cancers manufacture their oestrogen using the enzyme aromatase. As an aromatase inhibitor, red grapes are the most effective food for suppressing aromatase activity.

Women who drank eight ounces of red wine each evening for a month had lower oestrogen levels and higher testosterone levels, according to the study.

4. These things may help you think more clearly

Wine’s flavanols might protect the cells within the body that support healthy blood vessels, which is a crucial physiological advantage that can increase blood flow to the brain and prevent harmful plaque from forming. Resveratrol, in particular, has been shown in animal experiments to help prevent memory loss as people age.

Whenever it comes to intellect and the retention of cognitive abilities, red wine is a performance enhancer. Researchers reported in a medical journal that moderate red wine drinkers had a 23% lower chance of getting a neurological condition like dementia or Alzheimer’s than other groups.

In 14 of the 19 countries studied, including the United States, the lowered risk of dementia or other cognitive impairment was statistically significant. Alcohol, according to one line of thinking, boosts blood flow to the brain and metabolism, keeping the brain sharp.

Do you enjoy unwinding and de-stressing with a glass of wine after a long day? You may be doing yourself a favour by doing this. Resveratrol could be used as a new treatment for sadness and anxiety, according to a study from the University of Buffalo.

This is critical research since depression and anxiety problems impact 16 to 40 million Americans. It has anti-stress properties because it inhibits the expression of a brain stress regulation enzyme.

Stroke prevention is one of the advantages of consuming red wine. Stroke is a debilitating and life-threatening condition for which there is no simple treatment. However, McGill University researchers discovered that drinking low to moderate amounts of red wine can help with a variety of neurological issues. Stroke, macular degeneration, and cognitive impairment are just a few examples.

Resveratrol is being demonstrated to aid with essential characteristics of Alzheimer’s disease, in addition to its well-documented anti-inflammatory capabilities.

7. Possibility of increasing the number of beneficial bacteria in the intestines

Inside the gut, there are trillions of germs, including up to 1,000 different bacterium species, each with a distinct function. The health of your gut flora must be maintained. Those of us who struggle with obesity or other digestive issues may find that adding a glass of wine to our diet is beneficial.

The Mediterranean diet, as previously established, is one of the healthiest, with a daily glass of wine becoming a crucial component. Red wine has been demonstrated to protect against oxidative stress and promote the growth of beneficial gut bacteria in recent research.

8. Cholesterol levels are kept in check

Cholesterol is a chemical that you obtain from food but that your body also produces. Low-density lipoprotein (LDL) cholesterol, also known as “bad cholesterol,” accumulates in arteries over time, forming plaque. This plaque has the potential to cause a variety of bad consequences, such as stroke or heart attack, therefore it’s critical to act now. Resveratrol can boost “good” cholesterol levels by reducing inflammation and preventing clotting.

Cosmeceuticals Are Huge on Instagram Right Now. But Do They Work?

Chrissy Metz Weight Loss 2022: Can A Plus Size Actress Do It?