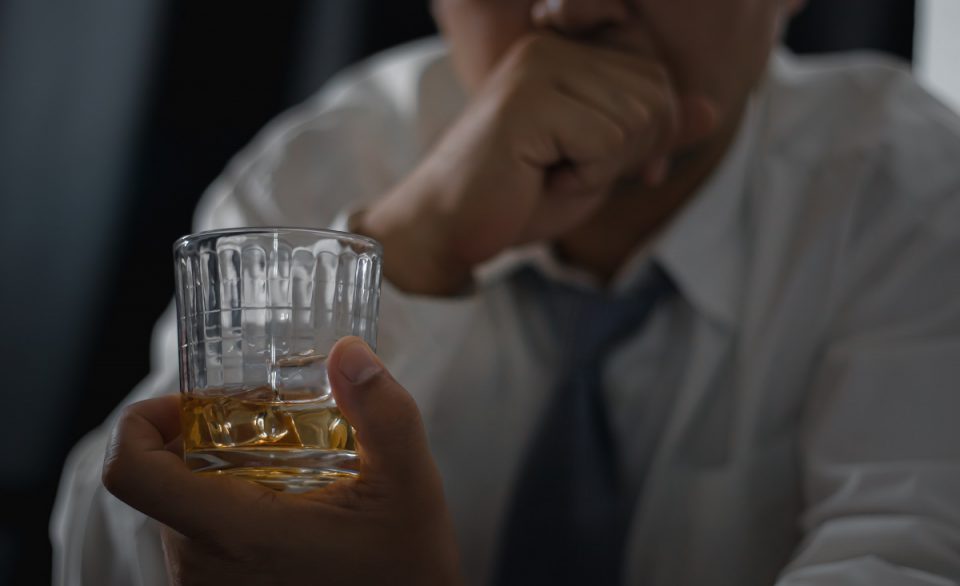 It seems like every day, we hear about the most serious consequences of alcohol abuse. For example, if someone gets behind the wheel when drinking and driving, they can cause a deadly accident. One of the most tragic examples of this was a recent California crash. An intoxicated ICU nurse suspected of driving at speeds of at least 100 mph went through a busy intersection in the afternoon, leading to the deaths of six people.

That’s just one of so many examples, but you don’t have to be at an extreme to realize you might have a problem with alcohol and take steps to change it before it does worsen.

Alcohol abuse is something that we tend to normalize in society, compared to the use of many other substances and drugs.

We often associate alcohol use with celebrations, gatherings, and traditions, but the fine line between casual drinking and problematic drinking can be crossed quickly and without recognition.

With that in mind, below are seven indicators that your use of alcohol could be bordering on problematic.

1. Failure When Trying to Cut Down

If you regularly tell yourself that you’re going to cut down on your alcohol use or stop drinking but then fail in these efforts, it can be a sign of a problem. If someone has a healthy relationship with their use of alcohol and they decide they don’t want to drink, it’s not difficult for them.

If you feel like you have a lack of control in any way when it comes to alcohol, you might want to evaluate what’s going on.

For example, maybe once you open a bottle of wine, you’re compelled to finish the entire thing, then that’s also a sign of a lack of control.

You might say no to certain activities or events if you think you can’t drink at them, or you could avoid activities because they would interfere with the time you typically drink. Either situation can indicate that you might have a problem that you should take a closer look at.

3. You Drink to Relax

Everyone experiences stress in their lives, and some people more than others. We have to learn healthy coping mechanisms to deal with stress. If you’re using alcohol as that coping mechanism or a way to self-soothe, this isn’t a healthy option.

When you have a hard day at work, if the first thing you think of is having a drink, then you’re self-medicating to deal with your stress and anxiety.

4. You Have Physical Symptoms

There are a lot of ways that alcohol use can affect you physically. One example is that you frequently experience hangovers, but you keep drinking. Hangovers can affect your work, your responsibilities, and your family. They’re also painful and difficult to deal with. If you continue to drink large amounts, even knowing that it’s going to cause you the discomfort of a hangover, it’s potentially a problem.

Maybe when you drink, it triggers migraines, or it causes you to have stomach problems, but you keep doing it.

It could even be that drinking makes you feel groggy or more tired than you normally would.

It’s important to note that one of the signs of alcoholism is continuing to drink despite the known problems or adverse outcomes it causes. Physical signs and symptoms of your alcohol use are a red flag.

You might even have a doctor or medical professional tell you that you need to cut down on your drinking because it’s affecting something like your liver function.

Drinking can cause mental symptoms as well. For example, drinking in the short term might make things like insomnia and anxiety better, but in the long term, it can worsen then. Alcohol can also cause or worsen depression.

5. Your Relationships Are Affected

Maybe when you drink, you find that it’s affecting your marriage. You might lash out more often or become more argumentative. Your children might feel like you’re less attentive when you’re drinking. Whatever is happening, if alcohol is affecting your relationships, you should pay attention.

If you aren’t able to stop drinking for the people you love most, you may have a problem.

6. You Crave Alcohol at Certain Times

Any time you’re craving alcohol, it’s a potential issue. Maybe the cravings hit as the end of the workday nears or at a certain point on the weekends.

The cravings can move eventually from being only mental to physical. When someone has a physical dependence on alcohol, then they have to drink to avoid physical symptoms of withdrawal. Alcohol withdrawal symptoms can be somewhat mild, like shaky hands, to very severe or even deadly without proper treatment.

Mental and physical cravings are two separate concepts, but they often occur with one another.

If you’re regularly lying to people about how much you drink or when you drink or trying to hide it, ask yourself why you’re doing that. Denial and dishonesty are often problems that people with an alcohol use disorder experience.

You might lie to your significant other about your drinking or maybe even to your doctor or medical provider. You could hide bottles or take other steps to keep your drinking a secret.

If you only notice a few of the above signs or they aren’t severe, you may still be able to stop drinking on your own. The more symptoms you notice, the more severe they are, or the longer you’ve been drinking and showing problematic habits, the more likely it is that you might need help to stop drinking.

You may be a functional alcoholic, which is someone who outwardly appears to have things together and may even be a high achiever in different parts of their life, but still has a problem with alcohol. There are a lot of ways you can make a change, including on an outpatient basis if you feel like this describes you in any way.

How to Prevent a Heart Attack in Minimum Time

Struggling With Alcohol Abuse? Here’s How To Get Better

A Simple yet Mind Blowing DIY Home Remedy for Gallstones