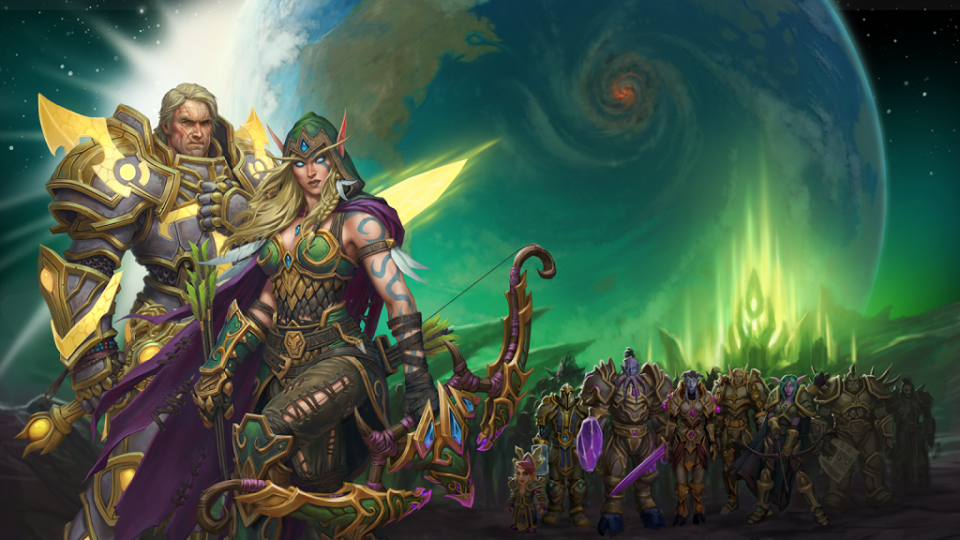 Argus is the place of origin of the Eredar race. At some point in history, Argus used to be a progressive, utopian world. Sadly, it was overwhelmed by dark energies and is now the home of the Burning Legion. In case you were wondering how to get into the world of Argus, this post is just for you. We will go through the steps to get you to Argus, start the Argus campaign, how to get there at the start, and go back there after they finished their quest. We will conclude the post with answers to some of the most frequently asked questions about Argus in World of Warcraft (WOW). Let’s get started.

How to Get to Argus: All You Need to Know

How to Get to Argus?

Without any more delay, let’s get to the piece of info that you searched for. These are the steps you need to take to get to Argus:

How to Start the Argus Campaign in World of Warcraft?

Prior to getting into Argus, gamers need to complete an introduction quest of the game. In order to find the quest, here’s what you need to do.:

How to Get Back to Argus in World of Warcraft?

Now that you know how to get to Argus for the first time, we will take a look at the steps you need to take in order to return to Argus whenever you want to. Let’s get started:

How to Get to Argus as Alliance in World of Warcraft

Getting to Argus as Alliance is basically the same as the way you do it as Horde. All the stuff is the same, other than some of the dialogues and the allies. Just follow the steps we discussed a little earlier.

How to Get to Argus: Frequently Asked Questions

What are the different zones of Argus?

The vessel plays a huge role on Argus. It serves for transport for both factions and it’s important to know what you can find aboard the ship. Every zone will have a separate Vindicaar and it seems we will be using it even in Antorus the Burning Throne raid to travel to the Seat of the Pantheon to fight Argus the Unmaker and imprison Sargeras. After you unlock the Vindicaar you can use it to teleport back to Dalaran at any time and vice versa. A Lightforged Beacon will be available at Krasus Landing in Dalaran and a portal to Dalaran from the Vindicaar will unlock too, but if you’re lost on Argus and need to find a Lightforged Beacon to transport you back to the Vindicaar, it’s essentially faster to just use Dalaran Hearthstone and reach the Vindicaar from Krasus Landing in Dalaran.

After the planet has been seized, Eredars were transformed into individuals from the Burning Legion. Evil presences, then again, came from different universes, like Twisting Nether, and feed on sorcery and life.

Lightforged Draenei helped to battle the Legion on the Alliance side. The Broken are a transformed Draenei sub-race that joined the Legion.

Who Are Members of the Burning Legion?

They’re for the most part warlocks – spell-casters that can call wicked flunkies. The Army has a particular chain of importance. In this way, Eredars have become overlords of the Legion. Pit rulers are officers and administrators. Doomguards are commanders, marines, and military pioneers. Felguards are for the most part troopers, etc.

How Do You Get Back to Argus From Stormwind?

You can get to Argus from Stormwind with the assistance of Vereesa Windrunner and Prophet Velen. Meet Vereesa at the Stormwind harbor and sail to the Vault of Lights together. There you will meet Prophet Velen and board the Vindicaar, a space vessel that is making a beeline for Argus.

How Do I Get to Argus the First Time?

Getting to Argus interestingly is quite clear – simply follow the primary questline. You need to acknowledge the Argus presentation mission from Archmage Khadgar at the Violet Citadel. At that point, head to the Stormwind harbor to meet Vereesa Windrunner.

Meet your partners and sail to the Vault of Lights. Prophet Velen will meet you and offer to board the Vindicaar. Do it, at that point converse with Grand Artificer Romuul to land the vessel – congratulations, you’re currently in Argus!

How Do I Teleport to Argus?

To transport to Argus, you need to build up an entryway among Argus and Dalaran. After you land the Vindicaar at Argus, you need to overcome three Legion devastators, execute 12 evil spirits, and mend eight Felbound Drudges. In the wake of overcoming the foes, converse with Prophet Velen at the Crown of Destruction, at that point annihilate the attack weapon.

The following thing Prophet Velen will request that you do is to discover indications of Legion slave opposition against their lords. At that point, you should follow Prophet Velen to meet High Exarch Turalyon. Subsequently, summon a Lightforged Beacon from the Vindicaar with the assistance of Signal Crystal. Use it to make a gateway among Dalaran and Argus that you can utilize any time.

How Do You Defeat Legion in World of Warcraft?

To overcome the Burning Legion, you’ll need to initially battle its chief – Illidan Stormrage. You will meet him interestingly during the Overwhelming Power mission – one of the primary Argus storyline journeys.

To get to the last battle with Illidan, however, you need to finish Argus missions further. At the point when you get to the Redemption of the Ashtongue journey, Seer Kanai will request that you rout Illidan. Battle him at the Black Temple.

Remember that his XP is incredibly high, so you need a savvy procedure. Zero in on making due as opposed to assaulting. Notwithstanding, that is a long way from the finish of the conflict.

The triumph depends on a few strikes, instead of one supervisor battle. Follow the Argus lobby until the Death of a Titan mission to at last battle Argus the Unmaker – the world-soul of the planet. The strike has four stages, and you will be helped by Titans. In the event that you function collectively, you will actually want to crush Argus the Unmaker.

What Side Questlines Are There in the Argus Campaign?

Argus crusade is among the longest storylines in WoW, with a lot of side missions separated from the principle situation. One of them is the Class Hall line, beginning at Krokuun. It comprises of three sections – Krokuun missions, Mac’Aree missions, and Lightforged missions.

After finishing this side questline, you’ll be granted the Man’ari preparing ornament, Mac’Aree reinforcement set, Krokul protection set, and more uncommon things. A different line is the Argus Legendary Ring – it starts at Vindicaar and finishes at the battle with Argus the Unmaker.

Intrusion focuses are a particular kind of side journeys – these missions can be opened in the wake of finishing the Chapter 2: Dark Awakenings questline and are repeatable.

Beat the Legion to liberate Argus

Argus crusade is without a doubt among the best and most exciting campaigns of World of Warcraft. Obviously, battling the Legion is intense and tedious – however the plot is great. The conflict against Burning Legion is portrayed well to the point that players engage in the game as though it was genuine – maybe because of the variety and itemized depiction of WoW characters.

So that was our guide on getting to Argus. Hopefully your question of “how to get to Argus” has been answered now. So start the game and begin your brand new Argus quest today. Enjoy!

How to Make Lanterns in Minecraft: Steps to Follow

Bloodborne PC: All You Need to Know

How To Unlock Zandalari Trolls: Tips and Tricks