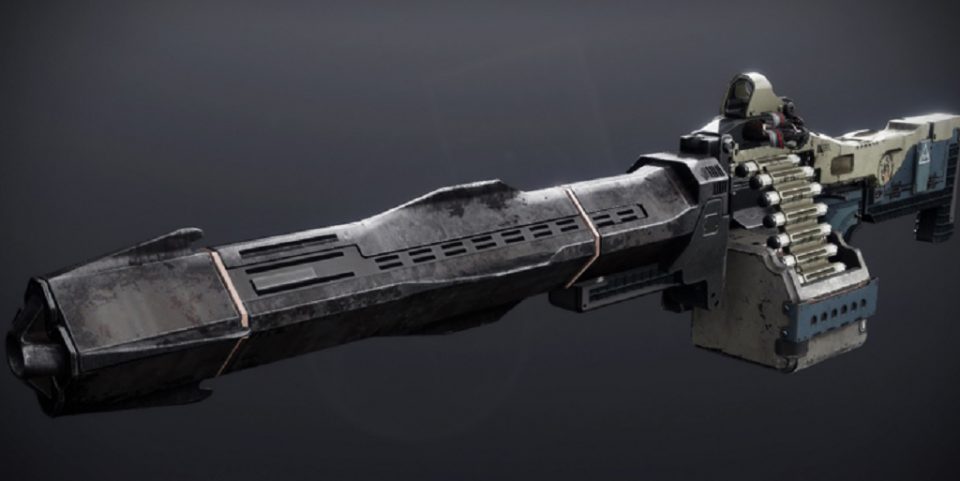 After Destiny 2’s grenade launcher named Anarchy, the guardians become eager in getting the next big and powerful weapon. Although there are various choices in Destiny 2, the new exotic machine gun Xenophage is one of the most powerful weapons in the game with a remarkable set of rewards.

Xenophage is a solar hard-hitting machine gun which is a 120 RPM user-friendly gun hard to hit. The Destiny 2 machine gun has slow fire rates which might look like a single-shot ancillary gun, though the trigger gives a feel of an automatic machine gun when held in hands. Even a shot fired from its magazine holding 13 rounds gives an everlasting punch along with a small explosion that can tear enemies through waves. The weapon can hold only two magazines of ammo besides its incapability to deal serious damages might seem a bit odd. However, it will tear your enemies in the games with ease which makes Xenophage an important achievement in Destiny 2.

How to get the Xenophage: Step 1

Embrace the light is the first step to start your quest. You have to troll beside the moon and thereafter enter the portal beside Eris. He usually sits after completing the memory and you can see four statues. You can interact with every statue and will light one of the four in the room. To light, all the four, interact with the statues one by one. First in the front right, then back left. After that front left. When lighting the final statue, you will be able to see a chest and a reward.

How to get the Xenophage: Step 2

The second step is lighting the way after you have accomplished The Journey. Head towards the Anchor of Light and move in the large tower’s left side. Under the tower, you will find a small building to the left side where you have to enter. A fire can be seen and interacting with the fire will give you a buff. After you get your buff, turn around towards the Anchor of Light and activate all the six lanterns in the mentioned order. If you do not interact with the lanterns in the appropriate order, you can lose your buff and have to start over again.

How to get the Xenophage: Step 3

After you have lit the lantern in the previous step, you will have to solve the Lost Sector puzzles. The clues given means that you have to venture into the Lost Sectors on the Moon, complete the puzzle, and find the wall at the end after passing the final chest. The puzzles are based on a rotating tiles game. You will have to shoot a tile after it alters in the 3*3 grid style. Correctly rotate the objects till the entire puzzle is solved. Below I have mentioned how you can solve the puzzle with the help of standard computer number keys.

How to get the Xenophage: Step 4

Once you have solved the puzzle in the last step, you must have four map fragments that will help you unlock the next stage which is Journey to the Depths. Once you have the map, you can easily complete the first phase of the Pit of Heresy. After this section is completed, unlock the chest you see beside the wall of doors. Search for the door that does not have any rune hanging over it and jump aside. When you are inside the room, interact with another rune before proceeding to the next encounter.

How to get the Xenophage: Step 5

In the next step, Light more Torches. The invulnerable ogres will chase you right after the second encounter and Hive runes will be seen running on the floor. Once you interact with the rune, many platforms will appear. Jump over them and get the fire. Continue to where you came from and remain on the right-hand side of the room. Once the torch is lit, the door will open.

How to get the Xenophage: Step 6

Once entering the opened door, you will have to Defeat the Hive Witch. Many runes can be seen on the room corners which corresponds to an energy type by glowing an orb below it. Blue is for arc, purple is void, red represents solar and white is neutral. The boss roams in the next room that you need to defeat. Match your rune with colour and deposit the light you have picked up. You will receive a buff of 30 seconds that can help you in damaging the attacks of the energy type. Continue in the same manner until the boss is defeated. Once the boss fell, you will be awarded an item that needs to be returned to Eris. In place of the same, you will get the Xenophage.

Most Expensive Dog Accessories to Spoil your Little Pup