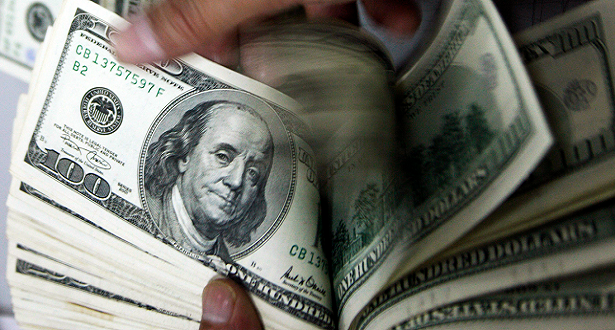 Forex : This Tuesday the price of dollar spiked higher adding to the gains made in US trade overnight. It is expected that the Treasury yields expect that the price of the dollar can still increase this year. As per the recent scenario, the dollar index (DXY) that is the measure of the currency against the 6 rivals managed edge 0.05 per cent higher at 94.707 on Tuesday compared to Monday.
Despite the criticism from President Donal Trump, the surge in the yields still came regarding the impact of the strength of greenback. This also increases the impact of Federal Reserve Interest Rate on the economy. The possible increase in the interest rate that the Central Bank of US suggested, added to the list of concerns for the US President.

The dollar is a bit lower than Japan’s Yen

The scenario also suggested that the Dollar was a bit lower against Japan’s Yen that managed to find the support on expectations that its central bank might get to step closer to initiate the aggressive monetary stimulus. Marketing reports also clear that one reason why Yen also managed to stand against the dollar as well as Euro as Japanese exporters converted their foreign earnings into yen, the local currency.
By the end of the month, Japanese exporters are assumed to line up dollar sales orders. According to the statement of Imaizumi, the selling might also increase if the dollar manages to gain to a level of around 112 yen.
Coming to the Offshore Yuan, it has hit its lowest value to 6.8448 per dollar since the trading at 6.8582 per dollar on 27th June 2017 before tackling some of the losses. Last noticed it traded at about 0.4 per cent lower at 6.8305/ dollar.
According to the Chief currency strategist at Daiwa Security, Although the U.S, the economy is in a very good state, still, the Federal Reserve would stop raising interest rates.

How To Be Happy In The Morning

See Why Saudi Arabia is no more India's No. 2 Oil Supplier???