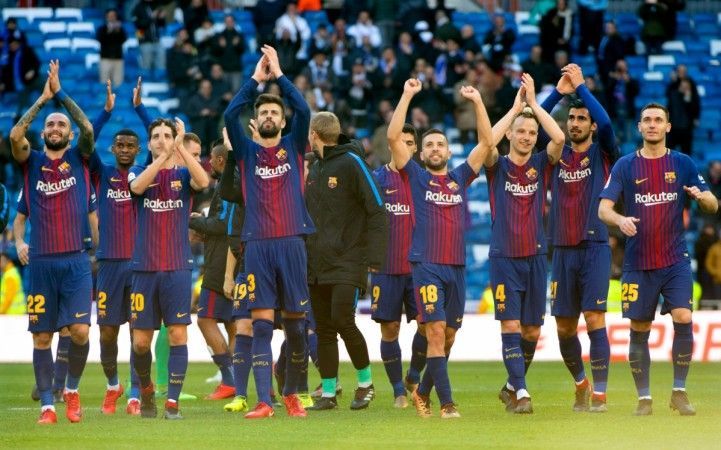 Everything was going great for Barca, one of the biggest and best clubs in the history of football and suddenly they were out of the champions league. After that first leg at camp now no one would have thought Roma would make a comeback. No one including me thought Roma had a chance but again it is football. Every match is a new match and it is a team game and game of tactics and tactical masterminds. Roma knocked Barca out of the champions league and no one could believe that but it was true. Roma players will never forget this thrashing of Barca. In the Midway of the season, everyone was saying Barca can win the treble and it was a very realistic thought at that time but things changed and now Barca cannot win the treble. Let’s discuss some reasons why we thought Barca had a great chance at winning the treble.

This was one the major reasons for giving Barca such a great chance of winning the treble. In the preseason Barca was defeated badly by Real Madrid and no one gave Barca chance in La Liga. But Barca was like they were resurrected. They haven’t lost a single match in La Liga until now. Barca was doing great in the league and their winning percentage was also very good. They were scoring goals home and away. So La Liga played a big part in this thought that Barca could win the treble.

Ever since Luis Enrique left the Barca they are just conceding smattering of goals. Ernesto, the new manager of Barca made some tactical switch and really made defense of Barca much better. Jordi Alba almost started every game for Barca this season.
No doubt in last season Barca was also scoring at their will but now they had really improved and much better defensive tactics.
Rotation policy in defense was also going very good and Ernesto was using his defenders very well. Because of all this, we never thought Barca would so many goals, in fact, 3 of them against Roma and get knocked out of champions league.In a match against Roma Barca didn’t defend properly and conceded so many goals in the away leg.

Barca has a great bench this season. They recently bought Coutinho from Liverpool and in this season bought Dembele from Dortmund as well. We thought if starting lineup didn’t perform well in the match then the substitutes would do the trick and give Barca the win. Dembele performed well but couldn’t stand for Barca this season when his team needed him the most and same goes for Coutinho but he has just come in the team and he needs some time to settle down. Great bench strength made us thought Barca were invincibles and they were no way losing this season and ultimately concede the treble.

Barca has dominated real Madrid this season and thrashed them quite in Santiago Bernabeu. Barca defeated Real Madrid in every department of the game and gave them no chance and all this buoyed Barca more and go for treble.

Still, Barca has won the Copa and most probably will win the La Liga but treble is a dream for every team and its manager and you expect such things from teams like Barcelona only. I may have left some points which are not on my mind right now but according to me, these were most significant reasons for why we thought Barca could win the treble.

I am an enthusiastic and creative SEO content writer. I am also running my website www.justarticlez.com on which I am selling content writing services. I have 4 Years of experience in content writing with multinational brands.

Ultimately who has won?

Unless Barcelona makes the necessary changes, things are going to continue the same way for them it seems.