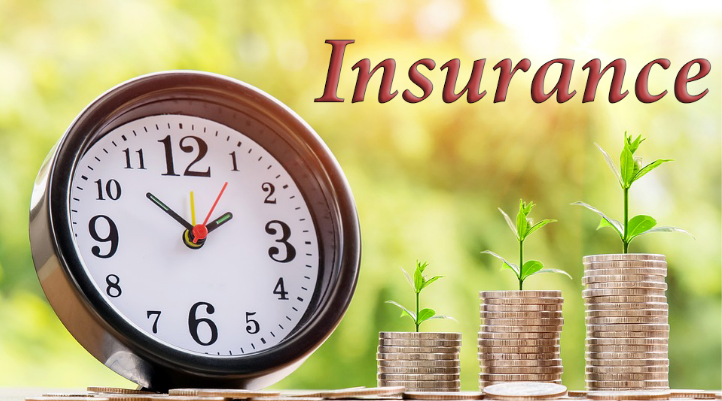 What is meant by Insurance?

Insurance is a piece of contract made for a specific reason wherein one party undertakes responsibility to compensate other party for any loss to a particular and aforementioned subject due to the result of unconventional circumstances or designated hazards. In simpler words, Insurance is a bond of promise for compensating the insured for specific loss in exchange of periodic payment. The company taking the responsibility protects the insurer’s financial well-being in case of unexpected loss. Some insurance is required by law whereas others are created out of sole discretion wherein the terms associated to insurance policy are signed by both the parties thus creating a mutual contract between insurer and insured.

Initially, insurance was related only to marine activities as in ancient societies, many traders and merchants had to pledge their cargo ships as security for trading loans. After the post medieval, England banned the notion of friendly society, from where the modern insurance companies came into existence. The members of these so-called friendly society made contributions for creating a common fund that was used to pay off loses faced by any of its members. As no age or identification of claim was declared during the time of claim settlements, the contributions remined inadequate for fulfilling claims of each members and this system came to a halt. Gradually, it was seen that the matter was proficiently handled by business owners for providing insurance that gave start to Insurance companies for profit earning in England during 17th century. The Insurance companies revised tables so that mathematical calculations could be made perfectly after looking into various relevant data and characteristics of insured person. The calculations made possible for the companies to undertake responsibility of every claims that made Insurance business more profitable as well as reliable.

Whenever any person applies for disability or medical insurance, the insuring company require disclosure of pre-existing medical ailments along with medical history of the family. In few cases, the applicant may require undertaking physical tests and based on that information, insurance company decides to offer applicant’s coverage or not and under what premium. However, any rare medical conditions like cystic fibrosis or Huntington’s disease, the genetic testing may not be required. Genetic testing reveals increased concerns for other significant diseases like colon, breast and lymphoma, prostate cancer and leukaemia. Person who have been denied for insurance coverage due to the risk related to genetic diseases are usually discriminated by the society people that troubles many health professional and legal communities. According to them, it is unfair to deny coverage or charge higher premiums from them only because of some potential risks. Insurance companies at present collects medical evidences based on genetic disease by making close inspection of family backgrounds and medical tests. This means, every applicant has to go through several tests and pay fees for the tests to satisfy the insurers.

In most of the countries, administrative agencies created by government legislature devises certain rules and regulations to control the procedures addressing statutory framework. To earn profits out of it, insurance business owners must obtain license after getting registered with state government. The entire process is managed by an administrative agency who may also be empowered to bring enforcement of insurance statutes and policies. The insurance companies require submitting yearly financial reports showing economic stability. This requirement helps in making further decision whether the company is able to protect insured people risks or not. The administrative agencies are also responsible for making a review of ethics and competency of insurance company employees to shape insurance laws appropriately. During the times of disputes, the court usually resolves issues between two parties who have signed a mutual contract. The decision taken by court are based on governmental regulations and thus needs to be followed by insureds and insurers. The insurance company can also be penalised for violating any regulation or statutes. For the same, they may be charged with fine or even suspension of business license.

Different policies require different premiums which are based on the risk associated with situations. For instance, if the insured applies for insuring the home valued $ 300,000, the person may have to pay high premium as compared to the one who is been insured for home valuing $100,000. However, insurance premium for physical injuries may be similar under both cases. Premium rates are also decided upon characteristics of the applicant. For instance, in case of car insurance, person having a record of bad driving skill may be charged more. Similarly, if the applicant has been diagnosed with severe illness, the insurance company may completely deny providing health insurance to them.

One of the most common problem seen in insurance is disputes during the times when it becomes difficult to judge whether the insurer is obligated to pay claims or not. The insurer’s determination depends on several factors like circumstances surrounding insured person loss or the precise coverage mentioned in the insurance policy. Dispute also arises due to policy language when the general rule is that court must interpret most favourable language so that insured understands them thoroughly. Incontestability clause is mentioned by many insurance companies to protect themselves from losing after the validity time period mentioned in the contract. There are many other clauses mentioning how the applicant can claim their assured amount including the mode of payment along with nominee’s name and other significant points that needs to be read by applicants before applying insurance policy.

How To Use Your Vehicle’s Equity

Bespoke Tranche Opportunity – All You Need to Know