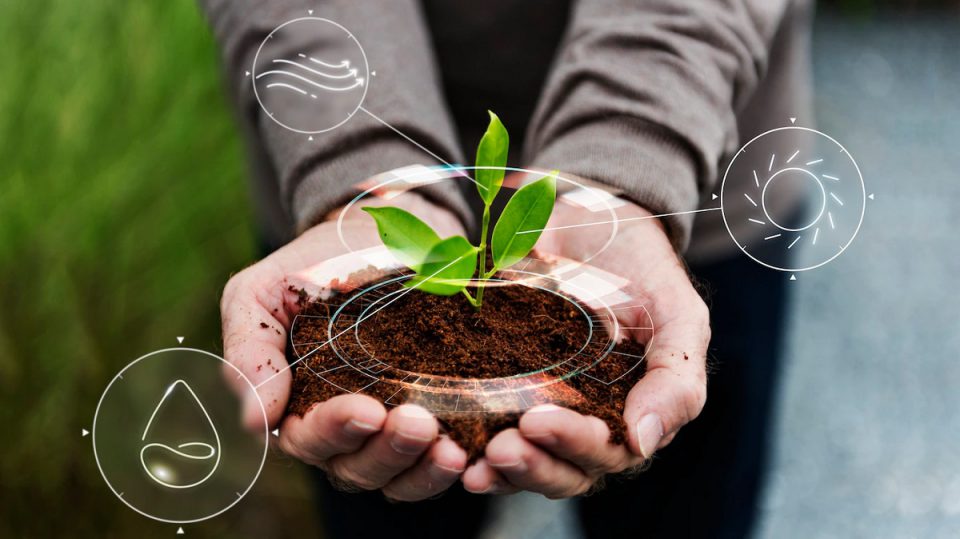 When you hear the word farming, you think of crops and people working in fields all day long. However, today’s digital world has given birth to a different kind of farmer. There are people whose part-time job as a digital farmer starts after work, usually from 6 PM onwards. These people sit down in front of their computers and “reap” returns. Yield farming is the name of this method from the decentralized financial system (DeFi), which enables crypto investors to generate returns with their coins, sometimes on a scale that would be unthinkable in the traditional banking world. In this post, we will find out more about it. Let’s get started.

Yield Farming: All You Need to Know

What is a decentralized financial (DeFi) system?

A decentralized financial network based on blockchain technology, which is behind cryptocurrencies such as Bitcoin, is currently emerging in the USA and Europe. DeFi promises a new, fairer and more democratic financial system that, in its pure form, does not require intermediaries such as banks or stock exchanges.

The DeFi system, in which users can “harvest” returns and other profits in a variety of ways, has grown rapidly over the past twelve months. Users from all over the world have currently invested $58 billion in DeFi projects.

How do yield farmers work?

In order to navigate the complex world of tokens, decentralized exchanges and lending protocols, yield farmers spend a lot of time researching. On Twitter, they follow the founders of important crypto platforms to whom they entrust their digital money. They discuss with like-minded people via messenger apps like Discord and get help when there are ambiguities or technical problems. They read concept papers to understand the projects in detail. They want to ensure that they put their money into good projects.

Newsletters such as “Alpha Tractor” regularly point out the latest promising projects and strategies. Services such as Zapper.Fi and InstaDapp help farmers with dashboards to keep track of the various investments. Professionals like US billionaire Mark Cuban, owner of the Dallas Mavericks basketball team, and Canadian investor Kevin O’Leary are also involved in the DeFi world.

What kind of returns are expected by yield farmers?

According to most yield farmers, returns in the upper double-digit percentage range are standard. Anything between 500 and 1000 percent is fine. Sometimes protocols lure with returns of 10,000 percent and more. But that is often a warning sign that something is not going right. Yield farmers try out the latest protocols and at times, borrow cryptocurrencies to leverage their investments.

“Especially in an environment characterized by zero or negative interest rates, the high returns in DeFi are a central attraction,” according to a study by the Dutch bank ING, which sheds light on the decentralized financial system.

How volatile are the yields in yield farming?

Anyone who is in the crypto financial system must know: Nothing is guaranteed here. Effective yields and APR are algorithmically calculated by the protocols and can change several times per minute depending on supply and demand. In such a fast-moving world, “farmers” sometimes move their money into the most lucrative protocols several times a day.

Nobody assumes that someone will actually leave their money somewhere for a year and then collect the return that is stated there. Some crypto fans have left their jobs to focus on their farms full-time.

Anyone who handles borrowed coins has to be careful that the borrowing costs don’t get out of hand. The DeFi system is like Lego. You have to make sure you have the foundation right, otherwise, it all falls apart quickly.

The simplest variant of yield farming is to borrow cryptocurrencies on a platform in a kind of ping-pong process and then lend them out again at higher interest rates. This is worthwhile if certain coins are currently being particularly heavily promoted.

What are some key terms associated with Decentralized Finance (DeFi)?

Blockchain is a database technology that is managed decentrally rather than by a central authority. Since every user has a copy and can permanently view all stored transactions, the blockchain is practically forgery-proof. Its first application was the cryptocurrency Bitcoin. You can start your foray into the world of blockchain by using the 1k daily app.

The digital infrastructure is based on blockchain technology. In addition to trading with the associated cryptocurrency Ether, services or contracts can also be stored in the network. So-called “smart contracts” automatically execute the programmed agreements as soon as the conditions previously defined in the code are met.

Behind this concept are value-stable cryptocurrencies. In contrast to the strongly fluctuating free coins, which also include Bitcoin, their course is more stable. This is made possible by hedging them with real investments, such as traditional currencies such as the dollar or government bonds.

Let’s take the example of a person who deposited $1,000 in the Matic cryptocurrency on the Aave lending platform. At the time, there was four percent interest plus another five percent as an additional incentive. Providers like Matic benefit when their coins and thus their blockchains are used as much as possible, which is why there are always such bait offers.

The Matic coins are used as security for a crypto loan. Aave allows users to borrow 50 percent of the deposited amount in Matic coins. In turn, the user invests these coins, worth $500, as collateral and can borrow coins worth $250. The interest on the borrowed coins is eleven percent. However, users are paid twelve percent of additional Matic coins here. They still make money from this for borrowing something.

A few days later, however, the incentives on Aave were gone. The investor will have to liquidate his position because the game of ping-pong was no longer worthwhile. New opportunities have opened up for this elsewhere.

How to make money on decentralized exchanges?

Another popular form of yield farming is to become a liquidity provider on decentralized exchanges. There are pools in which two cryptocurrencies face each other that investors can trade.

The yield farmers can provide liquidity for this trade by paying into these pools. In return, they receive a share of the transaction fees incurred for crypto trading. They also get so-called liquidity tokens. This is proof that you paid cryptocurrencies into the pools.

This process is known as “liquidity mining”. Yield farmers can then deposit the liquidity token elsewhere in order to “harvest” additional Quick tokens, Quickswap’s in-house cryptocurrency.

In about three months yield farmers can farm as many as 53 tokens with a stake of $1000. These were only worth a few dollars at the beginning, but have increased in value significantly, especially in the spring. At its peak, the price was around $1,500 a piece, now it’s around $530.

Where is the DeFi future headed?

The new financial world built on blockchains and cryptocurrencies is reminiscent of video games. “Gamification” is the keyword. Zapper-Fi, for example, encourages its users to complete certain tasks every day in order to collect points. These points could one day entitle users to more coins, they hope, which they can then invest or exchange back into dollars or euros.

That was also the case with Uniswap. The largest decentralized DeFi exchange delighted early users with a so-called airdrop in September. In the process, 400 university tokens were transferred to our digital wallet just for using the offer. At first they were worth four dollars each, today they are worth twenty-two dollars.

Earning crypto returns is not just something for small investors, companies are also increasingly interested in it. There are firms that have specialized in advising companies on crypto investment strategies.

There are companies that want to optimize their cash holdings and invest five to ten percent of their cash in DeFi projects. Typical amounts are between 25,000 and 70,000 euros. Achieving a return of up to 100 percent a year is not uncommon.

Among other things, these firms rely on the DeFi chain, a blockchain platform that offers the exchange of tokens, as well as liquidity pools and the appropriate digital wallet. It is particularly important for companies to take various security precautions and to rely on established protocols and platforms.

But a lot can go wrong in the largely unregulated DeFi world, as billionaire Mark Cuban found out a few days ago. He had revealed in his blog post that he had paid into a pool that contained the so-called Titan token.

Titan was a relatively new project whose computer code, called smart contracts, had not yet undergone independent scrutiny. One day, many large investors suddenly withdrew their funds. Titan’s price collapsed from $65 to well under a cent. It is not known who is behind the project.

The project’s Twitter account promised a detailed, independent analysis “when the bank run is over.” Some DeFi experts warned about the project via Twitter on Tuesday, which Cuban apparently did not see.

Following his total loss, the tech billionaire and owner of the Dallas Mavericks has called for more regulation to ensure projects are more stable. But he mainly blamed himself. Such DeFi concepts “are always about sales and mathematics and I was too lazy to calculate whether the most important key figures are correct,” Cuban concluded.

How to Get Happy

What Is Delisting In The World Of Crypto?

Robinhood: How Does it Make Money?

Is Stress-Free Financial Management Even Possible? Yes, And Here’s How