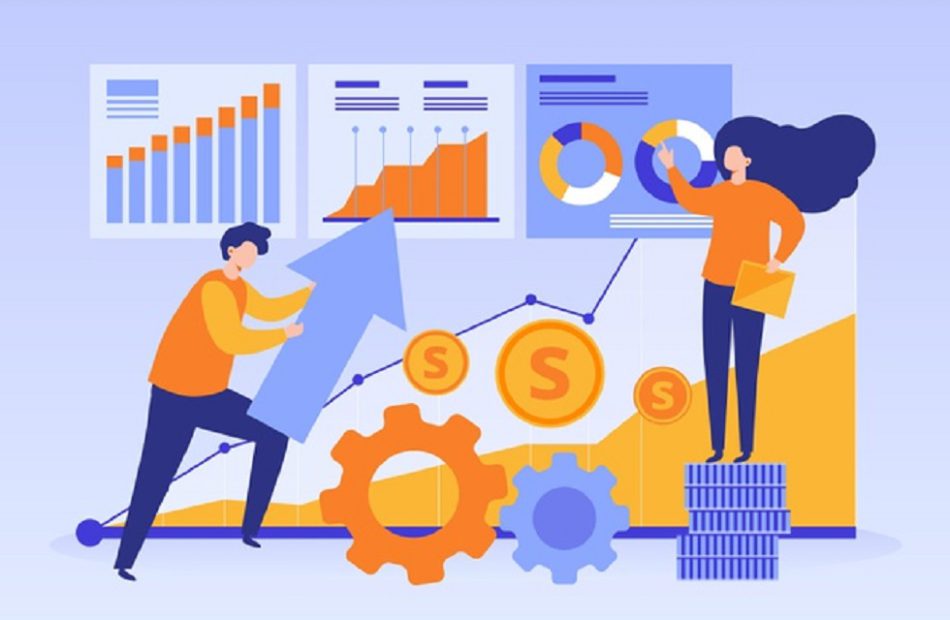 As technology has progressed, the finance sector has also benefited from it. A lot of great investment apps have got millennial investors fawning for them. And with the accessibility of online and app-trading increasing among young investors, the future definitely points towards even more increased usage of investment apps among all kinds of investors. One of the most popular investment apps today, Robinhood has almost doubled the number of its users in just a year. Robinhood is extremely popular among its users because of its commission free model. Robinhood is wonderful for people who want a cheap and convenient investment tool on their mobile devices. However, if Robinhood doesn’t charge any commission, how does it make any money? Well, you were wondering about that, this post is going to answer your question. Let’s get started and find out

How does Robinhood make money?

Robinhood is one of the world’s most popular online trading and investment apps. It was launched in 2013 and its commission free model helps keep investor costs low and encourages them to invest more in the stocks. Investors can trade stocks, ETFs, options and even cryptocurrency without paying commissions. The app was originally developed for Apple (AAPL) – Get Report phones and tablets but has since launched an Android version as well.

Robinhood was born in the wake of the 2008 Recession. The product was created to fulfil a desire to “democratize America’s financial system”. The brains behind Robinhood also wanted to provide a more modern platform for young but jaded investors.

Why was Robinhood named so?

The app was named after the legendary outlaw  Robinhood who stole from the rich and gave it to the poor”. The aim of the app was to involve the next generation into the act of investing at an earlier age. Because of its unique approach to investing, a lot of millennials have started using the low-to-no-fee app, especially the high-frequency traders.

What does Robinhood offer?

As of 2019, Robinhood offers a variety of investment vehicles including stocks, ETFs, cryptocurrency and options. The company has been valued at around $5.6 billion, following a recent Series-D investment round influx to the tune of $363 million, according to CNBC.

And, according to a recent report by JMP Securities in 2018, Robinhood is estimated to have around $1,000 to $5,000 in average assets per account – still way behind those of their competitors like Fidelity and TD Ameritrade (AMTD) – Get Report. Still, according to the company as of May 2018, Robinhood has allegedly saved customers over $1 billion in commission fees. The company was recently valued at over $6 billion, but how does a company which charges no commission for trades, earn its money. Before we delve into the specific things that Robinhood does, let’s learn a little about how free investing works.

What is Free Investing?

While commission free investing sounds free or extremely low cost on the surface but apps like Robinhood and Acorn earn their money using a variety of other means. Some of those are interest, rebates and making customers pay for premium accounts to gain access to exclusive investment options. Let’s find out more about them.

How does Robinhood Make Money?

Here are the ways in which this commission free investment and trading app makes money.

One of Robinhood’s co-founder said that the app makes a large portion of its money from interest made by lending out investor’s idle cash – basically making money off of uninvested funds in customer’s accounts. Robinhood’s website also states that the app makes money from “interest from customer cash and stocks, much like a bank collects interest on cash deposits” as well as “rebates from market makers and trading venues.”

Additionally, Robinhood charges for some other services – including live broker trading via phone (which will put you back $10 per trade) as well as some foreign stock transactions for around $35 to $50.

But Robinhood also reportedly makes a decent bit off of trades in other ways – including making money off of orders.

According to the Wall Street Journal in late 2018, “If a customer buys 100 shares of Apple for $200 each – a $20,000 purchase – Robinhood could get up to $5.20 for routing that order to electronic-trading giant Citadel Securities LLC, according to calculations based on a recent Securities and Exchange Commission filing,” the article reads. According to The Journal’s analysis of SEC filings, that’s compared to some 9 cents that Schwab (SCHW) – Get Report would make for the order and 16 cents that TD Ameritrade would make.

Robinhood Gold, the company’s premium account, allows investors up to $1,000 of margin – allowing them to trade with more than they have in their cash balance on the app.

This is accomplished through margin lending.

A major source of income for the investment app is the company’s margin trading service via Robinhood Gold – which starts at $6 a month, according to their site. The margin account’s minimum portfolio value is $2,000 – however, there are different tiers.

If you want additional margin loans, you can pay $6 a month for another $1,000 – and can continue borrowing money as the margin will be 50% your account balance (which is unusual for brokerages).

However, if users wish to switch their Robinhood account to another broker, they will need to pay $75.

Robinhood’s extreme dependency on revenue through high-frequency trading has come under heavy criticism in recent years.

According to a report released by Bloomberg in 2018, Robinhood made over 40% of its revenue from high-frequency trading and payment for order flow. Many online brokerages tend to use this controversial practice. If you go through Robinhood’s website, you will see that Robinhood sends “your orders to market makers that allow you to receive better execution quality and better prices. Additionally, the revenue we receive from these rebates helps us cover the costs of operating our business and allows us to offer you commission-free trading.”

Instead of orders being processed on a public exchange, Robinhood and other such companies can earn a lot of money by processing (or directing) trades through behind-the-scenes parties that provide the other end to the trade. Robinhood has said that it uses market makers Citadel Securities, Two Sigma, Wolverine, and Virtu – which the company has disclosed due to SEC Rule 606.

Even though the payout through rebates is quite low, Robinhood still makes a good amount of money through them. Co-founder and co-CEO Vlad Tenev released a statement about this in 2018, it said “Robinhood earns ~$0.00026 in rebates per dollar traded. That means if you buy a stock for $100, Robinhood earns 2.6 cents from the market maker.”

However, according to the company’s website, “[Robinhood] report[s] our rebate structure on a per-dollar basis because this accurately reflects the arrangement we have with market makers” – an unusual new move for comparable operations.

Because of the company’s boundary-pushing revenue streams, some suggest its reliance on rebates may someday be to its detriment.

“Robinhood’s revenue model could easily disappear,” Tyler Gellasch, executive director of Healthy Markets (an investor advocacy group), told Bloomberg in 2018. “They’ve made it clear that they are comfortable living on this regulatory edge.”

Is it Safe to Invest Money Through Robinhood?

Whenever you invest your hard earned money into something, it’s only natural to be concerned about its safety. When the investment tool is relatively newer, the doubts and fears are more justified.

As a brokerage firm dealing with securities, Robinhood is regulated by the Securities and Exchange Commission (SEC). In addition, the app has a membership with the Financial Industry Regulatory Authority (FINRA), which is a self-regulated organization that relies on voluntary participation from companies like Robinhood.

Robinhood had recently landed in hot water after it announced its plans to launch checking and savings account services which carried unusual interest rates. CNBC reported that Stephen Harbeck, the president and CEO of the SIPC, had “serious concerns” about the release, causing widespread criticism among regulators and users alike.

The company’s checking and savings account, which boasted a 3% interest rate (an industry-leading rate), would not have been protected by the FDIC – the bank standard. Instead, money in checking and savings accounts not intended to be used for trading would have been covered by the SIPC – which is not allowed. For many, this made Robinhood look as if it were masquerading as a bank.

“If there’s any uncertainty about regulatory protection, there is serious potential for people to be misled,” former Rep. Barney Frank told CNBC in December. “There needs to be a certainty – if there’s the stuff that isn’t covered it needs to be in big bold [letters] on the top of the page.”

A day after the new product was announced, Robinhood co-founders published a blog post, clarifying the announcement. Here’s what they said in the post: “We’re excited and humbled by the response to yesterday’s announcement of Robinhood’s cash management program launching in 2019. However, we realize the announcement may have caused some confusion.

As a licensed broker-dealer, we’re highly regulated and take clear communication very seriously. We plan to work closely with regulators as we prepare to launch our cash management program, and we’re revamping our marketing materials, including the name.

Our promise is unwavering—we always put our customers first—whether it’s deciding which features to build, keeping your cash and securities protected, or offering products that allow everyone to participate in and benefit from the financial system.”

Can you Trade in Options on Robinhood?

Yes, Robinhood allows you to partake in Option trading as well.The company doesn’t charge any base fees, exercise and assignment fees, or no per-contract commission. What’s more, you don’t even need to upgrade to the premium plan in order to start no-commissions trading. The Instant account allows no-commission options trading (although Robinhood will instantly transfer you to an Instant account if you currently have a Cash account). However, just because Robinhood lets you trade in options, you shouldn’t just go ahead and start doing it without proper knowledge and experience. Option trading can be very risky

However, just like any other platform where options trading and it should not be done by inexperienced investors.

Can you Trade in Cryptocurrency on Robinhood?

Robinhood, like a truly modern investing tool that it is, has also ventured into the promising world of cryptocurrency trade. This has reportedly led to an increase in the number of users. Baiju Bhatt, the co-founder and CEO of Robinhood, said this in an interview:

“Crypto has certainly added to our growth. In the next couple of years, I think you’ll see Robinhood looking like a full-service consumer finance company.”

The app currently offers trading with seven cryptocurrencies, including bitcoin, ethereum and litecoin. You can trade in Cryptocurrency with Robinhood across 37 American states and plans are underway to make it available across all 50 states soon.

So that was a brief look at how Robinhood makes money and some other things associated with it. Hopefully, you have a clearer perspective of how this famous online investment and trading platform earns money despite not charging any commission.

How to Get Viewers on Twitch: Make More People Watch Your Streams

Interesting Facts About the U.S. Economy