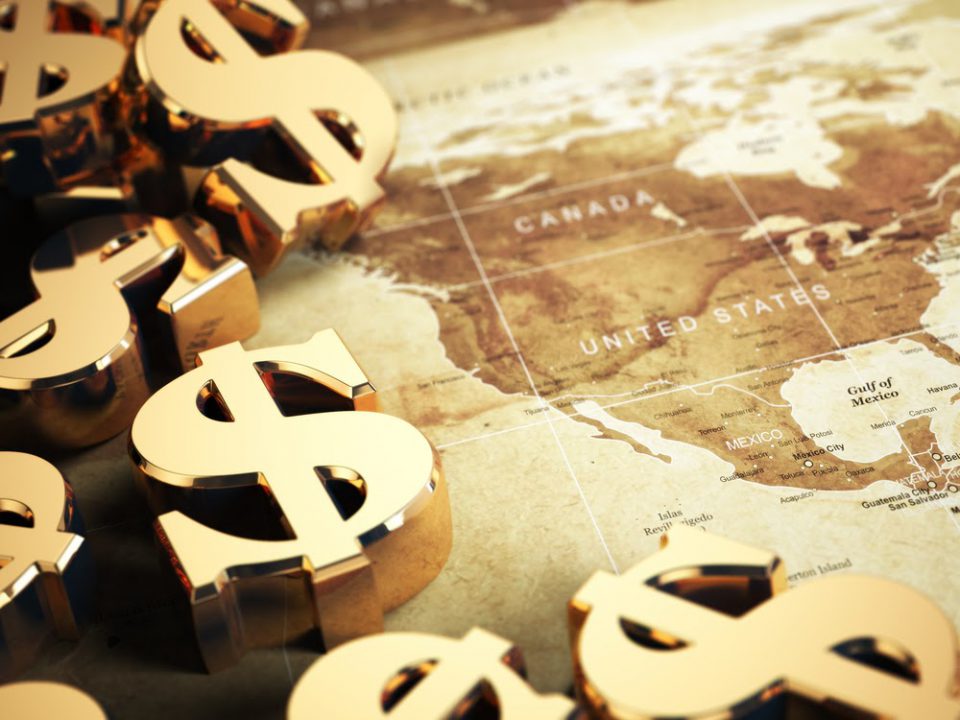 The American economy is a large-scale driver of innovation and general commerce across the globe. But, it didn’t become one of the world’s strongest financial spheres overnight.

The growth of the economy has sustained a variety of ebbs and flows, but here are some of the most interesting facts about our national financial structure.

Although the American economy wasn’t created in a day, it is one of the world’s most rapidly growing systems in history. But, we’ve just hit 13 consistent years with a 3% growth in real GDP.

This means that the growth potential of our dollar’s spending power hasn’t kept up with previous years.

The economy hasn’t seen a similar downturn since the 1930’s – during the Great Depression. After the 1929 stock market crash, the state of the economy didn’t pick back up until 1945.

However, we have approached the longest economic expansion period since the phase preceding the Great Recession.

Did you know that there’s a cost associated with not getting enough sleep? According to a recent study, sleep deprivation cost the U.S. economy billions of dollars.

The deficit is largely caused by sickness, health issues, and sick days caused by being overworked and under rested.

Sleep deprivation is a common catalyst for depression, anxiety, type II diabetes, and other ailments.

This factor alone results in Americans missing a collective 1.2 million work days on an annual basis.

Adding just two more hours to an individual sleep cycle is proven to improve quality of sleep, and saturation of benefits like better focus, appetite control, and even metabolism support.

Halting the use of electronics one hour before bedtime is one way working Americans are improving their sleep cycles. Limiting sugar and caffeine consumption in the evenings can also be helpful.

Sleep is a form of self care that is free to implement, and can save you money in the long run.

The Margin Between Upper and Middle Class is Growing

When it comes to the income disparity between the upper and middle class, about $100,000 stands in the way. This number has grown significantly from a few years ago, when only about $70,000 made the difference between the two classes.

The middle class has continued to shift as we’ve navigated through the ongoing pandemic. But, this isn’t the first time these economic spheres have been pushed apart.

Household incomes stagnating against rising inflation is one of the primary contributing factors to this trend.

Most of Our Money Goes to Defense

Amid these issues, it’s not to say that the U.S. is short on cash. We just allocate more of it to our defense sector than most of the world combined.

The American annual military budget accounts for approximately 15% of all federal spending. Last year, that amount rose to $610 billion.

This financial support makes our nation one of the most armored countries on the entire globe.

U.S. Debt is at an All-Time High

Given the other entries on this list, it’s probably no surprise that our national debt is through the roof. As a country, we owe about $22 trillion across the board.

From consumer debt to student loans, the American credit system is built upon the accumulation of credit against an outstanding balance. Compared to other banking systems around the world, debt is simply more widely accepted stateside.

The growth of online lending services and consumer credit platforms has led to an increase in loan applications this year. By simply typing “car title loans near me” into a search bar, consumers can obtain quick financing in minutes. From credit card applications to mortgages, nearly every process can now be conducted online.

Economists don’t expect this figure to drop anytime soon, as our national debt regularly climbs by more than 4.4% of our total GDP.

American capitalism is a wonder of the world, and we continue to be a global commercial leader despite high debt and unconventional credit management practices.

Unique lending systems, voracious market competition, and flexible market structure continue to set the U.S. apart as one of the most dynamic economies in history.

Chrissy Metz Weight Loss 2022: Can A Plus Size Actress Do It?

Which are the Best Vanguard Funds for You in 2021

How Technology Is Revolutionizing the Lending Scene