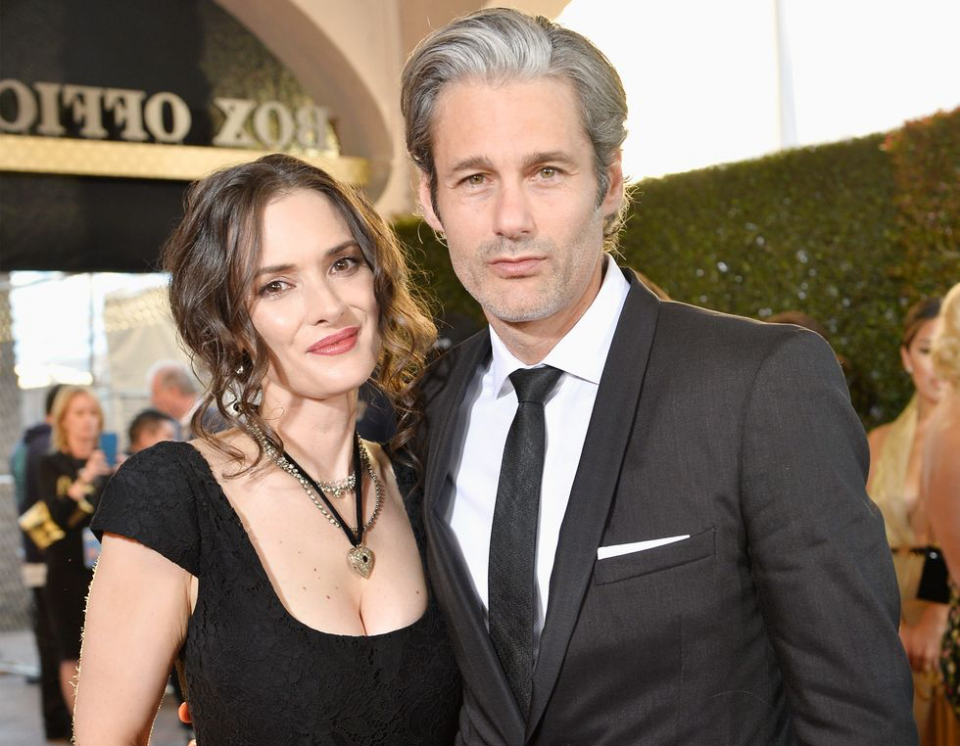 Winona Ryder has appeared in many very successful movies like Edward Scissorhands and Beetlejuice. She most recently had the role of character Joyce Byers on the smash hit Netflix show Stranger Things. When it comes to her personal life, Winona has been linked to her peers and rock stars over the years — making the internet question: “Who did Winona marry in 2019?”……” Was Winona Ryder married to Johnny Depp?”….“Who is Winona Ryder’s boyfriend?”. So, in this article, we reveal it all, including this extremely strange thing (get it) that her partner Scott Mackinlay Hahn taught her to do. Let’s dig into Scott Mackinlay Hahn’s wiki for some answers.

Who is Scott Mackinlay Hahn?

Scott Mackinlay Hahn is an American fashion designer and also happens to be the longtime partner of the famous actress Winona Ryder. The actress from Little Women and Edwards Scissorhands took a 360 from dating actors and musicians as her current lover is into another industry all together.

Don’t get us wrong Scott Mackinlay Hahn is a lucky man to be dating the beautiful and successful actress, but we think that Winona Ryder is lucky too, to catch such a handsome guy who does give off some silver fox vibes. He is also very established in his own right, with his eco-friendly clothing lines, a venture that we can definitely get behind!

Scott Mackinlay Hahn is a fashion designer with A TIE DYING TWIST!

He has created a few fashion lines that are focused on sustainable design.

Scott is the founder and owner of the eco-friendly clothing line called LoomState, which is a company devoted to environmental and social responsibility. Loomstate makes clothing using only organic cotton and was founded in 2004. Since its creation, Loomstate has partnered with the Mexican food chain Chipotle to make their uniforms and strive to be the model of environmental responsibility for other clothing lines. The reason for the partnership is to highlight the relationship between clothing and food, as the materials for each are cultivated from the earth and should be done so in an environmentally responsible manner.

He also has some big-name friends and clients:

Scott Mackinlay Hahn is also the founder of the clothing lines Rogan and Egan. For the creation of Egan, Scott partnered with the famous rock star Bono from the band U2 and his wife Ali Hewson. Scott Mackinlay Hahm is also the chairman of the Sustainability Steering Committee for the Council of Fashion Designer of America (CFDA) and serves as board member for the Council for Textile Recycling. His leadership in eco-consciousness, business, and sustainable designing has been recognized by the likes of TIME magazine and Treehugger, among others.

Scott and Winona have been dating since 2011, but don’t expect wedding bells soon:

Although Scott Mackinlay Hahn and Winona Ryder have been dating since 2011, and the two have walked the red carpet as a pair at many high-profile events,  he has yet to become her husband.

In a 2016 interview with The Edit, Winona opened up about why she’s never been married. “I’m a serial monogamist,” she said. “I’d rather never have been married than been divorced a few times. Not that there’s anything wrong with divorce, but I don’t think I could do it if that was a possibility. When your parents are madly in love for 45 years, your standards are really high. But I’ve been happily with someone for quite a while now.”

Then again, isn’t Winona Ryder still married to Keanu Reeves? Keanu Reeves and Winona Ryder starred together in several films, including “A Scanner Darkly” and “The Private Lives of Pippa Lee,” and ironically enough both have never been married before or after they worked together on Dracula.

While promoting his film “Destination Wedding,” Keanu Reeves shared that they got a real priest to perform the wedding scene with him and Winona in the film “Dracula.”Even after all these years, the actress still sends him texts that read “Hello, husband,” because she agrees that the fact that a real Romanian priest officiated their nuptials in 1992, means they are probably legally married.

Scott Mackinlay Hahn is considered to be a pretty private person:

Not many details about his personal life are known. His birthday is unknown but his age is reported to be around 40 years old. His girlfriend’s birthday is October 29, 1971.

They each pull their own weight:

Winona is her partner’s biggest cheerleader:

Back in 2014, Ryder was asked about her partner’s business and she supportingly spoke of his brand Loomstate during their Loomstate 321 line debut.

“I’ve known them for a few years and I’m a huge fan of their designs, but also their deep commitment to the environment,” she said. “And you know they’re doing what everybody should be doing and with sustainability and with keeping it organic and I’m just excited for them. They’re great guys and the thing is so awesome. Such a great example and it’s something that you can wear eight million ways and believe me I tried them all tonight. I speak from experience.”

Designer Scott Mackinlay Hahn has been known to live and breathe by his eco-conscious beliefs–incorporating them not just in his designs but also in his daily lifestyles. So much so that when Ryder was discussing his clothing for a promotional interview, the topic changed to her laundry schedule!

Asked if her Loomscale t-shirt would be washed before wearing, she spoke about the co-founders(one of them being her boyfriend) avoiding the washing machine.

“Well, I would have to double check with Scott because I’ve been schooled about laundry by them,” she said.

“I just used to do my laundry and I never thought about it. Then through them I really learned that you don’t have to wash your jeans every [day]…and it’s actually better.”

So there you have it! No more fights about which person has to do the washing, or who has to do the laundry! If their 8 year relationship can teach us anything, know that stars are lazy with laundry – no different than the rest of us!

All jokes aside, Scott Mackinlay Hahn is a great match for actress Winona Ryder. The two have kept their personal relationship pretty private, which has probably helped them keep the love alive all of these years. Cheers to the happy couple who don’t wash their jeans!

Which Types of Skirts Should You Choose From?