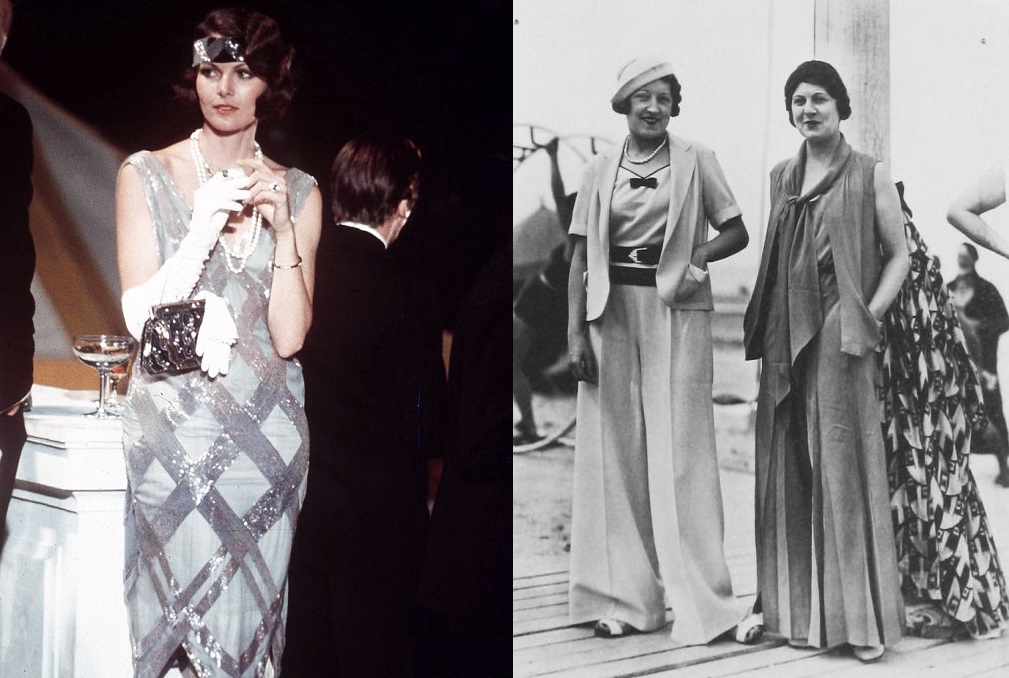 Times change. And so do people, and their world view and perception. The perception of beauty also changes with time. “Beautiful woman” meant a very particular set of qualities, which may be sometimes contradictive, strange, and even unnerving, but still seductive for thousands of admirers at this very moment. And these “points of attraction” may change in a twinkling, and a woman who was an iconic figure yesterday, becomes an object of ridicule. Fashion is variable, changeable, and capricious; it depends on people, social factors, industrial development. Let’s see how fashion was changing from the 1920 to 1940, as the changes are breathtaking! Let’s go back to the days, when there were no women’s designer clothing websites!

The world was still reeling after World War I. This war had a great impact on human mindset, behavior patterns, reactions, and way of life. This has caused the greatest shift in fashion, bringing to life new styles which were impossible ever before. The 1920s fashion denied everything that had been considered to be inseparable attributes of a beautiful woman: long hair, curved shapes, lack of ambitiousness. The hemlines and hairstyles became much shorter; the girls’ figures became boyish. “La garçonne” look (also known as the flapper) was based on convenience and simplicity. Shapeless silhouettes with no waist, a farewell to corsets, androgynous look – all these are the peculiarities of this unique epoch. It was a style of rebels – the notorious flapper wore makeup, applying it in public, smokes cigarettes and demonstrates her limbs when dancing in jazz clubs. She scandalized public opinion. She shocked her men.

Some luxurious textiles became affordable, and now anybody was able to create fashionable items at home. Now fashion turned into public domain. Middle-class women blended in with the fashionable aristocrats and the affluents, following the latest trends and such style icons as Greta Garbo or Marlene Dietrich, and other actresses, who embodied the Twenties look.

The 1940s were marked with World War II, and it has changed the life for ever. In the first half of the decade the fashion retarded. Women had also to make their contribution into the struggle, and they had to wear the uniform, which met the requirements of utility and austerity. The idea of function became central. Simple cut, simple fabrics, suits, low-heeled shoes – women were in need of practical and comfortable wear. It was a great contrast to the attires of the opulent 1920s.

With the end of the war, life did not immediately become normal. But women were hungry for splendor and changes, and they were presented with “the New Look”. This-post war style was offered by Christian Dior, one of the most significant 1940s fashion designers. Hourglass silhouettes, long full skirts, accents on the waist, bust, and hips created an image of female sexuality. Dior was a genius designer – women’s clothes escaped from utility into emphasized femininity.

These fashion samples are so charming, so eye-catching. These styles are unforgettable, and they haven’t entirely disappeared. Take a good look at modern trends. New ideas came to life and are actualized, for example, women’s plus size designer clothes.  Maybe you’ll notice some peculiar features of these periods, adapted for today’s ideals.