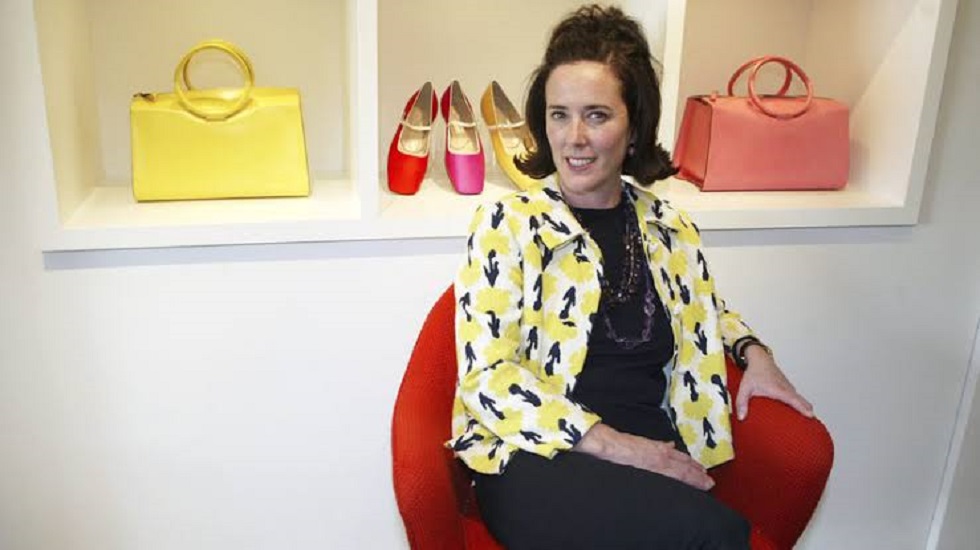 Katherine Noel Valentine Brosnahan (known professionally as Kate Spade) was a famous designer of some of the most stylish, fashionable, iconic handbags and apparels in history. She was the founder of the luxury bags and apparel brand Kate Spade New York. Kate Spade tragically hanged herself to death in her house on June 5th 2018. Kate Spade was only 55 years old at the time of her suicide. Kate Spade rose rapidly and quickly in the field of fashion. Her lasting legacy in the world of fashion is a testament to her incredible vision and tireless work ethic. Kate Spade was an inspiration to aspiring designers, one of the first and most notable women to head a line of designer products. Her handbags were an ideal combination of stylish and affordable, bucking the trend of elite European luxury brands by making them accessible to a wider group of people. Her designs – bright and colorful, made to look good without sacrificing the functional purpose of the bag – were a hit among many groups of women. Kate Spade bags became a look not only for young women just starting their careers, but superstar celebrities as well. In the wake of Kate Spade’s passing, celebrities like Chelsea Clinton and Mindy Kaling mourned the loss of the fashion legend. Her legacy lives on in her designs and the still-thriving brand of Kate Spade New York. Because of her passing, her net worth hasn’t been confirmed. However, numerous sources have put Kate Spade’s net worth somewhere between $150 million and $200 million. Regardless of the actual number, Kate Spade’s success was massive. Kate Spade carved a niche for herself in the market and garnered astronomical amounts of success through it. In this post, we will take a look at her career and brief but bright life.

When was Kate Spade born?

Where did Kate Spade study?

Kate Spade went to high school at the all girl Catholic St. Teresa’s Academy. Upon graduating high school, Kate Spade enrolled at the University of Kansas. However, she soon transferred to Arizona State University. At ASU, Kate Spade was a member of the Kappa Kappa Gamma Sorority. She graduated with a degree in journalism in the year 1985. As per Kate Spade, fashion was her love, but she wasn’t obsessed with it. She originally wanted to be a TV producer.

When did Kate Spade start producing her bags?

Kate Spade started producing her bags from the year 1993. And while there were early financials struggles as she and business partner/husband Andy Spade sought to make the dream work, they were making a profit just 3 years later. The fashion industry saw the potential in Kate Spade’s work and reacted quickly. Apparel and bag outlets jumped all over her designs. After her first trade show, Spade had secured deals with Barneys and Fred Segal to sell her handbags. Soon after, they could be found in Neiman Marcus and Saks Fifth Avenue stores as well, and sales skyrocketed. They began opening boutiques of their own. The Spades, though, were not involved with the Kate Spade brand for its entire run.

What was Kate Spade’s net worth?

In 1999, Kate and Andy Spade sold a 56% stake of the company to Neiman Marcus for a whopping $33.6 million. In 2006, the rest of Kate Spade New York was sold to Neiman Marcus for $59.6 million. Around that time, the company’s annual revenue was a staggering $100 million. In 2007, Kate and Andy Spade decided to step down from their roles in the company, explaining that they decided they wished to spend more time with their daughter, Francis Beatrix Valentine Spade, born in 2005. Neiman Marcus would sell Kate Spade to Liz Claiborne, which rebranded first to Fifth Pacific before becoming Kate Spade & Company. In 2017, long after the namesake left the company, Kate Spade was sold for $2.4 billion in 2017 to Tapestry – the company then known as Coach. There is no clear consensus on her exact net worth at the time of death. However, different sources have placed Kate Spade’s net worth between $150-200 million.

Which celebrities is Kate Spade related to?

Kate Spade’s status in the fashion world undoubtedly expanded her network of noteworthy contacts and acquaintances. But she was also related to some surprising, notable celebrities that remained in her life. Spade, then known under her birth name Katherine Brosnahan, attended Arizona State University in the 1980s. During that time she met Andy Spade, who she would marry in 1994. Andy Spade’s brother is none other than famous comedian and actor David Spade. In addition, Spade’s niece is Rachel Brosnahan, the Golden Globe-winning star of the Amazon series The Marvelous Mrs. Maisel.  Both Spade and Brosnahan took to Instagram after Kate Spade’s passing to pay their respects to Kate Spade’s life and work. David Spade called her “so sharp and quick on her feet”, while Rachel Brosnahan described her aunt as exceedingly kind, beautifully sensitive, insanely talented, funny as heck and one of the most generous people she has ever known.

What did Kate Spade do before designing?

Kate Spade’s early career involved fashion, but not from a design standpoint. After majoring in journalism and backpacking in Europe, Kate and Andy moved to New York. She got a temp job at Mademoiselle Magazine in 1985 and stuck around, working her way up to Accessories Editor at the fashion publication. Not sensing a future with the publication, she quit in 1992. But working in the accessories department of the magazine meant that she saw the most current and trendy purses of the era, and her frustrations with them led to the suggestion that she should start designing her own. Her tenure at Mademoiselle laid the foundation for what Spade would do with her designs later.

The Kate Spade brand became synonymous with handbags. Her designs were a hit. But there needed to be more as Kate Spade stores expanded to numerous outlets (currently there are more than 140 Kate Spade stores in the U.S. alone, and more than 175 worldwide). And so Kate Spade began making apparel, which has been worn in public by stars as notable as Kate Middleton, the Duchess of Cambridge. Now, the Kate Spade brand lends its name to far more products. Their website also offers footwear, athletic wear, jewelry, and even home decor products like dining sets, cookware, candles and stationary. They’ve also expanded far beyond purses in terms of accessories with sunglasses, wearable tech and travel gear.

What made Kate Spade’s designs so famous?

What was it about Kate Spade  products in 1993 that led to Barneys and Fred Segal putting her products on their shelves? The biggest reason behind that was the incredible design on the Sam range of bags, one of the first designs of Kate Spade. The Sam bag was a sensation. Boxy and made of nylon, the bag was sleek yet practical, meeting Spade  goal. They sold fantastically, and the subtle Kate Spade New York symbol on the outside became its own fashion statement. Kate Spade Sam bag may have been a &apos;90s staple, but it continues to exist today. In the spring of 2018, Kate Spade New York announced that the bag would be revived – with some modern updates like new material, but still retaining the classic Sam bag look. That an iconic staple of its era is timeless-looking enough to be revived today speaks to the success Kate Spade had in carrying out her vision, and the legacy she has in the worlds of fashion and design. At the time of her passing, Kate Spade’s net worth was estimated to be in the range of $150-200 million.

Essential Oils For Weight Loss: Everything You Need To Know

How to Clean White Vans at Home?

Glad to be one of many visitants on this amazing website : D.