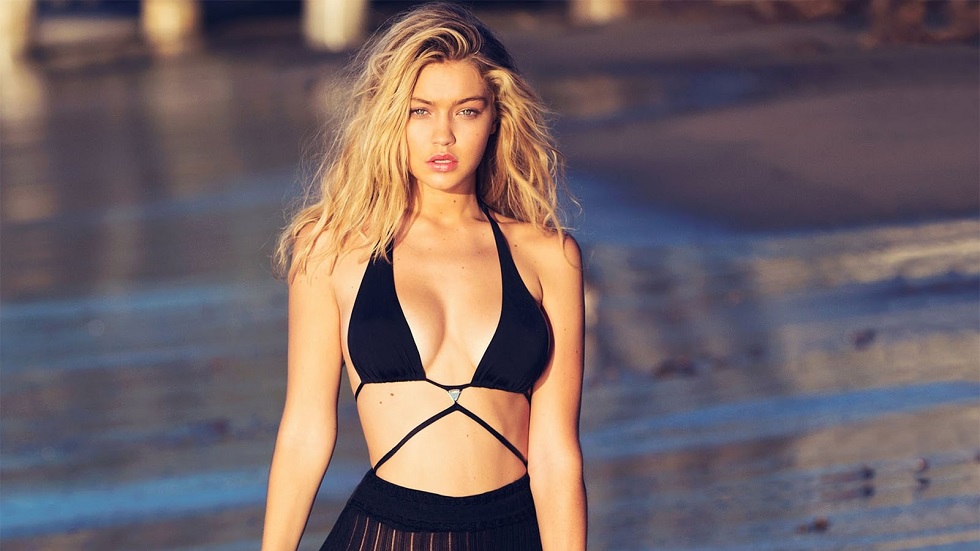 Jelena Noura “Gigi” Hadid is a famous American fashion model. She is one of the bright young stars of the fashion industry.  Gigi Hadid has had a rapid climb to fame. After making her modelling debut at the age of 18, she quickly entered models.com’s Top 50 models list. In the year 2016, Gigi Hadid was also named the International Model of the Year by the British Fashion Council. Gigi Hadid has made a staggering 35 appearances on the cover of Vogue Magazine over the last four years. Gigi Hadid’s incredible success in the fashion world has already resulted in her net worth becoming $29 million. This is incredible for someone who is just 24 years old. Let’s take a look at the incredibly young and successful life and career of Gigi Hadid.

Gigi Hadid: Net worth and career

When was Gigi Hadid born?

Gigi Hadid was born on April 23rd, 1995, in Los Angeles, California. She is the eldest of three siblings and the first daughter of Mohamed Hadid and Yolanda Hadid. Gigi Hadid’s father is of Lebanese-Palestinian-American origin while her mother is a Dutch-born American. Gigi Hadid’s younger siblings, Bella Hadid and Anwar Hadid are also models.

Where did Gigi Hadid study?

Gigi Hadid went to Malibu High School, Los Angeles. While at school, she excelled at sports and was the captain of the high school volleyball team. After her graduation, she moved to New York to focus on her modeling career. However, in 2013 she stopped her studies to focus solely on her career.

It’s pretty safe to say that being the oldest child of a very socialite family; Hadid was always going to succeed. She made her runway debut walking in Desigual’s runway show in 2014.

Following that year she appeared in Tom Ford’s eyewear campaign. Gigi Hadid’s popularity to astronomical levels as Maybelline is a brand with a massive global outreach. She made her first appearance on the runway for Victoria’s Secret’s Fashion Show in 2015.

Soon after that, she was announced as the global brand ambassador for Tommy Hilfiger’s clothing. As a part of a promotional campaign for Tommy Hilfiger, Gigi Hadid appeared in an ad alongside six time Formula One Champion Lewis Hamilton.

Gigi Hadid then went on to collaborate with designers all over the world. She debuted at New York Fashion week the following year.

She made her debut in the Top 50 Models ranking at Models.com. The following year she was named International Model of the Year by the British Fashion Council.

Which disease does Gigi Hadid have?

In a 2014 revelation, Gigi Hadid confessed to having Hashimoto’s disease. She reiterated her condition in 2016. Hashimoto’s disease is an autoimmune disease where the thyroid gland gets destroyed over time. Over time, the thyroid gland might grow in size and result in complications like weight gain, fatigue, constipation etc. the gland might eventually transform into a painless goitre. After many years of the condition, the thyroid gland might eventually shrink in size. Hashimoto’s disease is thought to be due to a combination of genetic and environmental factors. Risk factors include a family history of the condition and having another autoimmune disease. Diagnosis is confirmed with blood tests for TSH, T4, and anti-thyroid autoantibodies. Other conditions that can produce similar symptoms include Graves’ disease and nontoxic nodular goiter.

Gigi Hadid was assaulted in the year 2016 by media personality Vitalii Sediuk. Gigi Hadid’s self defence abilities against him were widely commended.

Why was Gigi Hadid not allowed to visit China?

Gigi Hadid tried to travel to China so that she could participate in the 2017 Victoria’s Secret Fashion Show. However, the Chinese Government revoked her visa for her alleged racism towards Buddha.

Who is Gigi Hadid dating?

Gigi Hadid publicly went out with Cody Simpson between 2013 and 2015. She even appeared in Simpson’s “Surfboard”.

After breaking up with Simpson, Gigi Hadid started dating former One Direction singer Zayn Malik. She made an appearance in Zayn Malik’s video of Pillowtalk.

The couple also went on to appear on the cover of Vogue magazine together, becoming only the third couple to ever do that. However, Vogue mistakenly labelled them gender fluid and went on to apologize later. The couple has broken up on numerous occasions but as of January 2020, Gigi Hadid and Zayn Malik are back together.

What is Gigi Hadid’s net worth?

Gigi Hadid is currently signed to IMG Models. She is one of the most famous and well renowned models in the fashion industry. Hadid has collaborated for designers including Chanel, Balmain, Marc Jacobs, Fendi, and Versace. Her incredible success and meteoric rise to the top of the modelling world has made her very rich. As a result of that, Gigi Hadid’s net worth is $29 million as of 2020.

“My sister is my little star, and I’m excited for her and proud of her. With her, I’m protective, but also I don’t want to be that sister who’s really pushy and thinks they know everything and making her feel like she doesn’t know what she’s doing. I’m trying to be that cool older sister and not the mom, but it’s hard.”

“Everyone has a different body shape, so you kind of have to figure out not only what works best for your body type, but what also makes you feel confident. Even if everyone thinks you look good in a bikini, and you don’t feel good in it, you’re not going to be at your best. If you feel great in a bikini, you can always work it.”

“My mom always taught me to put toothpaste on pimples to dry them out at night. I do that all the time. I don’t use anything fancy when I get a pimple. And I never use the same toothpaste for long because I get bored. So I’ll do peppermint and then one month I’ll do cinnamon. I’m creative.”

“I’ve learned that if I only put my mind to one thing that I can get tunnel vision. Then I may not be as open to other opportunities because I’m so focused on one thing. I think what’s worked better for me personally is I have three goals every day: be nice, work hard, and make friends.”

Gigi Hadid is one of the most famous models in today’s world. She has technically been a model since the age of two so it’s no surprise that she has achieved so much success by the age of 24 itself. She has collaborated with numerous globally renowned and her popularity is only rising with every passing day. Her net worth is definitely going to increase a lot over the coming years. As of 2020, Gigi Hadid’s net worth is $29 million.

Tongue Piercing: Most Frequently Asked Questions (With One Line Answers)