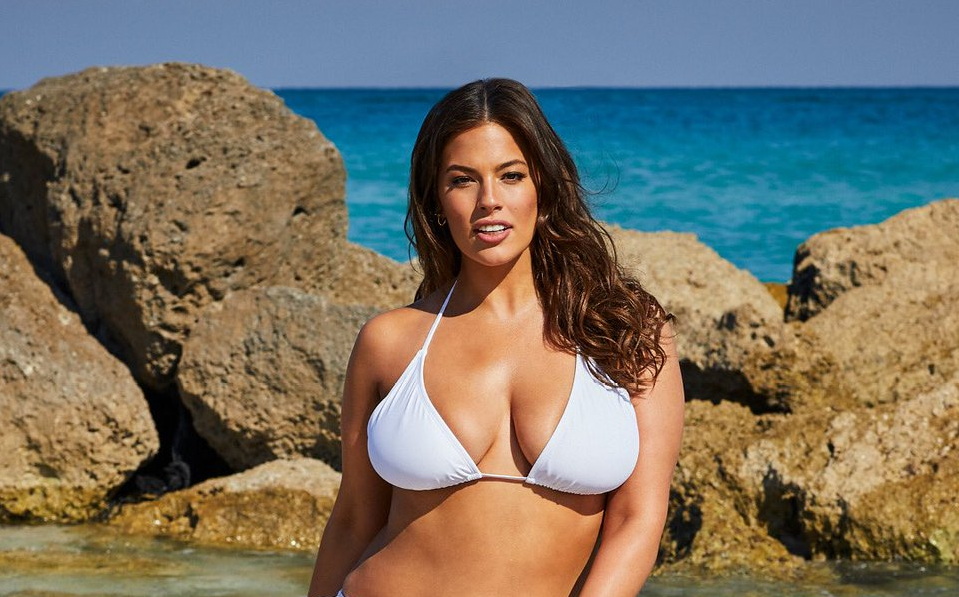 Over the past few years, plus size model Ashley Graham has given the fashion industry a giant leap! The plus size community of models and designers that embrace them have banded together to be more inclusive to girls of all shapes and sizes. Leading the charge of the body positive movement is none other than supermodel Ashley Graham. Ashley has walked in shows from plus-size day dresses to stunning sheer lingerie looks among other non-plus size models and even produced the Ashely Graham Barbie doll to promote body positivity amongst young children. As the whirlwind that is fashion week prepares, let’s take a look back at her best runway moments and her recent baby bump runway debut that showed off her baby bump while walking in the Tommy Hilfiger x Zendaya show during New York Fashion Week.

Who is Ashley Graham?

Ashley Graham is one of the most popularly recognized plus-sized American models (with 9.1m followers) in the industry, gracing the covers of major fashion magazines. Born on October 30, 1987(hello fellow Scorpions) Ashley Graham is an American model who has become one of the most popular faces in the modeling industry and particularly for women who identify themselves as curvy (a term Graham prefers instead of the term “plus-sized”). Known for her accessibility and body confidence, Graham has been described as an ambassador of the “real beauty” movement, which celebrates what real women’s bodies look like rather than the impossible standards set by the fashion industry. With her increasing popularity, she has graced the covers of the world’s biggest fashion magazines, including Vogue, Elle, and Harper’s Bazaarand has walked the runway for major fashion brands and designers.

What size is Ashley Graham?

Graham has been criticized for her figure in the past.

After posting some exercise videos on her Instagram page, Graham came face to face with comments claiming that she exercises to lose weight to no longer be a plus-size model. Graham didn’t hesitate to set the record straight, saying she exercises to feel good and get energized (which we tip our hats off to)

“To be completely honest, I’ve gained weight in the last five years, not lost weight. Look at my IMG Polaroids from when I first signed with them to now, you can tell I’m thicker. I mean, it’s just age!” stated Graham to set the records straight about her “weight loss”

That being said she is encouraging healthy habits in her own way. Graham feels about green juice the way most people do about apples: once a day keeps the doctor away. Her favorite combo is a blend of kale or sometimes she adds spinach, lemon, ginger, beets, apple, and parsley.

Who is Ashley Graham married to?

She met her husband, Justin Ervin, a videographer, at church in 2009 and they got married the following year. Ashely Graham and her husband Justin Ervin have both announced in August 2019 that Graham is pregnant with her first child and their first as a couple.

“Surprise!” Graham and Ervin stated in an Instagram video on Graham’s page. In the caption, Graham celebrated the couple’s ninth wedding anniversary while revealing their big next step as the camera panned away to reveal her growing belly.

“Nine years ago today, I married the love of my life, It has been the best journey with my favorite person in the world! Today, we are feeling so blessed, grateful and excited to celebrate with our GROWING FAMILY! Happy anniversary, @mrjustinervin ❤️ Life is about to get even better.”

Ervin also shared his own personal update on Instagram along with a gallery with throwback photos of the couple and a sonogram picture.

“To my forever love and my daily inspiration. Happy anniversary @ashleygraham,” he wrote. “These 9 years have played out like a lifetime. I guess it’s because my life really started once you came into it. Now that we’ve made a life together, let’s make a life together. I love you and I love us. All of us…”, he stated.

How old is the model Ashley Graham?

How was Ashley Graham discovered?

Graham was discovered at a tender age of 12 at a mall in Omaha, Nebraska by an International Modelling Agency, I & I, Ashley Graham was the chosen one. Soon after she was appearing in ads and catalogues and steadily learning the ropes of what it took to be a serious model. By the time she turned 18, she moved to New York City to pursue her career full time. With her extravagant personality and a great attitude, her journey to stardom began at such a young age and she was among the very young models to pursue modeling as a career so early in her life. Graham first signed on with Wilhelmina Models in 2001 but two years later, moved to Ford Models until the agency closed down its plus-sized division. Currently, she is represented by IMG.

Ashley Graham has appeared on the covers of Vogue, Elle, Glamour, Harper’s Bazaar and has walked the New York Fashion Week runways, most notably for Michael Kors’ spring/summer 2018 collection. Among the many fashion campaigns she’s appeared in, Graham has worked with Bloomingdale’s, Liz Claiborne, Hanes, Target, Macy’s, Levi’s and Nordstrom.

What To Do If You Have A Nose Piercing Infection