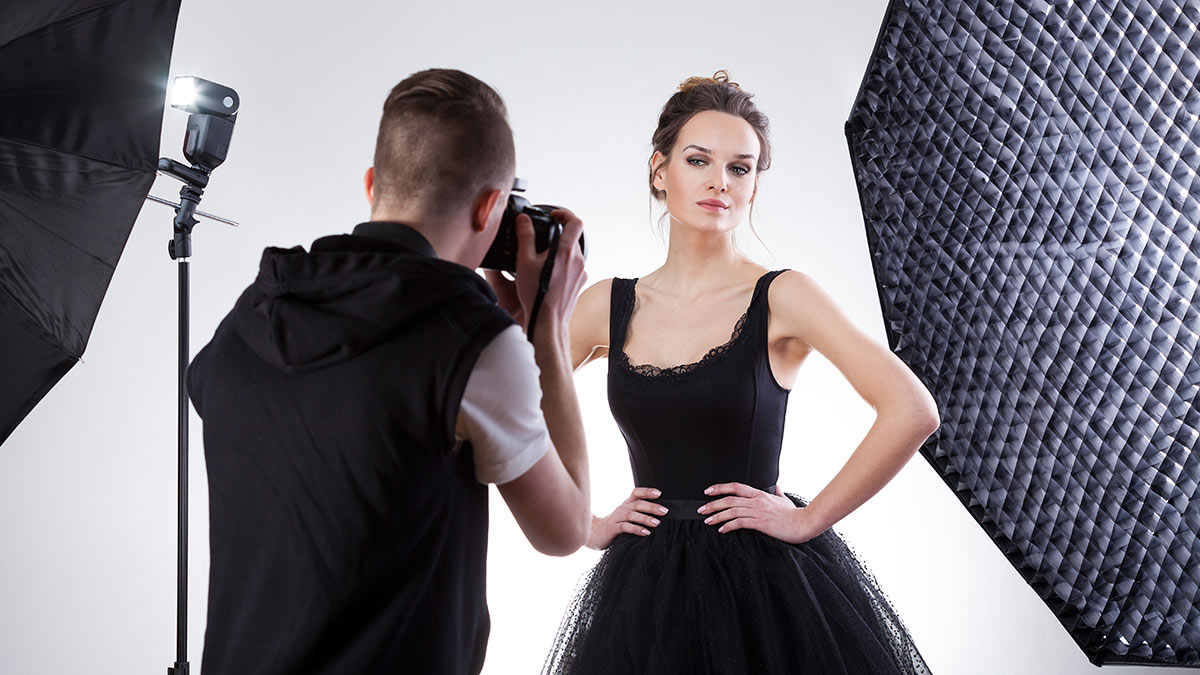 Photographers are challenged day in and day out with one of the toughest facets of the job: model poses for the subject. In this article, we have listed important positioning and placement to make certain model poses work for both the model and photographer.

Even the photographers with a lot of shoots under their belts know that when a model steps in front of your lens for the first time he or she will expect some direction. It’s up to the photographer to give that proper guidance, otherwise, your images will just come up short.
A lot of photographers have to shoot with everyday people who aren’t models and we need to make them look like models.

There is nothing more awkward than when a fresh unexperienced model poses with a quiet photographer. Your team is not only depending on you but so are your peers and clients. It’s a lot of pressure, but a great image can be captured by following a few of these “ground rules.”

Sometimes models make mistakes. The first, common instinct for a new model is to place their hand on their hip and raise their chin sky high (to expose a “long” neck after watching too much ANTM) and give some sort of angry blank expression. #model mode?
This is so wrong. The hand on the hip reeks of “hi, I am a sorority girl” attitude and the high chin may elongate the neck but it does nothing to help the jawline, and all of this just makes both you and the model look unprofessional.

So what can you do when the subjects have zero experience with basic model poses or controlling their face for the camera? Read about how to ace these model poses and take the wheel to actually take control.

When the subject or model opened her mouth, it sets a completely different mood, a different feel and thereby, a different photograph. With model poses where the mouth is closed, the jawline clenches and adds extra weight to the sides of their face. It can also give negative energy to an image like a bored neutral look. When the mouth is slightly open, the jawline becomes elongated and ends up giving the photograph a subtle intimate invite to the viewer.

A camera can only see in two dimensions. A two-dimensional shot means that a photograph is not three dimensional unless it’s shot in a three dimensional way. So, a trick to help with this is when a model pushes her chin forward and then down. Then it is faced directly towards the camera, from the photographers perspective the jawline is extended and stronger lines have been formed. However, if the model were to move to their side profile, he or she would resemble a turtle poking its head out of the shell. It might look incredibly awkward for the model, so be aware of the model’s torso and stance before asking to bring her chin out and down.

Here’s another point: When someone stands in their normal relaxed stand, or even stands up straight to have nice posture, there is a little bit of flab right underneath their chin. It doesn’t matter how skinny some models are, you will see this. If you tell people to bring their chin forward, which sounds like the sensible thing to do, they will point their chin at you, which brings their face up and ends with you shooting up their nostrils, but this isn’t attractive either. Instead, try to tell your model to bring their ears forward.

That being said, don’t lift your head up way to high either in an attempt to expose your neck (see image below)

This is a very simple yet important tip. Shoulders are overlooked so often, but really do play a crucial role in framing the face of a model. Popping a shoulder up and forward can make all the difference, especially in beauty photoshoots. Just raising one shoulder higher than another will add another dimension and power to the image.

This is because when your subject stares at the camera head-on, they tend to look bigger. That’s good when shooting a football player or CEO of a big company but it doesn’t look good when shooting beauty or portraits. Once you have your subject turn, they are showing a slimmer profile of themselves to the camera, and look slimmer.
The red line shows the full width of the model when standing straight forward. A tiny turn to the side gives a photo that is still the subject facing the camera, but in a slimmer profile, the magic is all in the turn!

Tip 4: Shake That Stone Feet Off

When it comes to fashion photography, shoes also tend to be a crucial piece, in addition to the wardrobe. So often they tend to be often overlooked because legs and feet are never easy to pose. Most photographers will try to avoid the full-body shot and go right for an easy three-quarter image trick. But, when you have to capture the full body and the shoes, implement some form of motion by trying to get the model moving. Ask her to jump, walk, lunge and shake the heavy feet. An easy trick is to ask the model to just walk forward or pacing back and forth in a continuous manner.

Hands are one of the challenging aspects of modeling and can make or break an image. When done correctly, the model basically relax their hands as if they were in ballet, spreading the fingers lightly, slightly broken at the joints(see image). From there, depending on the aesthetic and style of the shoot, hands should be placed in a position that works with the image. Under the chin, over the shoulder, to the side or through the hair are some other options for hand model poses.

Usually, we don’t generally think of hair as a part of the body we can control unless you’re a boss ass hairdresser, but the good news is you really can! Let’s say you are shooting a person with long hair, then crucially the first thing anyone notices about your photo, is how well maintained or groomed the hair is. There are no rules as to what looks perfect and well photographed. Everyone will look different with their hair in a different way, right girls?.
Imagine you’re doing a basic portrait session without makeup artists and hairstylists. Just remember that hair sitting on the shoulders looks terrible, this is the most important. If the hair sits on their shoulders, then it looks wild and as if you need to do something with it.
Let’s see some examples:

The hair on the shoulders (#1) should be avoided at all costs. The rest of the hair positions have their style depending on your model and the look you are trying to achieve. With the hair on both sides (#4 and #5) this is a natural part of a person’s hair and will lend to one side looking better than the other.
In general, just keep in mind that you want their part facing the camera so more of their face is included. For this see (#6) so we can more easily see the posing instructions without distraction. Many women see ponytails as the “day-off” casual hairstyle, but it actually looks very nicely in portraits and headshots since you have a clear view of their face.

When we stand naturally, another thing we do is stand with our arms flat at our sides. This causes several problems in the photo. First, it makes them look awkward and uncomfortable in the photo. Secondly, their arm presses against their torso and squishes the arm out and makes it look larger than it actually is.

Tip 8: Get Low While Shooting

A mistake people tend to make by many photographers is completely ignoring their own height and shooting a model from above or at their own eye-level. Instead, while shooting three-quarter or full-body, get low to the ground and shoot high. This method of shooting not only increases the height of the model but also creates a more dramatic “hero” look to the image and the model poses tall. This type of positive reinforcement is everything. If you aren’t talking, you aren’t directing and if you aren’t directing then you’re not getting the shot! Play to the model’s confidence and after every 2 to 3 snaps hype the shots with a “buzz word” such as “fabulous, great, beautiful, excellent or love”, tastefully, of course.

All amateur models can instinctively feel the need to keep their eyes to the camera but they should prefer the opposite. A model glancing off-camera plays to my structured aesthetic; we constantly hear “follow your nose with your eyes,” as it reduces the amount of white in the eye and eliminates the awkward over rotating eyeball. Also, we always want to see color, contrast and catch lights in the eyes, if the model simply follows their nose the color and catch lights will be there.

Now, if the model poses in a way that they turn too far and the nose crosses this line, it “breaks” the natural curve of the face. It creates the “Pinocchio” effect and extends the length of their nose. Prevent this by having them turn back toward you slightly, until you can see a little bit of space between the end of their nose, and the side of their face. You don’t want to break that line or it makes them look like they have disproportionate facial features.

The Major Pros And Cons Of Fine Wine Investment