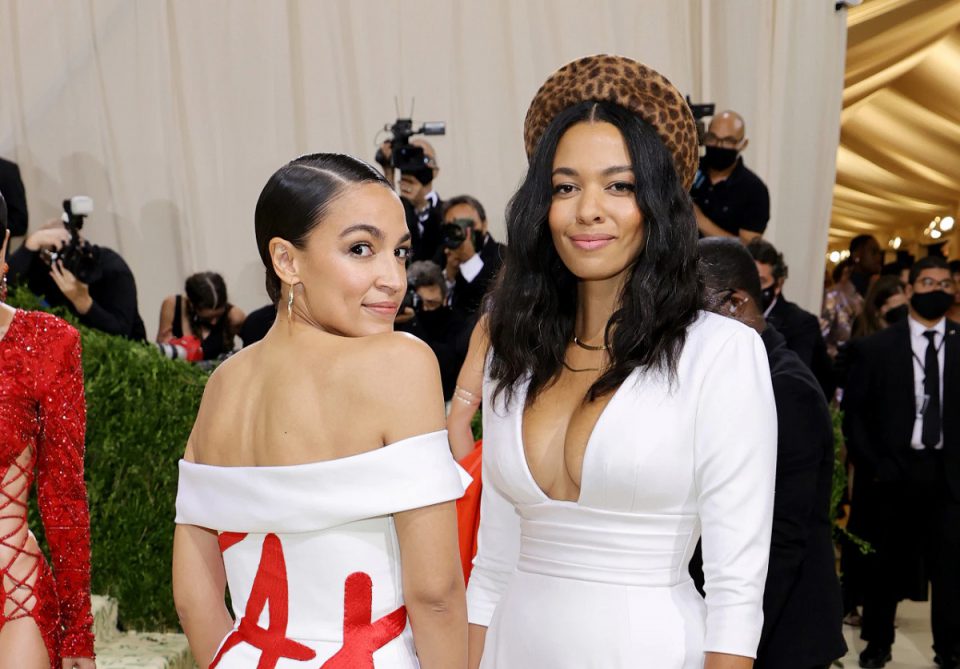 On the first Monday of every May, the world waits with bated breath as public figures and the fashion world’s elite stroll up the stairs of New York City’s Metropolitan Museum of Art and into one of the world’s biggest and best lavish events. Of course, we’re referring to the Met Gala, an evening that celebrates the intersection of fashion and art. Each attendee, decked up in thousands of dollars worth of clothing and jewellery, shows off their version of the year’s themes. But what exactly is the Met Gala, and why are we never shown what goes on inside the event? So, we’ve compiled a list of the top ten Met Gala secrets to help you understand the magical evening, and we bet you didn’t know any of them!

The Met Gala is a yearly benefit for the Metropolitan Museum of Art & Costume Institute held in New York. The goal of the event is to raise funds for the museum’s costume and fashion department. Each year on the first Monday of May, the event takes place. Another goal of the Met Gala is to draw attention to the museum’s current fashion exhibition. Every year, the Met Gala board announces the theme of the Gala, which corresponds to the exhibition. The Met Gala is known as the Oscars of the fashion world. Every year, the Met Gala invites the most influential people in fashion, music, and film. The list is not consistent; it shifts from year to year.

Unknown facts about the Met Gala

1. Met Gala is not the actual name of the Gala

The Met Gala is actually known by a much lengthier, more formal title. The annual gala is officially known as the Metropolitan Museum of Art’s Costume Institute Benefit, as per The Met’s webpage.

2. Getting tickets is a huge challenge

Acquiring the highly prized tickets for the fashion event is quite difficult. The event’s chairperson, Anna Wintour, is exceedingly choosy about who she invites. Every year, Wintour handpicks the artists and personalities she believes best represent the theme of the event. According to Vogue, co-chairs of the 2019 Met Gala included Lady Gaga, Harry Styles, and Serena Williams, all of whom are shining examples of camp in the Instagram era. Individual seats are pricey – ranging from 30,000 to 50,000 dollars – but a single table costs between 275,000 and 500,000 dollars. However, just because you have the financial means to purchase tickets does not guarantee that you will be allowed to attend. Some people who could afford the ticket were previously denied by American Vogue’s editor-in-chief.

3. Anna Wintour’s authorization is required for anything to happen

Anna Wintour has complete control over not only who is allowed to attend but also the entire event. Nothing transpires without your consent and under their supervision. This includes everything from the tableware to the lighting to the flowers and ushers’ attire. The event will take many months for her to plan. It’s no surprise, given the meticulous planning. In the interim, Anna Wintour has been organising the event for 26 years, so a certain pattern has undoubtedly developed.

4. The designers pick their muse

Each designer has their own muse. The majority of the celebrities we see on the red carpet do not purchase their own tickets. The majority of tickets for the Met Gala are purchased by luxury brands, who then offer them to their muses to wear their products. Typically, designers select muses depending on who best embodies their vision. That explains the stars’ clothing choices in one way or another.

The seating pattern is subject to vary throughout the year, but the most essential rule is that married people are not permitted to sit next to one another. The primary idea of these events is to interact with other people and be intrigued by what the other people are up to. It’s actually appropriate since the ultimate objective to attend the Met Gala is to socialize so what’s the point of going there if you’re only going to hang out with your spouse?

6. These foods are never served

Firstly, you will not find any food that contains parsley in the Met Gala since they tend to stick to the teeth. Now, who would like to have a parsley leaf stuck in their teeth during such a huge lavish event? Secondly, the food that is served in the Met Gala doesn’t have onion and garlic, since they make your breath foul. Celebrities and artists go to the Gala to socialize and bad breath doesn’t really go with socialization. Lastly, Bruschetta is also not served. Why is it so? It is very easy for it to slip directly off the bread onto guests’ clothes, staining extravagant outfits.

In 2018, an age restriction was imposed, and only guests aged 18 and up were permitted to attend. There’s a reason Beyoncé and Jay-Z haven’t taken Blue Ivy Carter to fashion’s greatest event. The Met Gala organisers mandated that guests be at least 18 years old in order to attend the event. “It’s not an event for people under 18,” they informed The Hollywood Reporter.

8. Slits are worn by celebrities for pragmatic reasons

If you’ve ever been to the Met Museum, you know how difficult it must be to walk up those intimidating steps in such extravagant attire. This is why so many designers use slits in their costumes. Manny Ezugwu, a fashion stylist, told The Telegraph: “There was this funny scene where we trying to load Toni [Garnn] and Jourdan [Dunn] in the car to get to the Met Gala and we had to put the seats totally flat so they could get there without the dresses getting creased. And then when they were walking, it was impossible because it was one foot in front of the other. After that, from 2014 onwards, I was like, ‘There needs to always be a slit.'”

9. Donald Trump and Tim Gunn are banned from attending

Bella Hadid, Dakota Johnson, Stella McCartney, and Rami Malek were all spotted smoking in the Met Gala bathrooms in 2017, in violation of New York City’s Smoke-Free Air Act. As a result, according to WWD, the event now has Department of Health inspectors on hand to check that no one sneaks off to smoke illegally.