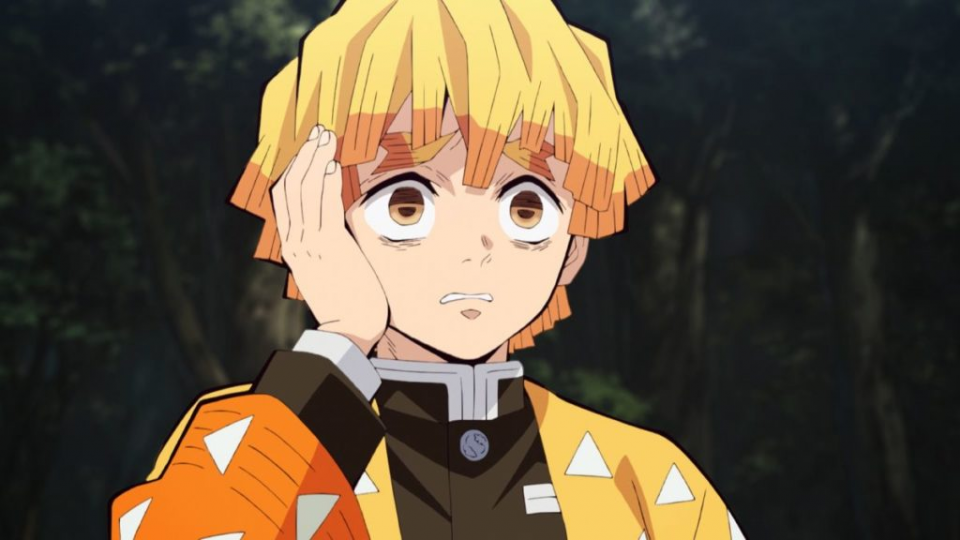 The demon slayer Zenitsu has a bad rep: as a coward and a foul-up. But did you know that he’s extremely bright and despite being shown to be an incompetent and slow learner, he’s also shown to be loyal to his friends? Zenitsu joins the Demon Slayer Corps because of certain personal reasons and there are some things that fans may still not know about this infamous Demon Slayer character. Let’s find out more about those things as published by 2MinutesRead.com.

Zenitsu Transitions To Less Of A Harasser In The Manga:

While watching the anime, it has been made abundantly obvious that Zenitsu is someone who stalks and harasses women.

This character just does not understand the concepts of personal space and consent. This is always played off as a joke (shounen anime are famous for normalization of abusive traits), but in the manga, this one defining trait of his becomes less and less visible with each passing chapter.

You Won’t Believe The Details Regarding His Name:

Zenitsu’s name expands to Zenitsu Agatsuma. This is his full name.

It has been confirmed by the mangaka of the Demon Slayer: Kimetsu No Yaiba manga that his name Zenitsu stands for “goodness” while his last name means “my wife” (we bet you didn’t see that coming) The creator of the mangaka said in an interview that, when pronouncing his name, lesser emphasis should be given to “zen” and more to “suu.” What we are saying is that the last syllable of his name is meant to be dragged out.

This Is Why He Is Easily Frustrated With Tanjiro:

Although he often considers Tanjiro as a good friend, Zenitsu is often mad with the attitude of his bestie. This is because what his bestie Tanjiro perceives as bravery, Zenitsu looks at as a suicide mission.

Not only does Tanjiro often find himself stuck in dangerous situations, his friends are often forced to wiggle him and themselves out in order to save his life, thereby putting everyone in danger!

The Demon Slayer Has Immense Respect For His Teacher:

The name of Zenitsu’s sensei is Jigoro Kuwajima. His master was a strict man but kind hearted who taught Zenitsu the ways of a Demon Slayer. Jigoro Kuwajima is a former Thunder Hashira who teaches him the Thunder Breathing techniques.

One of Zenitsu’s worst character traits is how he harasses every single female who gives him even the slightest of attention, making him a creepy and a stalker. However, fans forgive this side of him because he has certain redeeming qualities that make him likable such as his respect for this master.

The once young boy looked up to Jigoro Kuwajima as a father figure and always strove hard to live up to his master’s demands and expectations. He admired and always respected Jigoro, and it was these very feelings for him that helped Zenitsu move past his cowardly nature.

Zenitsu And His Subconscious Combat:

Throughout the show, we see that Zenitsu has a very unique way of fighting. For example, he usually passes out due to extreme cowardice whenever he faces any danger and that, in an unconscious state.

However, when his subconscious mind takes over, he fights like a pro. Think about it: this is a state of mind where your body will move based on pure instinct, which means his level of swordsmanship is very high, as is his ability to defend himself against high ranking rival demons.

Zenitsu Invented His Own Form Of Breathing:

Zenitsu invented his own form called Seventh Form: Honoikazuchi Nokami. Through this form, this demon slayer is able to conjure a creature similar to a dragon that breathes both thunder and fire.

When combined with God Speed, Zenitsu’s force and strength increase, giving him the ability to be victorious against rival demons like Kaiju, from the Upper Moon Six.

This incident is a manga-only occurrence in the Dimensional Infinity Fortress story arc.

Zenitsu meets his long-lost senpai Kaigaku, but, to his shock, Kaigaku is no longer in human form, but a demon. Upon realizing that, Zenitsu denounces him as Kaigaku as his beloved senpai.

When the demon instigates Zenitsu by calling him a coward, the boy doesn’t give in to his emotions. He simply replied calmly that, for someone who simply filled an empty slot in the lowest-ranked of the Upper Moons, Kaigaku sure had a lot of opinions.

The Reason Behind Zenitsu’s Master’s Death:

In the very same scene, Zenitsu berates Kaigaku for being the reason their sensei committed death by suicide. It is then explained that, as Kaigaku became a demon, their master could not take the shame and committed seppuku. Seppuku was a painful and slow death for him. Kaigaku then goes on to berate their sensei, naming him senile.

He Has Hashira-Demon Slayer Level Feats

There are many types of Demon Slayers, and among them are the Hashiras. Hashiras are extremely respected as they are well known for their original styles of Breath and impeccable fighting abilities.

Zenitsu is one of those obscure non-Hashia Demon Slayers who’s been able to match the feats of the Hashiras as seen by him creating his own Breathing form and defeating a demon way above his skill level.

His Excellent Hearing Helps Him:

Zenitsu’s sense of hearing is extremely acute, just like Tanjiro has a heightened sense of smell.

Not only is this demon slayer able to listen to the sound of the movement of humans, demons and animals from large distances away, but this character can also listen to the thoughts of people if he can focus hard enough.

This helps him to identify and place demons who are well hidden. Another lesser-known fact is that Zenitsu is also proficient at playing stringed instruments like koto and shamisen, due to his acute hearing.