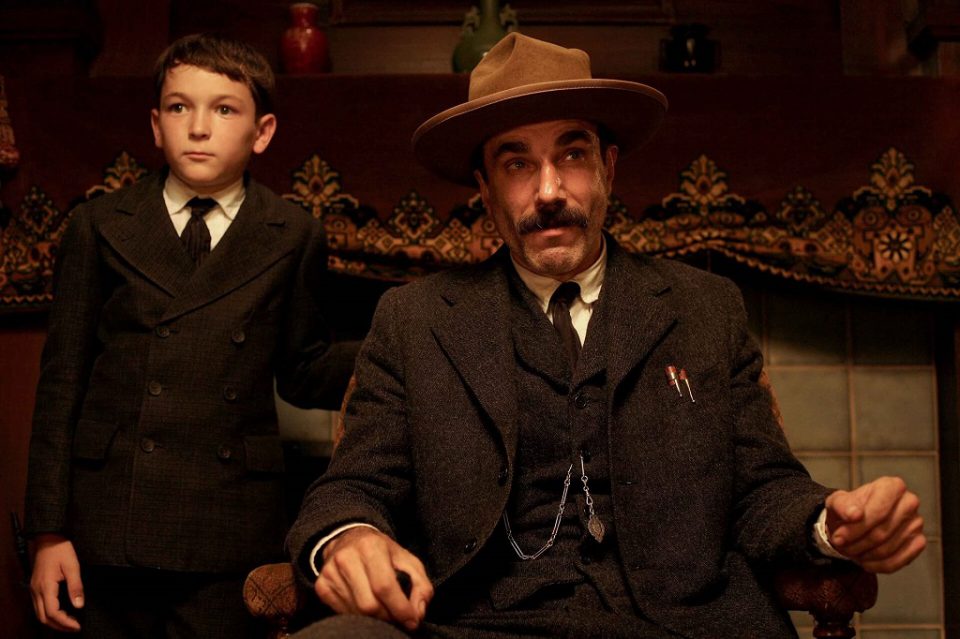 Understanding the character of Daniel Plainview:

One of the best scenes to give us a starting point in analyzing Daniel Plainview, actually occurs midway through the film and that is the iconic scene where he gives a speech to his false brother about the competition that resides within him. Components of this speech are the foundation of Daniel’s personality and the man he has become. The speech goes like, “I have a competition in me, I want no one else to succeed. I hate most people, there are times when I look at people and I see nothing worth liking. I want to earn enough money that I can get away from everyone. I see the worst in people, I don’t need to look past seeing them to get all I need. I have built my hatred up over the years little by little. To have you here, gives me a second breath in, I can’t keep doing this on my own with these people”. This speech clearly tells us how much Daniel Plainview hated and despised people around him. The introductory scene shows us two of Daniel’s most important traits right from the get-go that are backed up by his intrinsic desire to compete and succeed. These traits were his determination and his resolve. Many individuals who find themselves at the bottom of a mine shaft with a broken leg, miles from civilization, would after a certain amount of struggle to free themselves, abandon all hope and accept their fate. But a man who toils in a self dug mine shaft for who knows how long, is not the one who abandons hope easily, especially considering that the broken leg is a direct result of his discovery of a vein of silver. Though this event may have had an impact on his sense of self preservation, whether or not he had discovered this silver would have likely made little difference to Daniel Plainview. As a man who was willing to drag himself for miles through bleak desert is one who is no stranger to adversity and one whose will to survive surpasses any fear that might have surfaced in the moment he felt his leg snap.

The movie ‘There will be Blood’ is mostly an original work but is inspired by the history of the rush for oil in Southern California. The director Paul Thomas Anderson specifically credits Upton Sinclair’s novel “OIL” and it’s portrait of tycoon Edward L. Doheny as an inspiration for the Daniel Plainview character. He even went so far as to shoot the final sequences of the film in Doheny’s real life Beverly Hills home, the Greystone Mansion. This historic mansion is Hollywood’s most used location and has been used to show wealth and menace in everything from “The Social Network” to “Eraserhead”.

Edward Doheny is also known as an Empire builder and oil king. Dohini first saw the light of day in 1856 in Wisconsin. He became an adventuresome Irish Canadian who possessed an instinct for excitement and the mind as brilliant as a diamond. He graduated from high school at the early age of 15. It was in high school that he learned the Mineralogy and Chemistry that was to earn his fame and fortune. He wanted to see the United States, so he went into New Mexico as a government mule buyer when he was just 16. Then he started buying and selling horses for himself and made quite a profit. He heard the wilderness call again, however, this time with the added lure of black gold in the form of oil and the rest is history.

Very few people know that the only offspring of Edward Doheny, was murdered. Edward ‘Ned’ Doheny Jr. (November 6, 1893 – February 16, 1929) son of Edward Laurence Doheny Sr. has been called “The Bagman of Teapot Dome” for his role in the 1920s political controversy, but is chiefly remembered today for his mysterious demise. There are many stories about his murder, some say that he was murdered by a driver of Greystone Mansion. Rumours were also that there was a gay relationship between the driver and Ned Doheny and that the driver was also mentally unstable. Surrounded by rumours and mystery, the murder of Doheny Jr. still has to be solved. The family was extremely private and remained so to this day. But the cause can certainly be linked back to the Teapot Dome scandal just a few years earlier. Oil tycoon Edward Doheny Sr. was set on acquiring as much oil land as possible. In order to do so, he sent his son Doheny Jr. along with Junior’s childhood friend and secretary Hugh Plunkett on a secret venture. They delivered an amount of $100,000 to the US Secretary of Interior in exchange for access to government oil reserves. Doheny Sr. had grown too greedy and soon both Doheny Jr. and Hugh Plunkett were going to testify in front of the Supreme Court. As tensions rose, Hugh Plunkett drove up to Greystone Mansion on a saturday night and murdered his friend and then killed himself. Now this was a reported story, but much evidence points to a different chain of events. If Doheny Jr. would have testified, who would he have exposed to the authorities? His father. The murder led to the acquittal of Doheny Senior from any charges by the Supreme Court saving his image. And just 6 years later when Doheny Sr. died from natural causes, his wife burned all of his personal papers in the basement of Greystone mansion, as his last wish. Will we ever know the full story behind this affair? Probably not.