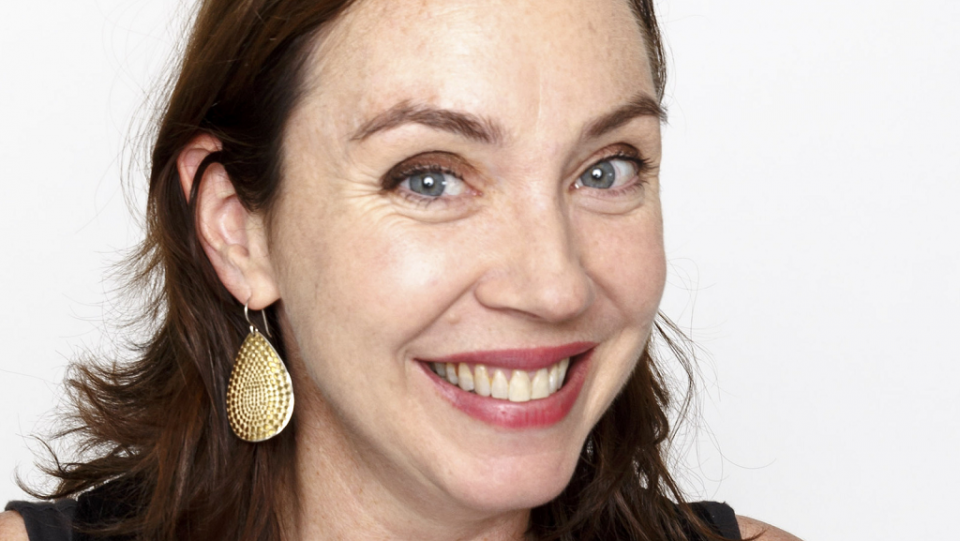 Stephanie Courtney is a face many know, even without paying much attention to her. She is a comedian and actress known for her roles on TV and film, as well as for being the face and voice behind Progressive Corporation television and radio commercials, in which she played the character of Flo. She began her career in the entertainment world in 1998 and more than two decades later, she has appeared in more than 50 productions. Let’s find out more about her.

Stephanie Courtney: Who is She and What is Her Net Worth?

When was Stephanie Courtney born?

It was on February 8th, 1970 that Stephanie Courtney was born in Stony Point, New York, USA. She was raised alongside her two siblings as the youngest of the three at Stony Point by her parents; a mother who was a singer and a father who worked as a history teacher in a high school.

When did Stephanie Courtney start acting?

Stephanie Courtney started acting from a very young age. Her passion would continue throughout her high school days and during her days at Binghamton University, graduating in 1992 with a degree in English. While there, the talented actress turned her great passion for acting into a career. She appeared in many productions at that level, including The Crucible in which she played Elizabeth Proctor.

Her university professor, Tom Kremer, would later help her study theater after graduation from Binghamton.

Pursuing her education and without any choice in another career outside of acting, Stephanie Courtney moved to Los Angeles where she stayed with her older sister, who is also an actress, Jennifer Courtney. Together with her sister, she wrote the sketch “Those Courtney Girls” that the two performed in Los Angeles, as well as at the Aspen Comedy Festival.

Who is Stephanie Courtney married to?

Stephanie Courtney has been married to theatre director Scott Kolanach since 2008.

Which are the movies and shows Stephanie Courtney has appeared in?

Before starting her career in television and film, Stephanie Courtney acted in theatre and also did some commercials that she revealed were not easy to come by and did not earn much in terms of earnings. However, her role as Flo changed everything for her.

Her first role in the film was in Sweet Bird of You (1998) in which she played the role of Kate. That was followed by the portrayal of Alex in the 2003 movie Melvin Goes to Dinner and then in 2005 and 2006, she was on Broadcast 23 and For Your Consideration. 2007 was a very busy year for her as she was in Swords of Glory, The Solomon Brothers and The Heartbreak Boy.

In 2009, Stephanie Courtney appeared in some short films. Coco Lipshitz: Behind the Laughter and Christmas Eve: Alaska while in 2010 she was in Fred: The Movie. Her most recent films are Fred 2: Night of the Living Fred (2011) and Bride’s Day (2017)

On television, she made her debut in an episode of the 1998 television series Mr. Show with Bob and David in which she was offered the role of a waitress. She went on to land various roles in other television productions, including Angel (2001) and Everybody Loves Raymond (2002).

However, her first significant television break came in 2004 when she played a Fake Producer on MTV Faking the Video. Her next big role was a voice acting role for various characters in the adult animated series Tom Goes Mayor. In 2010, Stephanie was on The Jay Leno Show as a member of Leno’s family. With many other smaller roles, her most recent television appearances are in You Are the Worst (2014), Mike Tyson Mysteries and W / Bob and David both in 2015, Major Crimes (2016), and The Goldbergs (2018).

What is Stephanie Courtney’s net worth?

It’s almost impossible to believe, but it’s been over a decade since the business world was first introduced to Progressive Insurance Expert, Flo. She appeared for the first time in 2008, and has since appeared in too many progressive ads to count. Though she’s been joined by a handful of new stage partners lately, over the years Flo has transformed from an adored advertising mascot to essentially becoming the face of Progressive Insurance, so much so that it’s almost impossible to hear the name of the company without seeing Flo’s smiling face, or hearing her bubbly voice in the back of your head.

Perhaps more surprising than Flo’s enduring legacy on the small screen is that every step of the way, Flo, always vivacious and exceptionally helpful, has been played by the same actor, Stephanie Courtney. And you may be surprised by how much money she has made doing the Flo thing.

As per relevant sources, it is believed that Stephanie Courtney has amassed a fortune of $ 6 million over the years, largely due to her long-standing job as an accessory to Progressive Insurance, Flo. The actress is making over $ 2 million a year for donning Flo’s famous retro hairstyle and well-pressed apron.

As it happens, Courtney had already built an impressive acting career before taking on the role of Flo. Courtney is actually a comedian by nature, and she even spent some time with the famous improv team The Groundlings after moving to Los Angeles (according to The Washington Post). She earned one of her first screen credits in HBO’s cult, improv-friendly sketch series, “Mr. Show With Bob and David ”. Since then, she has booked gigs on other small screen hits like “Angel,” “Everybody Loves Raymond,” “House,” “You’re the Worst,” and “The Goldbergs,” to name a few.

However, you’re much more likely to remember Courtney for her scene-stealing role as sardonic switchboard operator Marge in the first season of “Mad Men,” where she regularly shared the screen with future comic star Kristen Schaal. Over the years, Courtney has also appeared in praised big screen issues such as “Blades of Glory,” “The Heartbreak Kid” and “For Your Consideration.” With that background, Stephanie Courtney’s work schedule will undoubtedly remain reserved long after she leaves Flo behind.