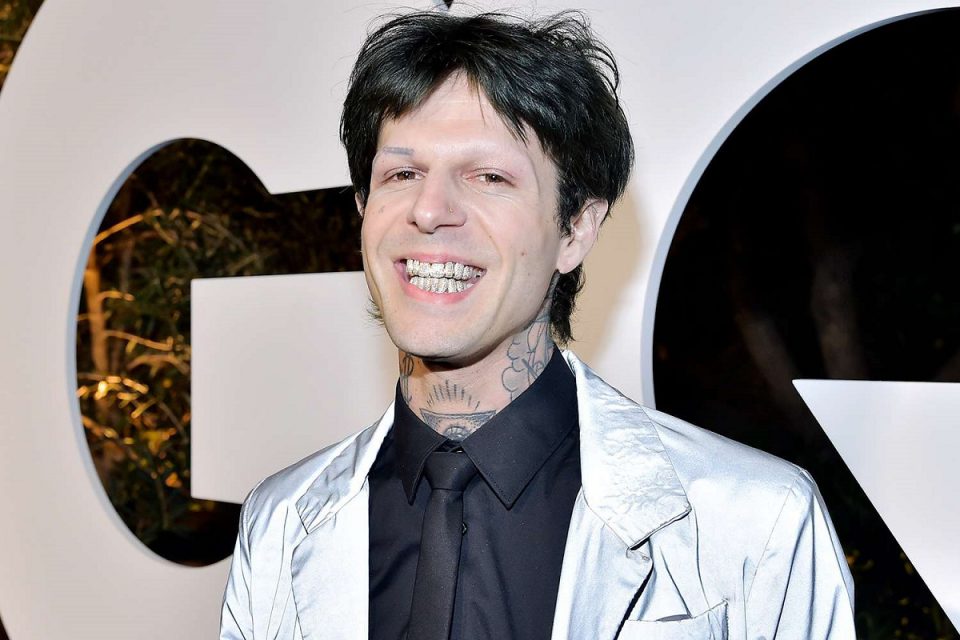 1. It was Billie Eilish who first had a crush on her boyfriend Jesse:

In an interview for Vanity Fair, she admits to having been the one who courted Jesse. “Can you applaud me? Thanks Jesse Rutherford, everyone. I drew him to me. Me alone. I did this. I locked it away,” she jokes.

The one who admits to being “happy” today also explains that physical contact with her partner is very important. “I need to touch his skin all the time. Touching and cuddling, everything related to the skin is really important to me.”

2. Jesse Rutherford and Billie Eilish are constantly inspired by one another:

Billie Eilish seems to live an idyllic love story with Jesse Rutherford. In this same interview for Vanity Fair, she admits that she herself and Jesse feel “equal admiration” for each other.

More importantly, the singer feels “really inspired by him.”

This comes as no surprise because Jesse Rutherford is a 31-year-old rocker. Author, composer, and performer, he is the leader of the group The Neighbourhood.

3. They were first spotted linking up in October 2022:

Whoever made Billie Eilish “hate this town” (as she sang in “Happier Than Ever”), she clearly loved her new “neighbourhood” on Tuesday, October 18.

Billie, aged 20, was seen kissing Jesse Rutherford (aged 31) of rock band The Neighborhood after the two dined at La Mirch in Studio City, California. As they walked down the street, Billie pressed her hands to Jesse’s face, enjoying an intimate moment with the 31-year-old rocker.

They’ve been rumored to be dating after they were spotted holding hands at the “Halloween Horror Nights” event at Universal Studios. They took advantage of the party to have fun with their age difference, with Billie dressed up as a baby, while Jesse wore an old man’s costume.

The PDA set off rumors of a potential romance between Billie and Jesse, until Billie Eilish confirmed her relationship with Jesse Rutherford.

In 2011, he released a mixtape called Truth Hurts, Truth Heals – a mix of elements of hip-hop, rock, R&B, and pop.

His musical career with The Neighborhood began in 2012 after connecting with like-minded musicians to create the genre-defying band with a British spelling. Their first song was Female Robbery, followed by Sweater Weather⁠, the latter reaching number one on Billboard magazine’s Alternative Songs⁠ chart in June 2013.

5. In addition to music, Jesse has a few acting roles to his name:

Jesse revealed that he started acting on TV “at the age of 5” and continued until he was 13. “So that’s the place I come from,” he told Complex during an interview.

“I was programmed to be an actor. So when I understood that I wanted to be a rock star or a musician, I learned this role. This was me breaking down my own psyche for this and walking away from myself and being like, ‘Okay, you’ve got this job. You have to do this. So rock star, what would you do if you played a rock star? You become this alternative rock guy. Just be a rock star. What do you think that would be?”said the actor who turned musician.

The acting part really helped me say, ‘Oh, I could build a character. I think I could do that’, he said adding “And I mean, Ziggy [Stardust] is a huge benchmark for transforming into whatever you want to be, a rock star, so that’s where a lot of that comes from”.

6. Jesse James Rutherford is the lead singer of The Neighbourhood:

Although his band THE NEIGHBOURHOOD uses the British spelling of the name, Jesse hails from Newbury Park, California.

The band’s biggest hit in June 2013 was “Sweater Weather,” which reached No. 1 on the Billboard Alternative Songs Chart.

“I feel like that’s exactly what we’re all addicted to now, and we don’t know what we’re doing with the information,” he said to Complex when discussing the band’s 2020 album, Chip Chrome and monotones. “All we do as a society now is pull the curtain back, watch all the gross bullshit behind it, and then watch it and not know how to move on, you know what I mean?”

Jesse and Devon started dating on April 24th, 2015 and made their relationship public from the beginning. For their 4 year anniversary, Jesse bought Devon a necklace from IceBox with J charms.

8. Jesse Rutherford is also a photographer:

In early 2016, Rutherford released a book titled &, which includes photographs of him taken by Jessie English. Rutherford stated that he used clothes from his own closet and posed until he ran out of clothes.

On November 10, 2017, Jesse released his debut solo studio album, which contained 11 tracks without collaborations. This was previously announced on November 3rd via an article in Pigeons & Planes – a place that helped musicians to be discovered.

After the release of the song “Middle of Somewhere”, Jesse became Chip Chrome. He took a break from social media at the beginning of 2020, but on March 18, 2020, he created his TikTok account, @chipchrome.

In December 2014, Rutherford was arrested at New Jersey International Airport for drug possession after TSA agents spotted him trying to dispose of a bag of marijuana.

10. Billie Eilish thinks her boyfriend Jesse Rutherford is the sexiest in the world:

The 20-year-old “Bad Guy” singer opened up about being addicted to skin contact “all the time” as she discussed her relationship with Jesse, 31, in a video interview for Vanity Fair.

She said: “I managed to get my life to a point where I not only was known by a person that I thought was the hottest f–king f–ker alive, but pulled his ass! Are you kidding me? Can we just [get a] round of applause for me ”

Asking everyone in the room to applaud her actions, Billie also shared how she and Jesse give each other the space they need: “I want to be able to have space, and I want love and attention, and equal admiration is really important. “I’m just really inspired by this person, and, you know, he’s inspired by me, which is really cool.”

For those of you who have reached the end, we have a SURPRISE. Here’s one more interesting fact about Jesse Rutherford.

For their first time, Billie Eilish and Jesse Rutherford look like they just rolled out of bed for their red carpet debut.

From the bed to the red carpet, there was only one step for Billie Eilish and Jesse because the American singer-songwriter and her new boyfriend, dressed all in Gucci, opted for a matching PAJAMA look in front of photographers at the LACMA Art + Film Gala in Los Angeles.

On the arm of her new boyfriend, Billie and Jesse opted for a coordinated outfit, all in all conducive to going to sleep: a duvet, slippers and pajamas (all in Gucci). With lace for the singer, that of her partner, more classic, revealed the tattoos on his chest. The latter, in front of the eyes of the photographers, mimed a yawn to complete the situation with humor.

The couple’s public appearance is the first since Billie Eilish went public with her relationship with Jesse Rutherford on Instagram in October 2022. Since we’re 2 months away, we have seen more public outings of the pair.

How to Become Better at Tennis: 8 Useful Tips