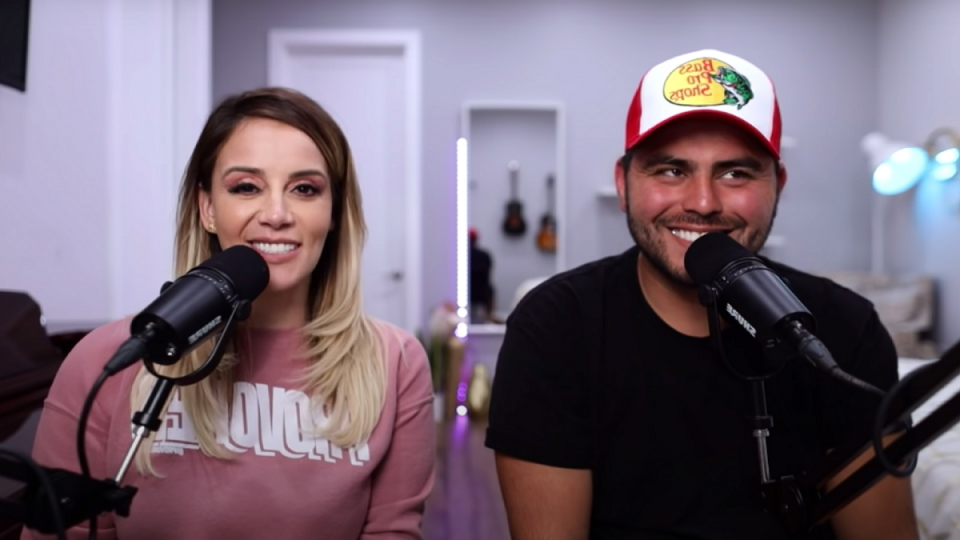 Abel Flores has been the pillar of support and the rock in Rosie Rivera’s life. The couple has been through thick and thin. It’s not like they didn’t face any tumultuous times during their marriage. Yes, they fell in love and got married but were on the verge of getting a divorce at a point in time as well. However, the couple stayed strong and bounced back from the ordeal, even more in love with each other. Soon after getting back together, the couple launched a podcast called “The Power of Us” (“The power of us”), in which they share their ups and downs in marriage. Let’s find out more about Abel Flores.

Abel Flores married Rosie Rivera when he was just 18

Rosie and Abel have also graduated as Chaplains of the church they attend. On this, they expressed on their Instagram account: “An honor to be chaplains for the body of Christ.”

Abel Flores, a man ten years her junior, but with great maturity and faith in God. The couple met, according to Rosie in her book “My Broken Pieces”, in the Christian church of which her brother Pedro Rivera is a pastor. The church is located in Long Beach. By then, she wanted from the bottom of her heart to rebuild her life. Abel Flores sang in the church’s Praise choir and was 16 years old, while she was 26 with a 5-year-old daughter.

Although the relationship was initially not welcomed by some members of the congregation or by the Rivera family, they waited for the boy to turn 18 and were married in 2011.

The happy couple has been blessed with two beautiful children. Today, the couple forms their own family with Kassey, Sammy and Elias.

Abel Flores, a Christian musician and worship leader, says he prefers to let his wife stand out in everything she does. But something they are doing together on a radio show they launched this year called “The Power of Us”. “Rosie and Abel have encountered many obstacles together and have come out stronger for it. It’s what makes them fantastic counselors for couples; it’s real-world advice, ”said Jack Hobbs, president of reVolver Podcasts, in a statement. “I am pleased to welcome you to revisit and encourage your fans to tune in and see a different side of themselves.”

Rosie Rivera revealed that she was about to divorce Abel Flores, due to her husband’s gambling addiction. “When I opened his computer, I saw a bank account that was obviously not mine, it was only his, with a bank that we do not associate with, and I was extremely confused, because there was a lot of money exchange, which came in and went out, daily, and I did not know where that money had come from, “she said in an interview. “It was six months of lies, and the real problem was that he had an addiction to the deck,” he added. “I felt extremely betrayed by the lie, and it was not with another woman, but I felt that there was no hope for us after so many lies. And it was like in 2015 that I said it out of courage, but I said it with enthusiasm, and I kicked him out of the house for three months ”.

Rosie said that her husband “did not see that he had an addiction until he lost everything, his family, his children, his house.” However, she decided to give it a second chance when Abel recognized his problem. “He was living in a hotel, or in his car, literally, and I was ready to sign the (divorce) papers and that’s when he was able to react and say, ‘I have a problem and I need help.’ And that’s when I decided that I still loved him and was willing to help him, ”explained Rosie.

Abel Flores is a devout Christian musician who also sells religious merchandise under the name Abelsworship. The brand is a big hit among customers of all ages and is helping Abel Flores in his mission for Christ.