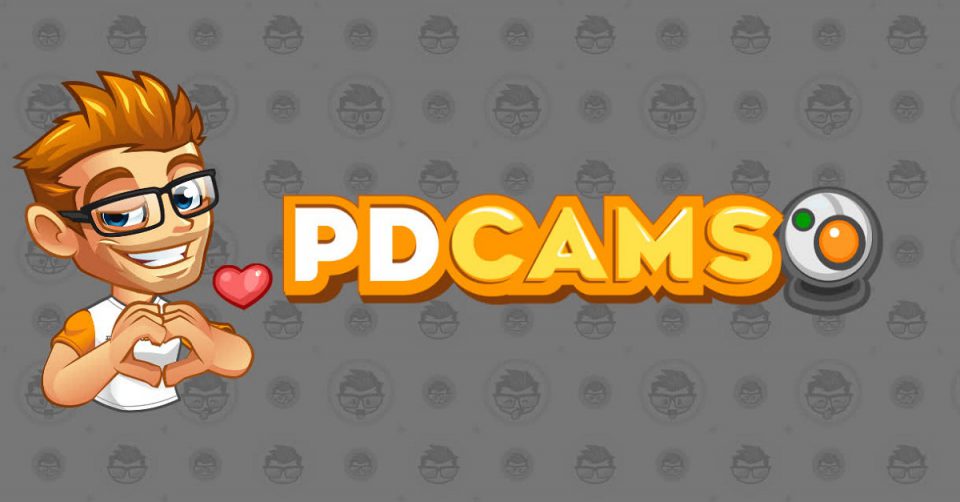 But whilst there’s some incredible backend tech put into most modern live cam sites, such as PDCams, a completely separate industry allows cam models and cam sites to provide users with an immense level of interactive ability. I’m talking about the sex toy industry!

From Bluetooth-operated vibrators that seemingly have the power of a Ferrari engine inside to sex machines that bang harder than a badly fitted door in a hurricane, the sex toy industry works hand in hand with an increasing number of live sex sites to keep giving users the interactive fun they adore.

Today, I want to lift the lid on the cam industry and reveal five incredibly advanced sex toys that are highly sought after by cam site fans and the cam models themselves. Now, let’s get started!

The Lush Vibrators From Lovense

The toy is shaped like a U and is designed to hook inside of a cam girl, stimulating both her clitoris and G-spot at the same time. The result is often an orgasm so intense that some of the models are forced to their knees and crying tears of orgasmic joy. Damn, we guys need to up our game if we stand a chance against these robotic contenders, right?

One of the most popular aspects of these vibrators is that they’re Bluetooth-controlled, and cam site viewers, in exchange for a few tokens, are handed control of the toy’s power. This means they can flick a switch and send a cam girl into sexual ecstasy.

And believe me; there’s no faking it with this toy. The power and design are immense. So it’s 100% real orgasms if there’s a Lovense involved!

You’ve heard of the Sybian, right? It’s like a horse’s saddle that a girl, guy, or trans person can sit on and let guide them into sexual energy. Well, now there’s The Cowgirl toy! The technology behind this toy is highly advanced and throws a pulse of vibration through the private area of a cam model until they reach some of the most intense orgasms known to humankind.

Amazingly, this high-end toy can be controlled via an app that many cam site users take full advantage of. For a few tokens, viewers can up the ante of the vibrations and send the cam model’s pleasure into the stratosphere. It’s a lot of fun!

It’s kind of shaped like a bucking bronco, and many of the cam models who use it end up fighting to stay on top of one when the pleasure hits.

Some Sex Machines are Described as the Bugatti of Robotic Sex.

You’ll often see these formidable and industrial-looking machines lying in wait in the background of a cam girl’s room. If you want to see her take it on, it usually requires you to hand over some tokens and go into a private room with her.

Thanks to most modern sex machines being Bluetooth, you can then control the machine’s speed, power, and position and request other kinky stuff from the model. Provided that you pay her some tokens, of course.

Some of these sex machines are eye-wateringly powerful. They have enough power to produce 240 strokes a second, leading to some being compared to having sex with the Terminator (but I’m not sure which movie or which Terminator) and others being described as the Bugatti of robotic sex.

Positioning is one of a successful cam model’s most underrated but most important aspects. These days, many of them are using things like the Liberator Pillow to achieve the best positioning with the most customisation.

This pillow not only helps cam girls stay comfortable, but it also assists them with achieving awkward positions that their fans love. Plus, it’s a great way for models to achieve real orgasms and keep their viewers coming back for more live sex cams.

Many of these pillows are also fully customisable and custom-built for the live adult camming industry and boast special compartments for toys and accessories for a cam girl’s added convenience. They’re also easy to clean in case things get, well, messy!

Originally designed as a massage aid, the magic wand design has since become a staple of the live adult camming industry. It is a firm favourite of cam girls and their adoring fans because it rarely fails to bring about a hypnotic orgasm. Plus, it is usually quiet enough not to be distracting and detract from the other, more attractive sounds going on in the show.

The Technological Advances in the Live Cam Industry are Skyrocketing!

It’s clear that a firm bond has been formed between some of the world’s most advanced sex toy companies and some of the most cutting-edge live sex cam sites. They have come together to achieve a level of interactive adult entertainment, the likes of which we’ve never seen before!

The only question is, what does the future hold? I can only imagine what the live cam industry will look like in five or ten years. And it’s something I’m more than keen to see!

6 Things to Know About Auto Title Loans Before Getting One