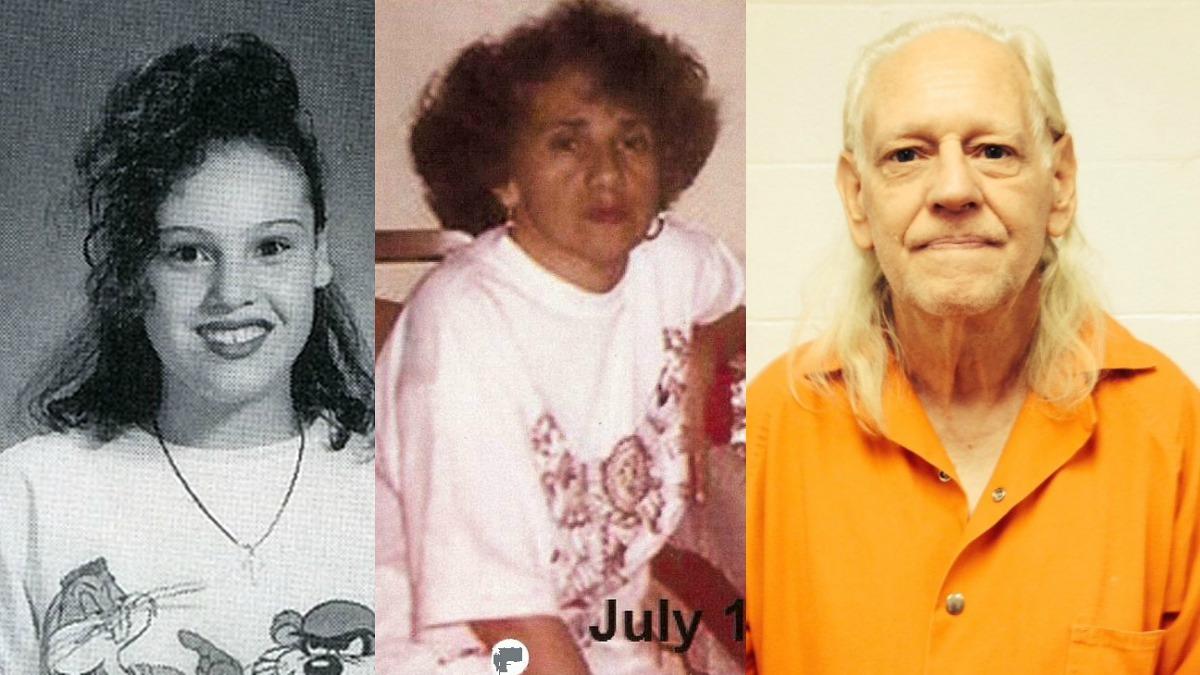 During recent years, it’s been revealed that one of the most notorious and terrifying killers who left us with unsolved murders have finally been caught or identified.

The most notorious case of unsolved murders come decades after his long campaign of atrocities, the so-called Golden State Killer has apparently been unmasked at last. We have listed 7 other unsolved murders that have also come to light, only to be solved because of the latest online or DNA technology.

Here are 7 unsolved murders that finally got solved:

Her classmate and boyfriend James Humphries tried calling to see where she was after the exam. When Jane failed to pick up her phone, he headed over to her 4th-floor apartment on University Road. It was here where he discovered her body at 12: 40 in the afternoon, lying face down. So what had happened in the morning? Or did something happen at night?

Prior to her death, Jane had an eventful evening with her friends and boyfriend on January 6th which concluded with a glass of sherry, with her neighbour on her way home at around 11: 30 at night. An autopsy showed that while she had alcohol in her stomach, her tests came back negative due to the fact that she had died, shortly after returning home. Tests showed instead that she was attacked, sexually assaulted and so horrifically beaten up that fragments of her skull had cut and bruised her brain.

Another neighbour had heard someone out on the fire escape, and this is where police felt the murderer would have found access into Jane’s room.

This case became one of those unsolved murders and went cold, until 2018. The Massachusetts state police got a soft hit in the FBI’s Combined DNA index system to DNA found at Jane Britton crime scene. The DNA that was swabbed at the crime scene had a Y-STR profile meaning it was from a male, specific to the Y chromosome. Moreover, through ancestory.com, they were able to confirm a match of a relative of the killer. With the relative co-operating with a fresh sample of his DNA, the old and new DNA was a match and police were able to tick this murder off their list of unsolved murders.

On November 20th, the Middle Sex County District Attorney had identified Jane’s killer via DNA profiling (of his relative) as Micheal Sumpter, a long term criminal who died of cancer in 2001. He had served many years in prison from committing a rape in 1975. Since his death, Micheal has also been identified as the perpetrator in 4 other sexual assaults, two of which ended up also as a murder.

It was on September 28th, 1995 when New Britain policemen were on patrol at midnight and spotted a sleeping bag behind the CT beverage mart in a shopping plaza on Hartford road just down the street from Corbins Corner. Upon opening the sleeping bag, they discovered a young woman’s body wrapped in a blanket and in a plastic garbage bag. She had been killed with a single gunshot wound to the back of her head. Within another week the body of another woman was found, 40 miles away in Tolland State Forest in Massachusetts. She had also been killed from a fatal gunshot wound. Since there was no identification, police waited to see a missing report for these women. On the plus side, police lifted a palm print on the garbage bag, but there was no database for palm prints, unlike fingerprints. Eventually, this case became one of those unsolved murders.

In January 2011, with the help of forensic testing, investigators were able to prove that the murder was linked as the victims were mother and daughter. Later on in 2014, a phone call came from the relative of the 2 women for the police in New York She stated that the missing women were Marcia Honsch and Elizabeth Honsch, who went missing 19 years ago. The family wanted to look for them under the radar, and not get the cops involved.

This is what the relative told the police:

Robert Honsch, the father and husband of the victims told relatives that the 3 of them were moving to Australia for good. The call prompted Massachusetts, New Britain to combine forces and interview other family members. They also took DNA of distant relatives of the father.

It was then confirmed that Robert Honsch never took off to Australia, he was in Ohio and married Sheryl Tyree and took her last name. They had 3 children together. This change in name made Robert Honsch less traceable.

Through Robert’s sister in law, relatives searching for Marcia and Elizabeth finally connected with Sheryl. When detectives questioned Robert in 2014, he said he had amnesia and that made him lose touch with his family. Investigators also found a match from the palm print taken from 1995 to Robert. Authorities said items found near the bodies of his ex-wife and dead child connected him to the scene. He was found guilty and sentenced to life without parole.

The next on our list of unsolved murders that were solved is the Roy McCaleb case, solved through a confession.

A confession that led to a resolution in the cold case murder of Roy McCaleb, 51, who died in 1985 in Houston from a gunshot wound. His former wife, Carolyn Sue Krizan-Wilson, then 42 but now 71, confessed that she had shot him herself and that his death was not at the hands of a gunman who had raped her and then shot him. In fact, she was initially indicted for his murder in 2008, but a judge dismissed the charges. A court of appeals reinstated the murder charge, and this time she decided to plea, according to the Houston Chronicle. She had only been married to McCaleb, who was her seventh husband, for two years at the time of his death. McCaleb’s daughter said that she thinks Krizan-Wilson might have killed her father to try and take advantage of a life insurance policy. However, that policy was never paid out because of suspicions about McCaleb’s death. In exchange for a guilty plea in 2013, Krizan-Wilson, who suffers from dementia, was given six months in jail and 10 years probation.

Fourth on unsolved murders that were later solved comes from a deathbed confession of a mother.

Fifty-five years after 7-year-old Maria Ridulph was taken from the streets of Sycamore, Ill., to be found choked and stabbed to death, a 72-year-old security guard, Jack McCullough, was arrested for the crime. However, it wasn’t forensic evidence that led police to re-investigate McCullough as a potential suspect, but the deathbed confession of his mother in 1994 who said she lied about his alibi, according to The Huffington Post. In 2008, McCullough’s half-sister passed on this information to the police. McCullough had been one of about 100 potential suspects, but seemed to have a rock-solid alibi at the time of the murder. His mother had backed up his whereabouts. However, with her admission about her alibi, police reinvestigated McCullough, who was sentenced to life in prison in 2012 for the crime.

It took 28 years for one particularly brutal case of unsolved murders to be solved. Although DNA was once again the answer to finding the killer, it was helped along by a journalist writing a biography of a footballer. Peter Law was writing a book about Laurie Cunningham when he learned that Cunningham’s brother Keith’s partner had been murdered in 1982.

Keith was away with Laurie in Spain when 27-year-old Norma Richards was followed back to her home in Dalston, where she was raped and stabbed with a 19th-century bayonet. It’s thought the noise woke up her daughters as nine-year-old Samantha was found stabbed with the same bayonet and seven-year-old Syretta was drowned in the bath, her body found under her sister’s. Norma’s four-year-old daughter came home the next day from staying with her grandmother to shockingly discover her mother and sisters’ naked bodies.

The case was revisited after Peter Law called the police for an update and the DNA swabbed earlier led investigators to Wilbert Dyce. He was convicted of the 1982 murders and given three life sentences.

On 9th October 1986 in Brighton, 10-year-old Nicola Fellows was playing after school with her friend, nine-year-old Karen Hadaway on the Moulsecoomb estate on which they lived. They were spotted together by their neighbours, which was the last time they were seen alive before they were taken, raped and strangled.

The children’s bodies were discovered the next day, huddled together near Wild Park. A man named Russell Bishop was tried and acquitted for the murder soon after and Nicola’s father also came under suspicion for the crime years later and was arrested, but released weeks later. Police said there wasn’t enough evidence for further arrests.

For the 20th anniversary, the girls’ friends and family marched to the crime scene, demanding police re-examine the evidence, but now over 30 years later, there is finally justice for the family. Russell Bishop, the original suspect has been convicted of the double murder. It was the longest-running and biggest case in the history of the Sussex Police and a boogie man case for those who grew up in Brighton after the murders took place. Stories of their death warned that two little girls had been killed in the park and they were told never to go near it. The tributes to the girls that could often be seen when driving past the park, as well as banners hung on the anniversaries, were a constant reminder to the residents of Brighton. Called the cold case of the Babes in the Woods, police removed this one off their list of unsolved murders. It only took 20 years.

Last on our list of unsolved murders that were solved is the shooting of a taxi driver Ralph Smith in 1971.

In December of 2014, a judge in Wake County sentenced Sinatra Dunn to 12 years in prison for first-degree murder. WRAL reports that Dunn had been arrested and charged with second-degree murder of Raleigh taxi driver Ralph Smith 43 years ago. Although Dunn pleaded guilty in 1971, there wasn’t enough evidence to convict him at the time and he was released.

The case took a fresh turn when he confessed to a detective who had reopened the investigation. Sinatra Dunn’s sister, Jessie Jackson, contends that he has become a changed man in all of those years, turning away from drug addiction, addressing his struggles with mental illness, and accepting Christ. The granddaughter of the victim, Monica Taylor, said she commended Dunn’s moral turnaround, his confession, and his subsequent acceptance of the punishment.

How teapoy can add charm to your furniture game?

Top 11 Cities Of The World To Travel Solo

Britney Spears Documentary: 5 Things About “Britney vs Spears” On Netflix!