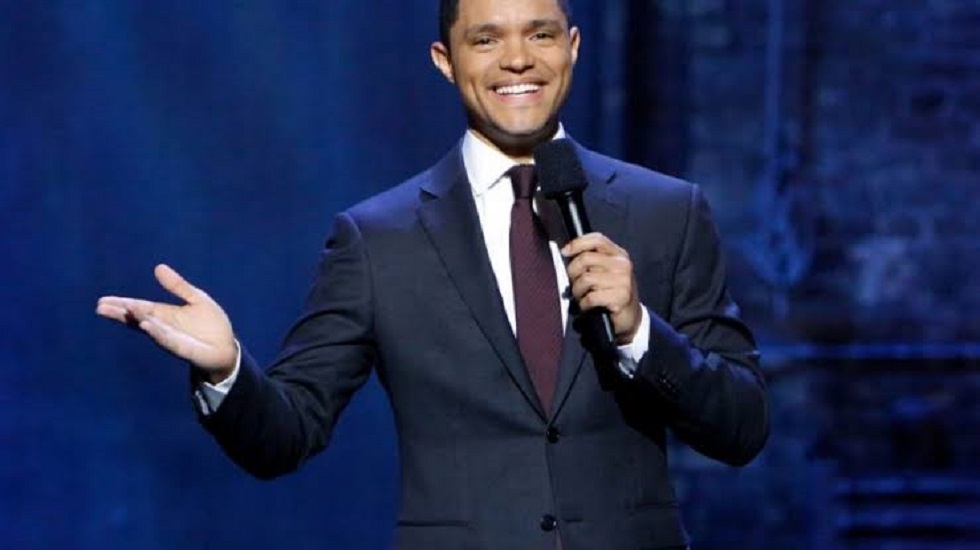 The television is for people liking different things. Some of you may like watching horror movies while others may prefer watching a cooking show. Depending upon what you prefer, there are various kinds of TV shows that will keep you engaged. Those of you who like watching comedy central and do not mind having a good laugh even in public, watching The Daily Show must be on your daily list. This is the show that can keep you engaged and lift your mood even if you have a bad day at the office or flunk your exams. This show is so engaging, informative, and funny that the viewers cannot control their laughter even in the public place! Thus, for a show as popular as The Daily Show, the credit to bring a smile on your face and tickle your intestines goes to Trevor Noah. Yes, Trevor Noah is the current host who has been winning hearts for a long time now. This fantastic anchor is a heartthrob and fans often guess Trevor Noah’s net worth. Though he is not the kind of celebrity who would like to brag about his riches, the lifestyle he leads is more or less enough for us to figure out his net worth.

What is Trevor Noah’s Net Worth?

What Trevor Noah is today is because of his hard work and talent. This comedian was not born with a silver spoon in his mouth. In fact, in a country like South Africa, being born in a humble family was no less than trying to fight for life every single day. Hence, we can assume that Trevor Noah’s present net worth has nothing to do with his past. He has not inherited something of huge value that would make his bank balance stand out. As far as his regular earning is concerned, the current host of The Daily Show, Trevor Noah, gets a salary of $4 million. This huge sum is sufficient for him to afford his duplex penthouse in Manhattan and live a life of a luxurious New Yorker. At present, Trevor Noah’s Net Worth is reported to be $30 million and no wonder he is one of the richest comedians in the world!

Noah’s Childhood – How Difficult was It?

Trevor Noah is living a comfortable life at present but he did not grow up that way. Noah’s biological father was of a Swiss-German origin while his mother was of Xhosa origin. This interracial relationship was not tolerated in South Africa when his mother got pregnant with him. Owing to the Apartheid Legislation, racial discrimination existed in the region where Noah was born. After giving birth to Trevor Noah on 20 February 1984, his mother moved with him from one place to another to protect her son. However, she was caught and imprisoned by the police for being involved in an interracial affair. In 1985, when this brutal law was abolished, his mother, along with his grandmother, lived in a region dominated by the Blacks to raise him. Though his mother had converted to Judaism, Trevor Noah had his free will to pursue Christianity and explore different faiths.

Trevor Noah was a victim of physical violence as a child. When his mother got married again to an African and gave birth to two sons, his stepfather did not accept his mother or Trevor Noah. The two of them were constantly tortured and repeated complaints to the police department were not given importance. They were left to suffer because the South African system did not pay heed to physical violence. He moved out with his mother when he was a teenager and started getting opportunities in South Africa as an actor and comedian.

While Trevor Noah was excelling in his own way, his mother got married again. Her second husband, the one who used physical torture, could not accept Noah’s mother getting married. Thus, Noah’s mother was shot in the leg and head by him. Though she survived, Trevor Noah had a cross-talk with his first stepfather on the phone and Trevor was threatened to be killed unless he moved away from South Africa. Thus, owing to this dangerous situation back at home, Trevor Noah moved into the United States of America and that was the turning point in his career.

Trevor Noah had his first on-screen appearance in “Isidingo”, a soap opera in South Africa. Though he was cast in one episode only, he made a mark on the screen and this boosted his confidence. From the very beginning, Trevor Noah wanted to host a programme and he got a collaboration with YFM where he got to host his own show, “Noah’s Ark”. Very soon, his show had touched hearts and he became acclaimed as a host. He was invited to host an education show thereafter called “Run the Adventure” on SABC 2. He did a great job on this show as host and he received his next opportunity in 2007. He was good at cracking jokes and this talent was used at this gossip show. He hosted “The Real Goboza” and the viewers loved his funny nature. His instant sarcasm boosted his career and his next show was a comedy called “Trevor Noah: The Racist”. This brought out his best ability and it was not long before he was cast in the movie, “Mad Buddies” in 2012.

Trevor Noah moved to the United States of America and made a mark in talk-shows and night-shows. In 2014, he was a part of the news programme, “The Daily Show with Jon Stewart” and was signed as the sole host of the programme in 2015. In an interview, Trevor Noah has shared his experience of hearing this news for the first time. Noah says that he was driving in the middle of the night in Dubai and he got a call from his manager. His manager asked if Trever Noah would like to host “The Daily Show”. Trevor Noah stopped his car, got out of it, and could not feel his legs out of excitement. He immediately confirmed that he had no hindrance in hosting his dream show. Thus, his journey began as the host of “The Daily Show” and he has been signed to entertain the crowd till 2022 if not more.

Trevor Noah has a soft corner despite being an influential celebrity. This stand-up comedian has not shirked his responsibility of giving back to the world. At present, he helps to make a change for the better through a non-profit organization that he has founded in South Africa. His book, “Born a Crime”, Trevor Noah writes about the problems he had faced as a child and wants to make sure that these atrocities at both physical and mental spheres do not affect people anymore. He lends out a helping hand to the children and adults in South Africa and the help is not restricted to this region.

Trevor Noah is an inspiration because, in spite of being a popular celebrity, Noah knows how to make a mark and help in the betterment of this society. Trevor Noah’s net worth of $30 million dollars is not used for his own luxury only. Many people benefit through his initiative and that is the reason people respect him so much. We hope Trevor Noah continues to excel and keeps giving back to society.

Strip Poker: How to Play this Naughty and Fun Game

Kate Spade: Net Worth and Career of the Deceased Fashion Icon