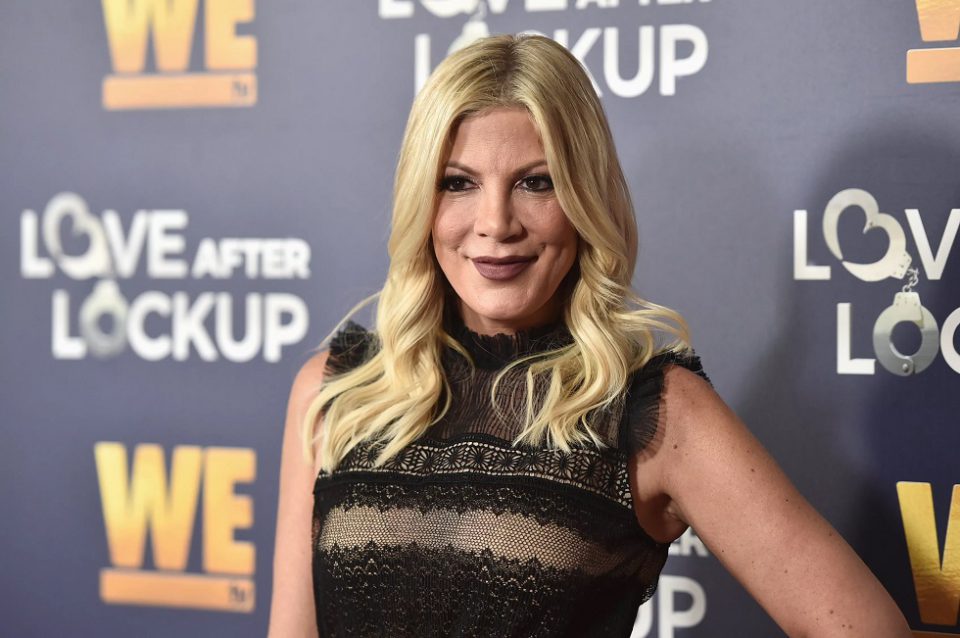 Tori Spelling rose to stardom as Donna on the teen drama Beverly Hills, 90210. The actress continued to grace our screens over the years. Most recently, the 46-year-old led the way in reviving the ‘90s series with the meta reboot BH90210 and was hidden behind the Unicorn on The Masked Singer, a show where celebrities you didn’t expect to sing, sing behind a costume and unveil themselves later on.

Tori Spelling: A Quick Look At Her Life, Inheritance and Shows

What is Tori Spelling’s net worth?

Before she would go on to co-created the reboot BH90210, the CW came up with their own modernized concept of the teen soap. Tori Spelling agreed to reprise her role as Donna in two episodes of the show’s first season. During the same year, Tori worked hard to publish her second book, Mommywood. Tori also wrote Uncharted TerriTori in 2010, then the children’s book Presenting…Tallulah in 2011, and the party planning guide called celebraTORI in 2012.

In 2013’s “Spelling IT Like It Is” Tori spoke about some financial troubles, in the hopes of relating to her fans:

“Google thought I was worth fifteen million dollars,” she wrote. “Fifteen million dollars! I didn’t have one million. We had some income here and there but no savings apart from our retirement accounts. I have a terrible habit of going into denial about my finances. I think that if I don’t deal with it, then it’s not real.”

In 2019, Tori’s net worth was estimated at $500,000 according to Celebrity Net Worth. This is how the star has accumulated her fortune:

What is Tori Spelling in?

Tori Spelling has continued to grace our screens over the years. From acting to writing, the 46-year-old has done it all.

Tori Spelling swears she did her own singing for the ABC Christmas movie: The Mistle-Tones. Tori Spelling plays the role of Marci, the leader of the Snow Belles. The Mistle-Tones is a made-for-TV movie musical that premiered on December 9, 2012 as part of ABC Family’s 25 Days of Christmas in which she plays a singer battling Tia Mowry-Hardrict’s character.

But, Tori Spelling does admit she has some help from the auto-tune department. “They enhanced things, so I had a little help,” she told Celebuzz.

What did Tori Spelling inherit?

Tori Spelling may be the daughter of one of the most successful television producers of all time, but she reportedly received just a portion of his massive fortune when her dad: Aaron Spelling died in 2006.

Two months before 83-year-old Aaron Spelling would pass from world to another, he changed his will, leaving his daughter Tori Spelling only a modest eight hundred thousand ($800,000.00) dollar bequest. Initially her potential inheritance was valued at his estimated $500 million estate where she grew up.

During a sneak peek at Lifetime’s Tori Spelling: Celebrity Lie Detector, the actress confirmed reports that she actually received just $800,000 of her father’s estimated $500 million estate.  A clip from the series shows Spelling answers nerve wracking questions with a polygraph expert, Spelling says that the $800,000 number is accurate.

Why did Aaron Spelling disinherit Tori?

As the daughter of famed TV producer Aaron Spelling, the creator of megahits like “Charlie’s Angels” and “Dynasty,” Tori Spelling was born into one of Hollywood’s richest and most famous families. She even grew up in the biggest mansion in Los Angeles, a 123-room, 56,000 square foot monster that her dad built on Bing Crosby’s old estate and dubbed “The Manor.”

In 2014, Candy, her mother, explained to the New York Times that her daughter’s reckless spending habits are the reason she was largely cut out of Aaron’s will.

According to Tori Spelling: “It’s no mystery why I have money problems. I grew up rich beyond anyone’s wildest dreams. I never knew anything else. Even when I try to embrace a simpler lifestyle, I can’t seem to let go of my expensive tastes. Even when my tastes aren’t fancy, they’re still costly. I moved houses to simplify my life, but lost almost a million dollars along the way,” she wrote in her 2013 book “Spelling It Like It Is.”

Despite her father’s income, Spelling says she refused to ask for his help when times got tough.

“That means, in my mind, [that] I was what everyone thought I was, taking money from my dad, the rich little girl that he paid for everything,” she told ABC News in 2008. “And I refused to be that. [I would] rather be bankrupt.”

In order to make ends meet, she began taking on a slew of bit parts in films like “Scary Movie 2” as well as made-for-TV movies such as “A Carol Christmas,” “Family Plan,” “Hush” and more.

Looking back at her lavish upbringing, Tori Spelling could not have foreseen her life to follow. Today she is living in a modest home, hustling for roles, living with a husband who has admitted to being unfaithful, and seeing her name in the headlines for all the wrong reasons. The details of Spelling’s tumultuous story read like a Hollywood script, painting a complicated picture of a life filled with obstacles, missteps, heartache, and resilience.

Who is Tori Spelling’s husband?

Dean McDermott is Tori Spelling’s husband. He is a Canadian actor born on November 16, 1966. While acting on the set of the 2005 movie, Tori Spelling met her now-husband Dean McDermott.  The couple married on May 7, 2006, in Fiji. Spelling and McDermott have five children: three sons and two daughters.

Dean McDermott is best known as a reality television personality with his wife, actress Tori Spelling, and as the host of the cooking competition Chopped Canada. He played the role of Constable Renfield Turnbull on the TV series Due South.

In 2010, McDermott was in a dirt bike accident which was his second motorcycle accident of the year. He was hospitalized in Los Angeles with a punctured and collapsed lung, but the doctors expected him to make a full recovery. McDermott was released from the hospital on July 6, 2010.

McDermott became an American citizen (he was born Canadian) at a ceremony in Los Angeles on August 21, 2010. On January 23, 2014, McDermott’s publicist announced McDermott had entered rehab for “some health and personal issues.” In a statement, he said he was “truly sorry for the mistakes I have made and for the pain I’ve caused my family.”

Why is Tori Spelling called bird?

Tori in Japanese means “bird” and she was recently a guest speaker at UniCon – a “gathering of Unicorn Moms meant to empower and encourage them to embrace their individuality.”

Is Tori Spelling the unicorn?

Beverly Hills, 90210” alum Tori Spelling was revealed as the unicorn on a 2019 episode of “The Masked Singer” after she belted out the electro pop tune “I Love It.” Ken Jeong who was a judge correctly guessed it was the 46-year-old actress saying that he loves her so much!

These were her clues:

Yes. In the summer 2019, Tori and Jennie Garth brought the 90210 crew back together to revive their roles from the hit ‘90s drama.

Jennie Garth is an American actress. She is known for starring as Kelly Taylor throughout the Beverly Hills, 90210 franchise and Val Tyler on the sitcom What I Like About You. In 2012, she starred in her own reality show, Jennie Garth: A Little Bit Country on CMT. Do friends who act together do their own reality shows together?

In 2019 Jennie Garth wished longtime “Beverly Hills, 90210” co-star Tori Spelling a happy birthday in a sweet Instagram post that features a shot of the two actresses today, as well as two from their “90210” days. “Happy birthday to my partner and best friend for life.

Spider-Man: No Way Home-A Homecoming Unlike Any Other