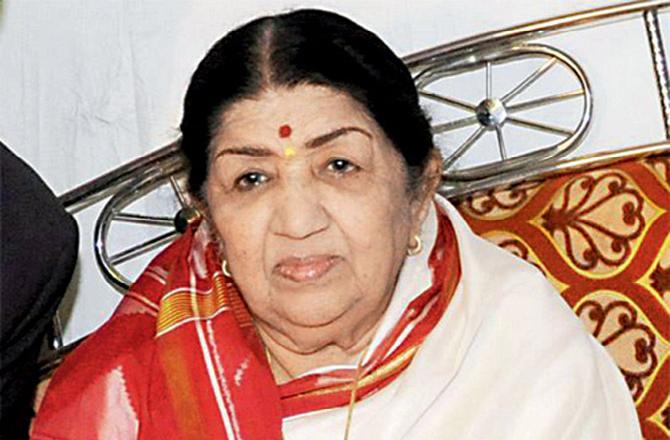 India is a country full of art, architecture, literature, and culture. Indian music knows no bound and hence the musicians. The musicians India ever produced are different and unique from the rest of the world. They brought a whole new change in the musical industry. However, Bollywood is the home of some of the greatest and extremely talented artists in the world, starting from actors to singers, music directors, writers, producers, and directors. Here is the list of Top 10 Best Singers in India Ever who are known for the immense talent in both Bollywood and Classical Indian Music.

In the year of 1993,  a singer broke the Gunniess World Record of recording most number of songs in the day by singing 28 songs in a day. Yes! That amazing singer is none other than Kumar Sanu. If you are talking about 90’s, then the most popular playback singer is Kumar Sanu. Kumar Sanu has also able to show the world that he is the best after receiving the  Filmfare Awards for Best Playback Singer (Male) continuously for the five times. Some of his all-time hit songs are “Ek Ladki Ko Dekha Toh,” “Yeh Kaali Kaali Aankhen,” and “Tujhe Dekha To Yeh Jaana Sanam” and “Ab Tere Bin Jee Lenge Hum”.

Starting from the film Devdas by Sanjay Leela Bhansali, a young talent started blooming. She is none other than the very beautiful, very talented Shreya Ghoshal. She is ruling the Bollywood industry with her amazing voice and is often known as the little Lata Mangeshkar. She participated in several musical contests and won a number of awards.

Now next on the list is none other than the very popular singer of 90’s Udit Narayan. He gave a very tough competition to another legend Kumar Sanu and was known for his silken voice as well as great versatility. Some of his famous songs are “Pehla Nasha”, “Dil Ne Yeh Haha Hain Dil Se”, Jaadu Teri Nazar” etc.

Along with Kumar Sanu at number 10, we cannot afford to miss his singing partner Alka Yagnik. She is the very famous Bollywood playback singer born in the year of 1966, March 20th and has a naturally blessed voice to give some big hits in the nineties. She paired with Kumar Sanu and Udit Narayan for most of her songs.

Another very famous Bollywood singer known for his beautiful and melodious voice is none other than Mukesh. His forte was sad songs and apart from that he was a versatile singer and has gained immense popularity due to his distinctive voice. During the 70’s this very famous singer reached his careers best point.

At number 5, we cannot afford to miss out the legend of versatility, the legend of romantic songs who is none other than Sonu Nigam. Born in the year 1973, on 30th July, he became one of the most successful male playback singer. Some of his famous Bollywood songs are “Suraj Hua Madham, Kal Ho Na Ho etc; in addition to making some hit albums of his own. He judged some of the very famous musical contest and also hosted a few popular ones namely Indian Idol, Sa Re Ga Ma Pa on Zee TV.

Born in the year of 1924 on 24th December, a legendary singer known as Mohammad Rafi created an unforgettable impact on the music industry of Bollywood. He gave us some of the timeless melodies like “Likhe Jo Khat Tujhe” and “Baharon Phool Barsao”.  He has voiced over for almost all the actors during the 60’s and 70’s until his death in the year 1980.

Featuring next in the list of top 10 best singers in India is none other than the very talented and exceptional versatile singer Asha Bhosale ji. She is none other than the younger sister of the great Lata Mangeshkar Ji and was born in the year 1933, 8th September. Besides contributing some of the best songs in the Bollywood industry, she has some of the very popular music albums to her name. She was married to the popular music director of that time R.D. Burman.

Now that we all know about the best female singer of Indian music of all time, let’s know about the best male singer. Yes! We are talking about none other than Kishore Kumar. The most melodious singers in the Bollywood who has contributed an immense number of beautiful songs to cherish. He was not only a versatile singer but also a fine actor. He will always be remembered for songs like “Kuch to Log Kahenge”, “Ek Ajnabee si Haseena” and “Mere Sapno Ki Rani”. This talented singer with a touching voice died on 13th October, 1987

When we are talking about Indian Music, one name that takes the first place in our mind, heart, and soul is none other than the Legends of Legends Lata Mangeshkar Ji. She is known as the Queen of Melody and often compared to Goddess Saraswati for her beautiful voice. Born in the year of 1929, September 28th, this great singer has been contributing to the industry for decades and can still give her voice to some of the youngest actresses till now. She has been honoured with national awards like Padma Vibhushan, Bharat Ratna etc.

Indian music and its musicians have immense on the youth music genre. The Legends listed above gave Indian music a new face and shape. They are some of the idols that we-the Youth Generation also couldn’t help but admire. The songs still give the feeling of being alive in the musical world. Their songs inspire many young talents to grow their names in the Indian Musical Industry.

Katrina Bowden: A Quick Look At Her Life, Facts, and Personal Details