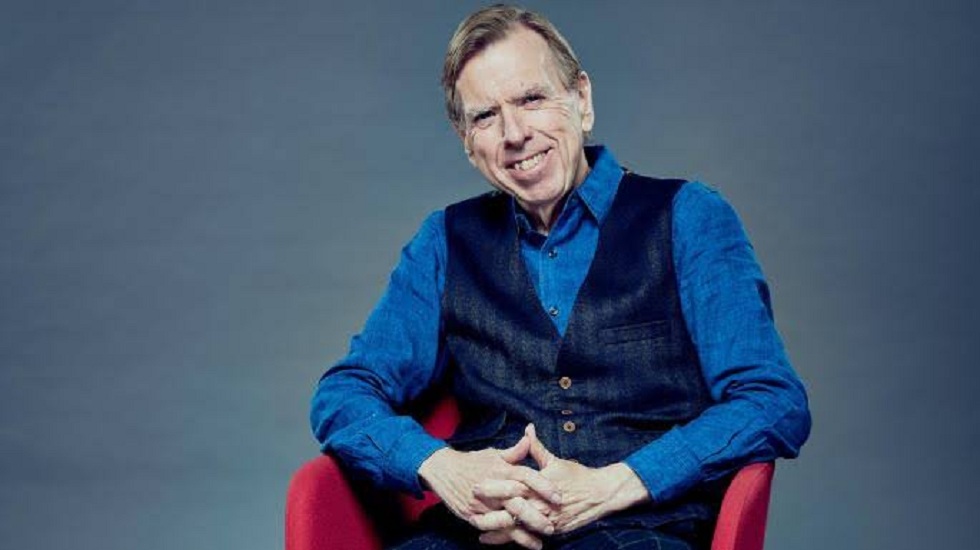 Who is Timothy Spall?

Timothy Leonard Spall OBE is a legendary and revered English character actor. On occasions, Timothy Spall has also served as a presenter on television and award show. After a slew of small but significant roles, Timothy Spall was cast as Barry Spencer Taylor in the hit 1983 comedy-drama show Auf Wiedersehen, Pet. The ITV show went on to become a huge hit, making Timothy Spall a household name all across England.

When was Timothy Spall born?

Timothy Spall, who is the third of four sons, was born in Battersea, London on February 27th, 1957. Timothy Spall’s father, Joseph L. Spall worked in the post office while his mother, Sylvia Spall (née Leonard) worked as a hairdresser. Timothy Spall trained at the National Youth Theatre and RADA, where he went on to win the Bancroft Gold Medal for being adjudged the most promising actor in his year.

Timothy Spall started making a mark in the world of theatre by starting to perform in productions for the Birmingham Rep. Later on, Timothy Spall went on to perform for the Royal Shakespeare Company. Some of the plays that Timothy Spall performed in included The Knight of the Burning Pestle, The Merry Wives of Windsor, Three Sisters, and Nicholas Nickleby.

Timothy Spall made his silver screen debut in the film Quadrophenia. That led to a big boost in his popularity. However, Timothy Spall truly became a household name in England after he played the role of the awkward Barry Taylor in all four series of Auf Wiedersehen, Pet.

What are some of Timothy Spall’s career achievements?

Timothy Spall received critical acclaim for his performance in Secrets & Lies (1996), for which he was nominated for the BAFTA Award for Best Actor in a Leading Role. Subsequently, Timothy Spall starred in many films, including Hamlet (1996), Nicholas Nickleby (2002), Enchanted (2007), The Damned United (2009), The King’s Speech (2010), Ginger and Rosa (2012), Denial (2016), and The Party (2017). Timothy Spall also gained international acclaim for his role as Peter Pettigrew in the Harry Potter films.

Timothy Spall has famously collaborated with director Mike Leigh, making six films together, including Home Sweet Home (1982), Life is Sweet (1990), Secrets & Lies (1996), Topsy-Turvy (1999), All or Nothing (2002), and Mr. Turner (2014). In 2019 he appeared as Lord Arthur Wallington in the acclaimed 6-part BBC Cold War drama “Summer of Rockets”. Between the years 2010 and 2012, Timothy Spall also starred in a television documentary featured around him sailing over the sea. The documentary was aptly named Timothy Spall: …at Sea. Timothy Spall also won the Best Actor award at the 2014 Cannes Film Festival for portraying the character of J. M. W. Turner in Mike Leigh’s biographical film Mr. Turner.

Timothy Spall also played the role of Kevin in Outside Edge. He also played Aubrey the appalling chef in Mike Leigh’s Life is Sweet.

In the year 1991, Timothy Spall also guest starred in the “Back to Reality” episode of the fifth season of Red Dwarf.

Timothy Spall has also appeared in numerous popular films such as Crusoe, Secrets & Lies, Shooting the Past, Topsy-Turvy, Vanilla Sky, Rock Star, All or Nothing, The Last Samurai, Lemony Snicket’s A Series of Unfortunate Events and The King’s Speech.

Which character did Timothy Spall play in Harry Potter?

If Barry Taylor in Auf Wiedersehen, Pet made Timothy Spall a household name in England, his role as Peter Pettigrew/Wormtail in the multi billion dollar Harry Potter film series made him a household name worldwide.

Timothy Spall performed lead vocals on the song “The Devil is an Englishman” from the Ken Russell film Gothic (1986), in which Spall portrayed John William Polidori.

Timothy Spall was also cast to play the starring role of Albert Pierrepoint in the popular 2005 film Pierrepoint. That movie was released with the alternate title of The Last Hangman in the United States of America.

In 2007, Timothy Spall starred as Nathaniel in Disney’s Enchanted and Beadle Bamford in Tim Burton’s production of Sweeney Todd: The Demon Barber of Fleet Street.

When was Timothy Spall given the OBE?

Timothy Spall was appointed Officer of the Order of the British Empire (OBE) in the 2000 New Year Honours.

Which character did Timothy Spall play in The King’s Speech?

In the year 2010, Timothy Spall was cast as Winston Churchill in the critically revered movie, The King’s Speech. As a part of the movie’s ensemble cast, Timothy Spall won the Screen Actors Guild Award for Outstanding Performance by a Cast in a Motion Picture.

During the closing ceremony of the 2012 Olympics in London, Timothy Spall reprised the role of Winston Churchill.

In the year 2012, Timothy Spall starred alongside Vanessa Kirby and Matthew Lewis in Wasteland (which was released as The Rise in Britain).

Timothy Spall was also cast to play the role of Charlie Morgan in the 2012 movie Comes a Bright Day.

For his role as J.M.W. Turner in the Mike Leigh directed film Mr. Turner, Timothy Spall was awarded the Best Actor Award during the 2014 Cannes Film Festival.

Between March 29th and May 14th 2016, Timothy Spall appeared as Davies during the performance of Harold Pinter’s play, The Caretaker. The play was performed at the Old Vic theatre in London opposite George MacKay and Daniel Mays. The play was directed by Matthew Warchus.

What age is Timothy Spall?

How many children does Timothy Spall have?

Timothy Spall and his wife Shane Spall have three children: Pascale (born 1976), Rafe (born 1983), who is also an actor, and Mercedes (born 1985). He lives in Forest Hill, south east London.

Timothy is the proud owner of a Dutch barge that he and his wife used to sail around the British Isles as a part of the BBC Four TV series Timothy Spall: Back at Sea.

What illness did Timothy Spall have?

In 1996, Timothy Spall was diagnosed with acute myeloid leukaemia, but has since been in remission. He has said of his illness:

I didn’t know what made me ill but stress had something to do with it and the point is now to head off stress at the pass. It made me aware of things and become more selective. I am less worried about employment. I really do my homework so I am not getting stressed on the set because I don’t know what I’m doing.

Timothy Spall has spent a majority of his professional career as a person who was slightly overweight. However, Timothy Spall was photographed looking extremely slim in the year 2017. The change was so drastic that a lot of his fans were concerned about his health. Timothy Spall attributed his weight loss to a desire to be healthier and regulating his food and alcohol content. Speaking on the matter, Timothy Spall said:

“I wanted to change my lifestyle and lose weight. And it’s done what I’d always hoped it might.

As a character actor, it’s put me in a position where I’m not hobbled by being a certain shape.

I’m no longer that avuncular round bloke. It does feel liberating on many levels.”

When you’re seriously ill, it gives you a certain sense of profundity.

“All the day-to-day inconveniences and annoyances count for nothing when you might not make it through.

“When you come out the other side, however, you realise that all those little daily aggravations are actually the texture of life, so you need to make the most of them.

“Even when it’s people continually asking me, ‘Are you all right now?’ Which I am, of course.

It doesn’t bother me one iota that most of my career has been playing people who are not that – well, let’s say that people wouldn’t aspire to be like them.

“Life is not all about profundity. Life is about little things that piss you off, little triumphs, little defeats. So, you can’t spend all your time being profound.”

“You can make as many films as you like, but if nobody wants to put them on, what’s the point?”

“You can’t live your life in a state of profundity, because you’re never going to get anything done, and you’re just profound.”

“There’s nothing like the knowledge of being hanged in the morning to concentrate the mind wonderfully.”

“There’s nothing like a little bit of unemployment to kick the stuffing out of you when things are going well.”

“I was always insecure about the way I looked.”

“I know what I like when I see it, but no way have I ever become interested in learning about it.”

“Imagination is a beast that has to be put in a cage.”

“I’m working class, and want people to know I’m not unintelligent and all the other clichés that come with it.”

“I know I work quite hard at making people like me.”

21 Unusual Things to See and Do in London

The Best Harem Animes That You Should Be Watching Right Now

Disney at its best

Finding Out Which Dog Breed Best Suit Your Lifestyle

4 Tricks to Efficiently Save Money