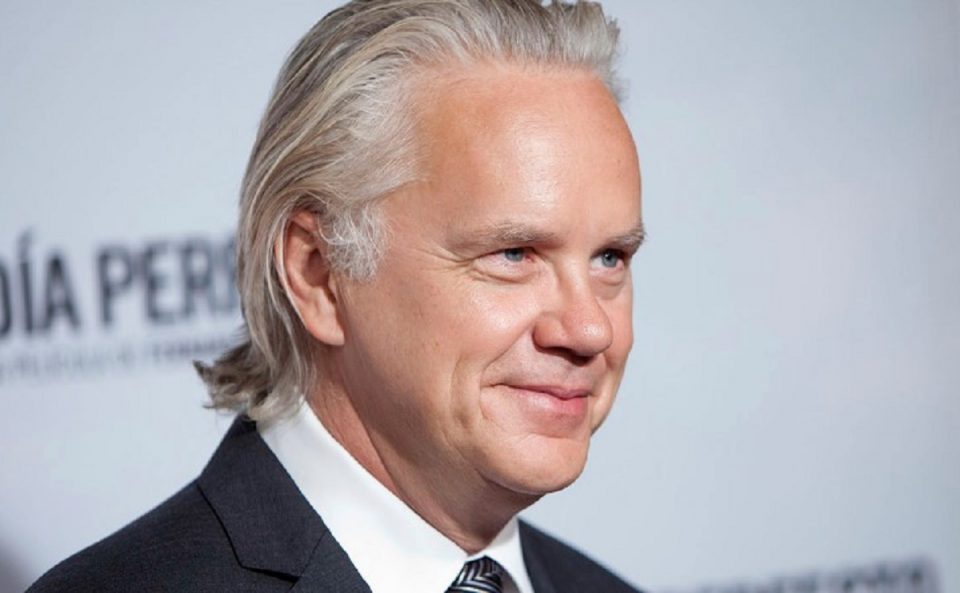 American actor Tim Robbins is an American screenwriter and filmmaker. He was born on October 16, 1958, in West Covina, a city in the state of California. His father was singer Gil Robbins. Son of a folk singer, Tim Robbins grew up in an artistic universe that he, in turn, borrows from his teenage years by going on stage and then training in drama. At fourteen, Tim Robbins joined a New York theater company, The Theater of the New City. Installed in New York, he studied there before leaving the Big Apple to find the Californian sun. He then entered the University of California at Los Angeles in the Dramatic Arts Department. His university career ended, the young actor made his first appearance on the screen and in 1982, he created a troupe of comedians he called The Actors’ Gang, based in Los Angeles. In just a year he would be featured in three episodes of the television program St. Elsewhere. Here are some things about his career, his marriage to a famous Hollywood actress, and his hidden interest in hockey!

Son of singer Gil Robbins, Tim Robbins has always been imbued with the performing arts.

After years of acting as a teenager, he appeared in Theater for the New City, playing the title role in a musical adaptation of Antoine de Saint-Exupéry’s The Little Prince. But it was only ten years later that he broke into the public eye in “Howard the Duck” and especially” Top Gun”. Critics recognized him as a real star in 1988 with his interpretation of a baseball player in “Bull Durham”. He meets Susan Sarandon, his future companion, during the shooting of this film. The following year he was the main character of “Erik the Viking” before gaining momentum with “Jacob’s Ladder” in 1990. In 1992, “The Player” offered him the interpretation prize in Cannes, before he did “The Grand Leap” with the Coen brothers. He will be equally appreciated for his role in “The Shawshank Redemption” in 1994.

2. He was flourishing as a director as well:

Tim Robbins is a committed actor, but it is as a director that he can clearly defend the values   in which he believes: he denounces the extreme right in “Bob Roberts” in 1992 then the death penalty in “Dead Man Walking” in 1995.

In 1995, Robins was both director, screenwriter, and producer of The Dead Man Walking, a drama based on the eponymous novel written by the central character of the feature film. It also shows Sister Helen, played by Susan Sarandon, a nun who makes it her duty to support a death row inmate until the sentence is served.

The end of the 1990s marks the beginning of a decline for Tim Robbins since he no longer obtains leading roles. He nevertheless remains a safe bet for many directors like Clint Eastwood or Steven Spielberg, until the 2000s where he was brought back to life with Mystic River.

Four years later he signed the dramatic comedy Broadway 39th Street, through which he painted a portrait of New York in the late thirties. He surrounded himself for this with actors Cary Elwes, Philip BAKER HALL, and Hank Azaria.

He played in the wake under the direction of Brian De Palma, at the origin of Mission to Mars in 1999, and Peter Howitt in Antitrust, the following year, before donning the blouse of the Human Nature researcher, signed as Dr. Nathan Bronfman in 2001.

Tim Robbins had a new consecration with Mystic River, a film for which he was awarded the Oscar for Best Supporting Actor. Clint Eastwood is at the helm of the fiction which brings together Sean Penn, Kevin Bacon, and Laurence Fishburne. Robbins dominated the poster of the futuristic drama Code 46 in 2003, then Zathura: A Space Adventure two years later. In the meantime, he adapted War of the Worlds in 2005, a dramatic show he himself wrote and in which he took an interest in reporters accompanying the units engaged in Iraq.

In 2005, he joined the cast of The Secret Life of Words of Steven Spielbergthen, two years later, a police officer plunged into a South Africa plagued by apartheid and conflict in In the name of freedom. After participating in The City of Shadows in 2008 by Gil Kenan, Robins passed at the comedy with Noise by Henry Bean. He plays a lawyer who swaps his robe for the disguise of the ‘Rectifier’ (a masked vigilante) to lead a merciless fight against noise pollution in New York City.

On the set of Bull Durham, he meets actress Susan Sarandon. Robbins’ relationship with Sarandon began in 1988 and lasted for nearly twenty years. The couple have two sons, Jack and Miles.

On the private side, Tim Robbins and Sarandon are both lapsed Catholic, which means they don’t practice religion but when they were together, they shared liberal political views.

Their love story ended in December 2009.

In February 2017, he formalized his relationship with Gratiela Brancusi during a film preview.

When they split on July 1, 2020 it only became public news in January 2021, during which he filed for divorce from his wife, Gratiela Brancusi.

Besides acting, Robbins is an avid baseball fan who supports the New York Mets and the New York Rangers and frequently attends games. As an ice hockey fan, he also enjoys watching those games as well, infact he once did a series of promos for MSG Network advertising upcoming Rangers games in 1995 and ten proceeded to narrate a documentary on the 1969 Mets for SNY.