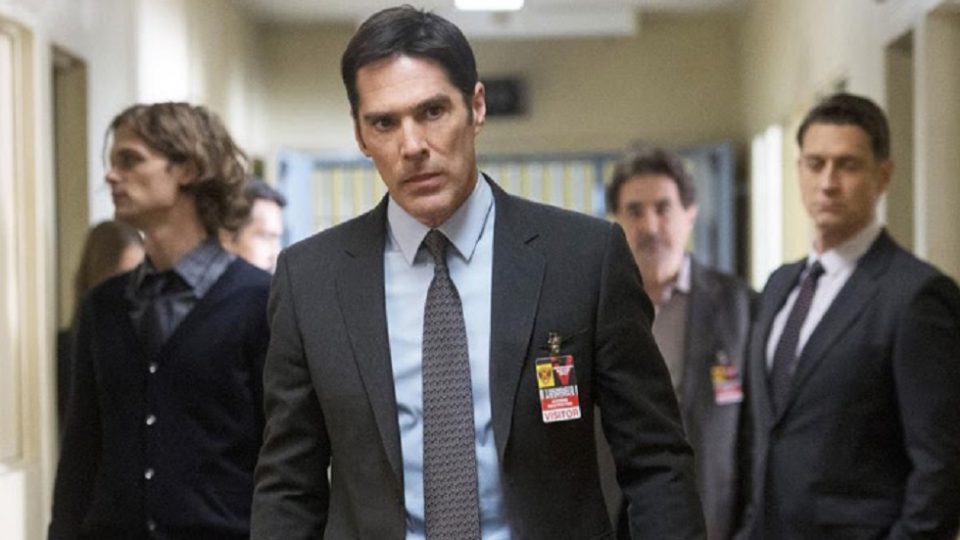 Thomas Gibson is a well renowned American actor and director. Thomas Gibson is perhaps best known for his role in the famous CBS show Criminal Minds. Thomas Gibson appeared on the show between 2005 and 2016. He portrayed the role of Aaron Hotchner, the chief of Quantico’s Behavioral Analysis Unit. His other famous roles include Daniel Nyland in the CBS television series Chicago Hope (1994–2000) along with Greg Montgomery in the ABC television series Dharma & Greg (1997-2002).

Thomas Gibson: All You need to Know

When was Thomas Gibson born?

Thomas Gibson was born on July 3rd, 1962. He was born in Charleston, South Carolina, to Charles M. “Mac” and Beth Gibson. His mother was a social worker, and his father was a lawyer and liberal Democrat who served in the South Carolina state Senate and House. He is Roman Catholic. Gibson’s interest in the performing arts began at a young age. Gibson was fascinated with Louis Armstrong. Thomas Gibson and his sister were great swimmers and were on a swim team together. They used to visit a pizza parlor after their swim practice. It was at this pizza parlor that Gibson would sing along with a Dixieland band, complete with his attempt at a Louis Armstrong voice.

Where did Thomas Gibson study?

Thomas Gibson started his acting journey by joining the Little Theater School and later graduated from Bishop England High School. He then attended the College of Charleston (1979–1981) and became an intern at the Alabama Shakespeare Festival, where he was encouraged to apply to the prestigious Juilliard School. After a year and a half at Charleston, Gibson won a scholarship to Juilliard’s Drama Division (Group 14: 1981–1985), where he graduated with a Bachelor of Fine Arts degree in 1985.

When did Thomas Gibson start acting?

Thomas Gibson started acting at the age of nine. He got his start at a children’s theater.  He appeared in Julian Wiles’ Seize the Street: the Skateboard Musical, a Young Charleston Theater Company (now Charleston Stage) production. As a teenager, he began his classical theater training by becoming a member of the Young Charleston Theater Company and the Footlight Players, often performing at the historic Dock Street Theatre. Thomas Gibson also interned at the Alabama Shakespeare festival while he was in college. He made his official stage debut in  David Hare’s A Map of the World. The play was performed at the New York Shakespeare Festival. He subsequently appeared in more plays for producer Joe Papp, both in Public Theater and in Central Park. Over the next 10 years, Thomas Gibson continued working intermittently on Broadway in a wide variety of plays ranging from Shakespeare, Christopher Marlowe, Molière, Tennessee Williams, Howard Brenton, Romulus Linney, Noël Coward, Alan Ball and many others. He eventually started working on television. Gibson also waited tables at Tavern on the Green.

When did Thomas Gibson make his TV debut?

In 1987, Thomas Gibson made his television debut as a guest actor on CBS’ legal drama Leg Work. This was followed by minor stints on daytime dramas As the World Turns (CBS) and Another World (NBC).

When did Thomas Gibson make his film debut?

Thomas Gibson appeared in a movie for the first time in 1992. He was cast for the role of Stephen Chase in the 1992 Ron Howard movie Far and Away. His character contested with Tom Cruise’s Joseph Donnelly for the affection of Nicole Kidman’s Shannon Christie. His next lead role was in 1993 as David, a gay waiter, in Denys Arcand’s Love and Human Remains. Also in 1993, he played bisexual businessman misanthrope Beauchamp Day in the television version of Armistead Maupin’s Tales of the City miniseries (1993). As you can expect, a show like Tales of the City was highly controversial at that time. It contained gay, transgender, bisexual and drag queen characters along with nudity, sexual situations, drug use, and explicit language. Gibson later reunited with Arcand in Stardom (2000). Gibson then returned to television when portraying Dr. Danny Nyland in the CBS medical drama Chicago Hope from 1994 to 1998, starring alongside future Criminal Minds costar Mandy Patinkin, with Shemar Moore as a guest star on the show. From 1997 to 2002, Gibson portrayed Greg Montgomery in the ABC sitcom Dharma & Greg, for which he was twice nominated for a Golden Globe Award. Thomas Gibson went on to appear in numerous TV movies after that role.

What role did Thomas Gibson play on Criminal Minds?

On August 11, 2016, Gibson was suspended (after appearing in two episodes of the twelfth season of Criminal Minds) following an on-set altercation with a writer-producer; he apologized for the confrontation in a statement, claiming the dispute arose from creative differences in an episode he was directing.

Prior to the dispute, Thomas Gibson had directed six other episodes of Criminal Minds. He had also directed a couple of episodes on Dharma & Greg. Gibson has had a prior altercation with an assistant director and had undergone anger-management counseling at that time.

The following day, ABC Studios and CBS Television Studios (which co-distribute Criminal Minds) issued a statement announcing that Gibson’s contract with the series had been terminated. The statement included the information that the exit storyline of the Aaron Hotchner character from the series had yet to be determined. In the October 12, 2016, episode, “Taboo”, the absence of Gibson’s character is explained as being away on special assignment; however, in the episode “Elliot’s Pond”, it is revealed that he resigned and went into the Witness Protection Program after noticing a serial killer stalking his son.

Who is Thomas Gibson married to?

Gibson and his former wife Christine have three children: James Parker, Travis Carter and Agatha Marie. They reside in San Antonio, Texas. Travis Carter was featured in the season 10 episode “Boxed In” (#5) of Criminal Minds as a friend of the Kidnapped Kid in that episode. Gibson and his wife separated in 2011 and in 2014 he filed for divorce. The divorce was finalized on February 14, 2018.

Thomas Gibson enjoys golf. He plays at the AT&T Pebble Beach National Pro-Am every year, as well as other golfing events, and is friends with golfer Corey Pavin. He served as part of the 2010 Host Committee for the Inaugural SAG Foundation Golf Classic, and co-hosted the 2nd Annual SAG Foundation Golf Classic with Criminal Minds castmate Joe Mantegna.

Is Cross-Platform the Future of Gaming?

How to Get Your Sesame Welcome Bonuses, and What Do You Need to Know About Them?

Charlie Watts: The Life And Times of The Legendary Drummer Of The Rolling Stones