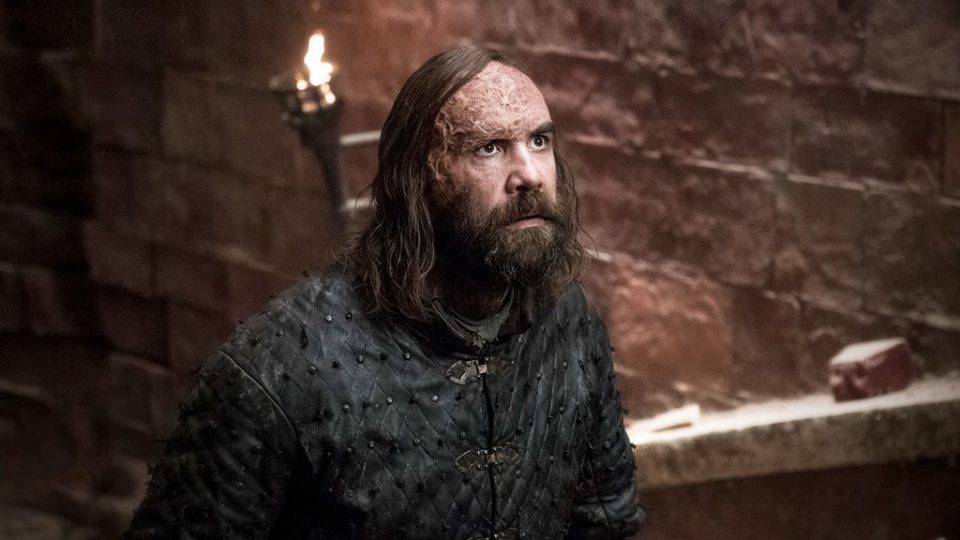 Rory McCann, known for playing The Hound on Game of Thrones doesn’t look like a guy who is very friendly. In fact, his roles are mostly characters with imposing, brutish and intimidating appearances. But did you know that he is actually a pretty laid-back guy and very much easy to get along with? In addition to not being in a relationship, he lives a very secluded life.

Want to know more? Just keep reading to get more details about the actor.

Here are 7 things you didn’t know about Rory McCann

Rory McCann is kind of similar to The Hound:

It comes without much surprise that the exceptional portrayal of Sandor ‘Hound’ Clegane was played so naturally by Rory McCann. The Game of Thrones actor is actually a fan of swinging his axe. He has been practicing it for so long that the actor is a real life  professional lumberjack, qualified to wield the axe. The only difference in this case is that Rory doesn’t stick to his beard and long locks. That’s right ladies, he is a fan of having a cleaner face!

During a solo climb in Yorkshire, Rory McCann was once stuck on a rock face and hung on until he finally ran out of strength, falling off 70 feet above the ground. Thankfully the GOT actor survived and lived to tell the story of his accident even though he suffered a fractured skull, broken wrist, and arm. Speaking of near death, it seems like this theme also rang true for the character of the Hound who almost died from being burnt alive! In real life, the actor was able to pitch the idea for a Scottish comedy based on his story for The Book Group created by Annie Griffin and written after McCann narrated to her his ordeal. He features on the BAFTA-nominated show as a paraplegic trainer who spends his life in a wheelchair after a climbing accident.

Before becoming Sandor Clagane, McCann had a hard time making ends meet. Rory McCann once worked as a painter, a carpenter, and even a landscaper before he got into acting so the Scottish actor is no stranger to hard work and knows the value of a husting for work. He revealed his past struggles during the Game of Thrones Reunion Special, stating that he sometimes survived by stealing food. McCann is also a man of character, noting that he went back to Iceland to pay his library debts after making it big in television. The acclaimed actor is also a self-trained tree surgeon, more commonly referred to as an arborist, a dangerous job that requires a high degree of fitness. His gardening skills came in handy too; he did some landscape gardening and also worked as a carpenter.

His success story literally started at zero and went up to starring in the biggest shows of the decade. He was once homeless living in a tent in Iceland before his successful performance in Game of thrones.

Dating an actor requires a very patient partner. Rory McCann’s stated that he does not date since his career keeps him on the road a lot, so he prefers not to get attached to anyone. He said that if he dated then the traveler would probably not have much time for her trying to balance his career and family. But he says he prefers a quiet lady who is chatty but not outspoken and not an actress to match his personal life. Rory also hasn’t dated for the simple reason that he feels that a lot of those in Hollywood are a bit nuts at times and the drama that goes on isn’t worth it. But he also stays on his own, since his debut on the screen and there has been no news of him in any relationship.

He is very close with his sister:

Like an Arya and Hound relationship, the actor has a closely-knit connection to women: His sister and it is quite evident in the way he speaks highly of them. He also credits his success to his mother, who has supported him through the low moments in his career. His sister is a costume designer, and they got to work together on set during his film debut on Alexander. Since childhood, the siblings have had a secret language they use, so no one on the production team hears what they are saying.

Rory McCann once got fired for laughing on stage:

Rory McCann first acting gig was as an extra on the film Willow from which he got fired for cracking up too much. Unsurprisingly, he went through a very low moment afterward, but he later managed to get more roles in tv shows and films, including Alexander and Solomon Kane. So when the Hound was able to keep the giggles away during GOT filming, it helped him mature as an actor. Maybe this has a little something to do with the fact that he got his first acting role when he was 29 years which is quite late, considering most stars start much earlier. It turns out he did not take his job seriously, landing himself on the wrong side with the director.

The Hound can sing:

The Game of Thrones actor can definitely hold a note. Rory first pursued his love for music before debuting in film. He used to be the frontman of a defunct band called Thundersoup in the early 90s. In 2017 he made a musical appearance as the drummer of Texas, a Scottish rock band, in their music video of Tell That Girl. He also plays the piano, banjo, guitar, and Mandolin.

He went on a diet for a scene that would never air:

During the shooting of the eighth season of Game of Thrones, Rory went onto a slimming diet in preparation for a topless scene in the third episode, The Great War. The scene included The Hound getting bitten by a White Walker, and Arya Stark burning the flesh away to treat him. In order to get his body ready he quit smoking and drinking and even frequented the gym. After weeks of eating boiled eggs and chicken, the scene got cut due to the wintery conditions on set, which made it unrealistic to be topless. Immediately after shooting the scene, McCann went to drown his disappointment in drinking all that he had been missing.

Although Rory McCann is an actor, he does not watch television too much. The Game of Thrones actor seems so different from the roles he played because when he is not busy at work, he spends time on his boat on the west coast of Scotland which also doubles as his home.

Who is La Reina Shaw: The Instagram Model that Caused a Split Between Cam Newton and His Long Term Girlfriend