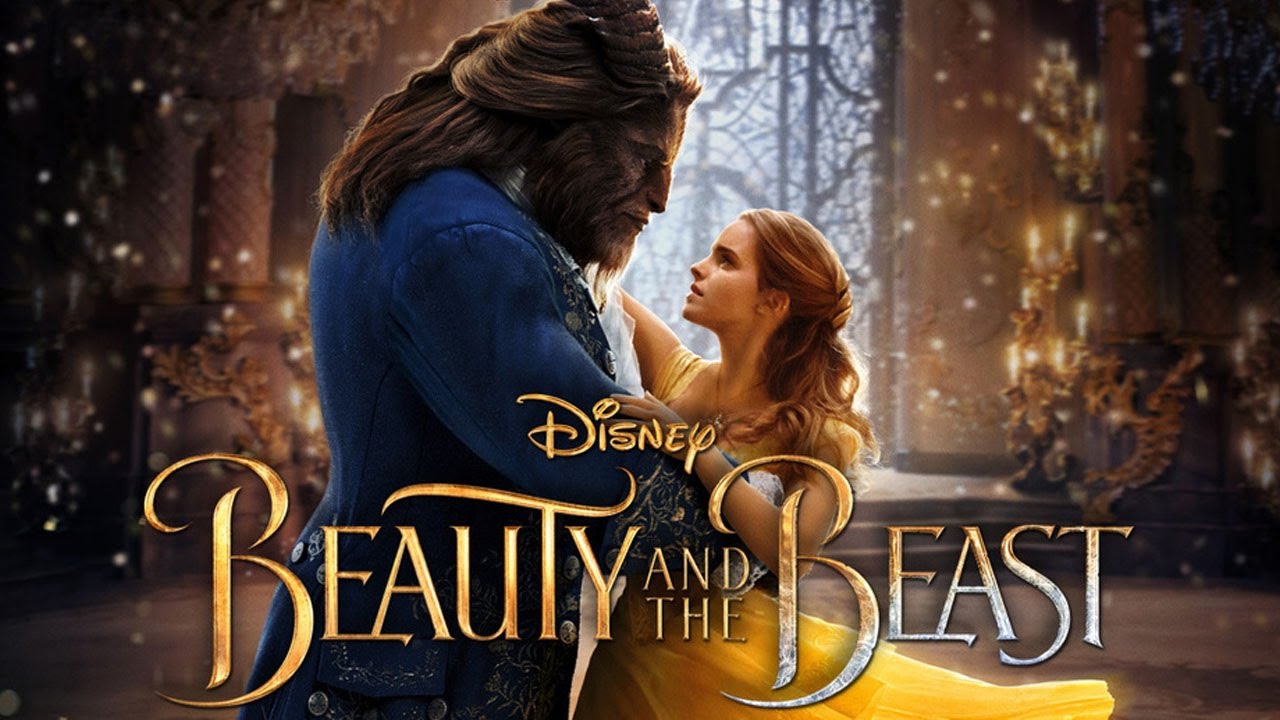 All fairy tales have happy endings like we all have seen in the famous story of The Beauty and the Beast. Many fairy tales are new to us while many have childish versions or historic tales in them. But, the real story behind actual characters of this movie is very strange and has got real sad tale behind it.
The real ‘Beast’, as described in the movie is actually a man who had a very rare condition called Hypertrichosis– also called werewolf syndrome. Presently in world only 50 people suffer from such acute conditions.  Petrus Gonsalvus was born in Canary Islands in the year 1537 and looked similar to one we see in the movie. The condition at that time were not known to people and thus they treated him very badly and even kept him under bars due to his fearful looks. 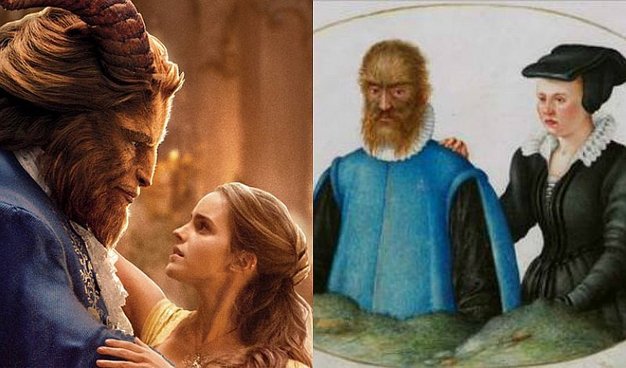 Peter was locked up and sent to King of France as a gift to King Henry II. There he was kept in cage and was observed for finding out whether he had any symptoms of actual beast or not. The researchers at that time claimed that he behaved as a normal boy and was safe to set free. The king decided to give him education and slowly the boy mastered different languages like Latin and became well versed in high class etiquette.
Slowly Petrus became a treasured member of the courtyard and started living a peaceful life. King’s wife took over the throne after King’s death and after few days she decided that Petrus should get married as she wanted to see that whether his children got same problem of hypertrichosis like him or not. Soon she found a beautiful woman, Catherine DE Medici who agreed to marry Petrus and they led a happy married life for 40 years. After all, fairy tales have happy endings sooner or later. 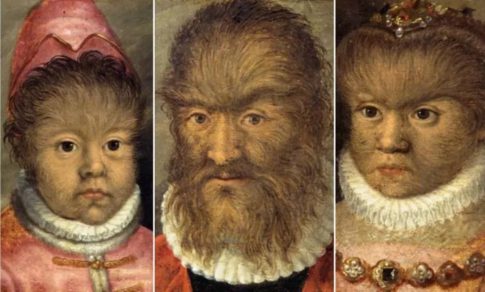 In records it was found that four out of seven children were inflicted with hypertrichosis. Although portraits showed that they had classy attire, but in reality, they were treated more as an entertainment piece. The children were sent to other continents as a gift to nobles that showed that they were treated more like a pet than human beings. But the strange part of the story is that they were highly paid and Petrus and his family were allowed to get a comfortable and standard life. But at what cost? In the end Petrus was acclaimed as “A Beast” that was no lesser than an animal and was also denied to get last rites after his death.