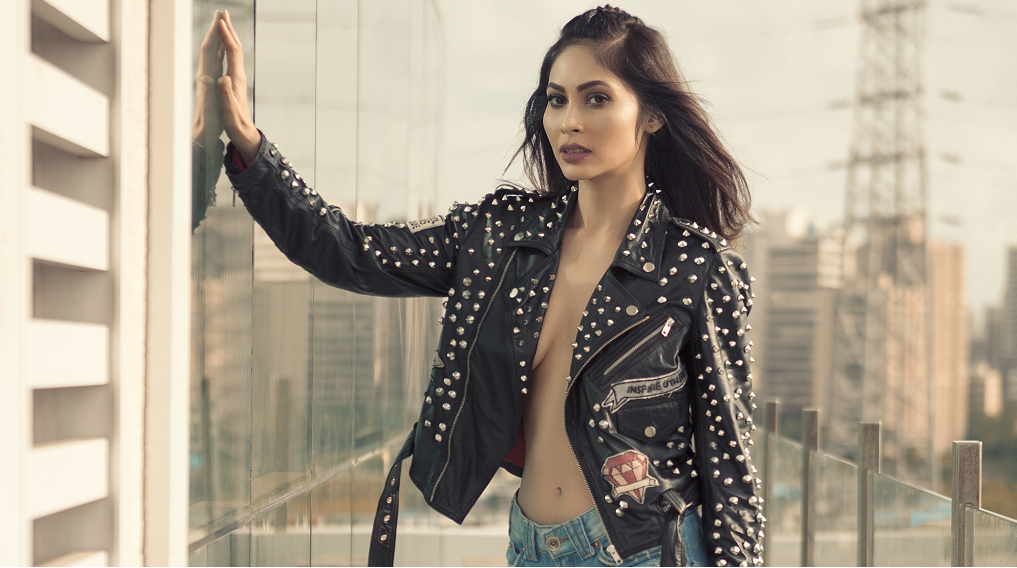 It was on 2009 when Sunanda Wong had her first encounter with the mike while anchoring for ‘Sitaron Ko Choona Hai‘, a popular reality show with Neha Bhasin and Raghu Ram as judges.
Interestingly, the young girl also made her way into B-Town with 2016’s much anticipated flick ‘Neerja‘, followed by ‘Fanney Khan‘ this year. Besides, she is all set to begin shooting for her upcoming web-series in January, next year.

Daily Hawker in a frank chit-chat with Sunanda Wong on her journey & what she’s looking forward to:

Tell us about your first encounter with the mic?

As far as my memory serves me, I have had something to say about everything and I was always someone  who was always opinionated and observant. I was handed the Mic for the first time during my second standard at the morning school assembly as a reproach for talking in the assembly, but it turned out to be my first impromptu public speaking experience. Professionally it was the, Meditech’s Alva brother’s, music reality show ‘Sitaron Ko Choona Hai’.

You grabbed the ‘MTV India VJ’ title in 2013. How did it contribute to your success?

I think winning the title was like was more like beginning of the shaping of me as an artist. I was super young and someone living alone in Mumbai. For me it was like putting the key into Ignition and turning it on. I absorbed immensely from my fellow VJ’s like Ayushmann Khurrana, Jose and Cyrus Sahukar.

You anchored over 1500 shows till date, how has the journey been for you?

I have learned something with every show; how to connect better with the audience and make them be in the moment as best as I can. If they don’t look at and fiddle with their phones while I hold the Stage and the mike , I am doing something right, that feeling thrills me.

You’re also hosting ‘Love Me India’. How has the experience been?

It’s been unparalleled. I feel I couldn’t have had a better launch. In fact in the GEC space it’s two of my favorite things rolled into one as I love kids and the live entertainment. I am having a bunch of fun on the show which is quite spontaneous and overwhelming.

How was your experience in the commentary box?

I had my brush with live commentary alongside Charu Sharma on the Battleground Asia commentating on the memorable Vijendra Singh Vs Zulpikar Maimaitiali on live TV. Later, for the Devils Circuit season 1 & 2 for the Colors Infinity with British sports commentator Patrick Kinghorn .

You have acted in Neerja & Fanney Khan. Any plans of getting into a web-series?

For me acting in both the flicks was like an out of body experience. The medium which I was virgin to, had been so overwhelming and perceptive. I am now looking forward to many more such experiences. I am soon going start shooting for my upcoming series on Amazon Prime in January.

How is it to anchor a live sports event?

I think after hosting two seasons of Pro Kabaddi, Snooker & Billiard, Mixed martial arts (MMA), Boxing, Devils Circuit Challenges I can safely say that there’s nothing which equals to the adrenalin rush to the experience of hosting live. Besides, if it’s related to sports, its literally ‘sone pe suhaga’.

I am looking forward to begin shooting for my web-series in January. It will an excellent start of 2019 for me.

Kashmiri apple; an industry which faces destruction due to ignorance

How to fix SEO problems

Anil Kapoor on working with Bobby Deol for the first time in Race 3!

I strongly believe that once the camera starts rolling, there is no challenge and it’s a free flow….