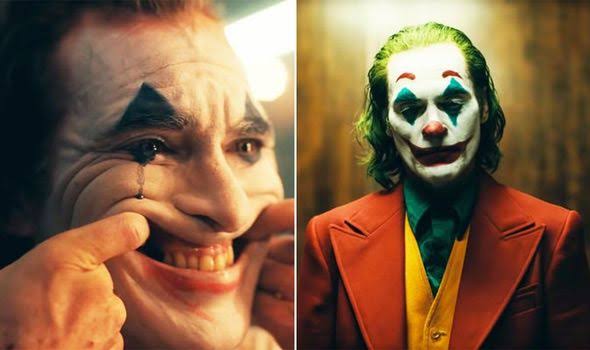 DC’s clown prince of crime doesn’t really do much which can qualify as a ‘nice jester’. However, with his upcoming movie starring Joaquin Phoenix, he is bound to knock ’em dead. For this post, we will take a look at all we know so far, and behind the scenes trivia surrounding the upcoming Joker movie. The movie is slated to hit theatres on October 19th. Without further ado, let’s get started.

In an interview with Collider, actor Shea Whigham, who plays a Gotham City police officer, mentioned that the movie takes place in the 1980s, “when the city was tough”. The 80s were a significant time period for the Batman franchise. Visionary writer and artist Frank Miller took Batman out of his campy phase and into his dark roots. His seminal work o Batman: Year One and Batman: The Dark Knight Returns played a crucial role in giving us the Batman we know and love today.

1988 also saw the release of the famous 64 page Joker story, The Killing Joke. Written by the legendary Alan Moore and illustrated by Brian Bolland, this violent and controversial book is probably the most significant and definitive Joker story.

Those books returned Batman to his complex and sophisticated roots. Once Tim Burton’s 1989 feature film Batman hit the theatres, audiences embraced the dark, gothic world building and forgot about the campy Adam West version of Batman.

2. The movie is an origin story

One of the most unsettling aspects of Heath Ledger’s portrayal of the Joker in The Dark Knight is that we never knew where he came from. He narrated different origin stories to all his victims.

The 2019 Joker movie however, is going to be a completely fleshed out origin story. It will feature around the life of struggling standup comedian Arthur Fleck. His failure, madness and lack of purpose inspires him to become the Joker. Some fans might prefer not knowing everything about the Joker’s backstory. However, The Killing Joke managed to explore Joker’s origin story while being ambiguous.

3. It features some great behind the scenes talent

Todd Philips broke out in Hollywood by directing comedies such as Road Trip, Old School and Starsky and Hutch. While the Joker movie is bound to have some sick and twisted sense of humour, it is chiefly going to be a psychological crime thriller. That is bound to make Philips push his directorial skills to hitherto unknown dark places. Philips co-wrote the screenplay with Scott Silver (8 Mile, The Fighter). The film will also re-unite Philips with co-producer Bradley Cooper, who he previously worked with on The Hangover trilogy and A Star is Born.

4. Leonardo DiCaprio was the first choice for Joker

Since Martin Scorsese was initially associated with making the Joker movie, it wasn’t surprising that DiCaprio’s name was floating around. According to a Hollywood Reporter article published in 2017 , the studio was hoping that Scorsese could ‘lure’ his long time collaborator into the world of comic book movies. The article also noted that no offer had been made yet and ‘chances of landing DiCaprio would be slim to none’. The internet went into a frenzy with this news. Famous instagram artist BossLogic even made his rendition of how DiCaprio would look as the Joker. However, nothing ever materialized from that rumour, and Oscar nominated method actor Joaquim Phoenix eventually landed the Joker’s role in 2018.

In an era dominated by shared storylines, comic book movies usually tease spinoffs, sequels and crossovers. Joker will be a refreshing change to that by just being a one-off story. If the film succeeds critically and commercially, it can lead to more standalone DC movies in the future. This approach is similar to DC’s Elseworlds imprint which features stories taking place outside of the established continuity. The Joker may also start a trend of grittier and experimental films which give a lot of freedom to the director. Nothing is certain yet, but this new lineup of movies may be labelled ‘DC Dark’ or ‘DC Black’. The Joker movie could be the launching pad of many such movies to come.

These days, most big studios tend to spend hundreds of millions of dollars for making movies based on comic book characters. However, the Joker movie, with its paltry production budget of just $55 million might prove that less is more. That amount is less than half of what was spent on Batman v Superman and Justice League. Since both those movies failed to perform as expected at the box office, this low budget approach might end up being more feasible. Joaquim Phoenix had expressed interest in doing a low budget character study of a comic book villain for a while. Joker seems to be just the right part for him.

8. The Joker movie has many influences

The King of Comedy isn’t the only Scorsese-De Niro collaboration which has inspired the Joker. It has also drawn comparisons to Raging Bull. In that movie, De Niro played the role of legendary boxer Jake LaMotta who went on to try and make a career as a stand-up comedian.

The Joker trailers so far have shown a distinct Taxi Driver vibe as well. Both the titular characters are seeking acceptance by the society but they just can’t seem to fit in. Both turn to chaos in their own way, one sports a mohawk and the other covers his face with clown makeup. Aside from the Scorsese-De Niro flicks, the film will also borrow from The Killing Joke.

Heath Ledger’s Joker was a completely unique take on the Joker. He wore war paint which made him look more like a terrorist than an over-the-top comic book villain. Joaquim Phoenix’ Joker has also gone for a more grounded approach. Many people have remarked that his makeup is similar to the one worn by serial killer John Wayne Gacy when he performed as Pogo the Clown. When Gacy started performing as Pogo, a lot of his fellow clowns felt that his makeup might frighten children. It’s only fitting that a serial killer like the Joker wears makeup inspired by a real-life serial killer.

10. The Joker is not a part of the DC Extended Universe (DCEU)

The incredible critical and commercial success of Wonder Woman made DC Films realise that focusing on one character at a time is better than juggling several at once. Staying more self-contained also contributed to the incredible success of Aquaman and Shazam. However, those movies were still a part of the same shared universe. Joker on the other hand will have no connection to the shared universe at all. Nor will it have any connection to Jared Leto’s Joker in Suicide Squad. Discussing this new direction, former DC Entertainment President Diane Nelson said: “Moving forward, you will see the DC Universe be a universe, but one that comes from the heart of the filmmaker who is creating them.”

In an early 2019 interview with the LA Times, former Warner Brothers CEO Kevin Tsujihara guaranteed that viewers will be seeing ‘much more focus on individual experiences around individual characters.

So, are you excited about the Joker movie? What do you think of the new direction which DC is taking? Let us know in the comments below.

13 International Photography Schools For You To Consider