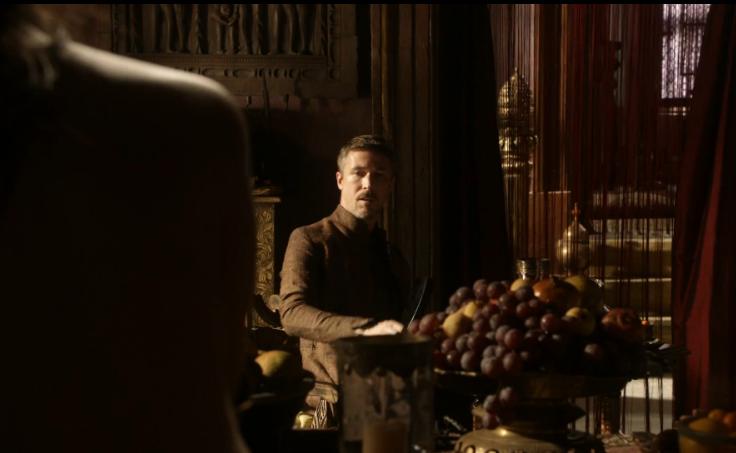 On April 17th, 2011, a fantasy themed television show called Game of Thrones premiered on HBO and the world was never the same. In the eight years since, it has become an absolute global phenomenon. The show has it all. Epic set pieces, spectacular CGI, gratuitous sex scenes and impactful dialogues, you name it, it’s there. The show’s characters such as Tyrion Lannister, Daenerys Targaryen, Jon Snow, Arya Stark etc. have become household names and their fate has become highly captivating points of conversation during every coffee/tea/lunch break at workplaces across the globe. The eighth and final season is scheduled to premier on April 14th, 2019 and the world’s collective conscience is waiting with bated breath as the grandest chapter in television history (so far at least) comes to a spectacular end.

One of the most talked about aspects of Game of Thrones has always been its sex scenes. Right from the very first episode, the sex scenes of the show really stood out for being very gratuitous and somewhat shocking (even incest wasn’t left untouched). As more episodes rolled out, viewers were presented with more and more sex scenes. Keen viewers and critics soon started to realise that these sex scenes weren’t merely there for titillating the viewers and subvert the attention from a lack of plot complexion. Game of Thrones after all, was never lacking on the plot front. While adapting for TV from George R R Martin’s A Song of Ice and Fire series of books, the show creators David Benioff and D.B. Weiss had enough source material to not require empty sexual theatrics in order to sustain the viewers’ interest. Game of Thrones’ sex scenes, especially the one featuring Irish actor Aidan Gillen as Petyr ‘Littlefinger’ Baelish and two actresses engaged in sexual activities as prostitutes at his brothel, led to the birth of the term ‘sexposition’, a portmanteau of ‘sex’ and ‘exposition’.

Blogger and critic Myles McNutt coined the term in 2011. According to him, the usage of exposition during Game of Thrones sex scenes was a situation where characters reveal crucial information related to plot and character development during sex scenes or scenes showing some form of physical intimacy. McNutt said, “I felt this particular trend within the series was something that we as critics should be talking about. Ultimately the term ended up catching on with some of my fellow critics and becoming an actual topic of conversation.” Speaking about the aforementioned sex scene featuring Littlefinger, McNutt said, “The Littlefinger sequence is an interesting one in that it has clear thematic implications on his view of power, on the idea of Littlefinger as the prostitute [of the government], always able to convince others that they are in control when it’s really a charade.” Writer George R R Martin, who has also directed a few episodes of the TV show, has stated that the Game of Thrones sex scenes serve a similar purpose to his usage of sex scenes in the books. In fact, they help the viewer in understanding the motivation and reasoning behind the actions of certain characters in the show. An understanding, which according to Martin, would not have been possible for people who haven’t read the books. With an extremely exhaustive amount of characters, storylines and plot points in the book, exposition during Game of Thrones sex scenes helps in delivering the information to the viewers in a condensed form.

As per The Financial Times, sexposition is the act of  “keeping viewers hooked by combining complex plot exposition with explicit sexual goings-on“. According to James Poniewozik, chief TV critic for the New York Times, its purpose “is to divert the audience and give characters something to do while exposition is being delivered, which is what distinguishes sexposition from merely gratuitous titillation.”

The popularity of Game of Thrones sex scenes and their successful usage of sexposition has led to the term being retrofitted to similar usage in other shows such as The Sopranos (which frequently featured important plot developments during conversations in the strip club, Bada Bing) and Deadwood (when Al Swearengen delivered long monologues to the prostitute performing oral sex on him). Even shows like Homeland and True Blood have used sexposition as a tool to move the story forward.  UK based movie historian Matthew Sweet traced the roots of sexposition to something further back in the past and in a different medium altogether. He said, “I wonder whether the root of it might be from the newspaper comic strip. Some feeble joke is played out and the protagonist just happens to have no clothes on.” The comic strip Sweet talks about, is George and Lynne, which chronicled the lives of a liberated couple created by Conrad Frost for the British newspaper, The Sun. First appearing in 1976, the female protagonist of this strip, Lynne, no matter where she was, would somehow find herself disrobed. However, Sweet didn’t just stop there because he believes that the sexposition of George and Lynne is rooted in the 1930s comic strip, Jane, where there would be a moment of nudity not driven by the narrative.

However, none of the aforementioned works had the amount of gratuitous nudity that is on display during Game of Thrones sex scenes. But that doesn’t mean that the creative minds behind Game of Thrones are just parading people naked for shock value. As James Poniewozik points out, “the novelty of the practice is not the nudity, but the manner in which it accompanies exposition, for which older TV shows with less complex plots did not have as much need.” So, the exposition during Game of Thrones sex scenes might very well be more…ahem…exposed, but that’s not just a cheap trick when compared to more antiquated uses of the technique.

Game of Thrones sex scenes aren’t without their detractors though. Craig Warner, the man who wrote popular TV dramas such as Maxwell and Britain’s Greatest Codebreaker, is not a big fan of Game of Thrones sex scenes and sexposition in general. He believes that sexposition is not a shining beacon of the craft of script writers at the top of their game. Warner says, “There’s a great Hollywood saying, Breasts are still our cheapest special effect.” When he sees Game of Thrones sex scenes and observes a character who is giving out massive amount of details through monologues and dialogues, he thinks that it’s a failure on the script writer’s part. Warner says, “I work hard to make sure there’s no information that feels like it’s just being given to the audience. Actually, I just never put in any expository material that one character doesn’t need to tell another.”

After the end of the first season, Game of Thrones’ co-creator David Benioff was asked about the amount of sex scenes that can be expected in the second season. He responded cheekily by saying, “We will address this issue with a 20-minute brothel scene involving a dozen whores, Mord the Jailer, a jackass, and a large honeycomb.” And as we stand mere days away from the premiere of the eighth and final season, Benioff has lived up to his promise (not literally) as Game of Thrones sex scenes and the exposition accompanying them, have explored territories hitherto unknown to the world of television, for seven straight seasons. Expect some (or even a lot) more as the series reaches its climax, no pun intended.