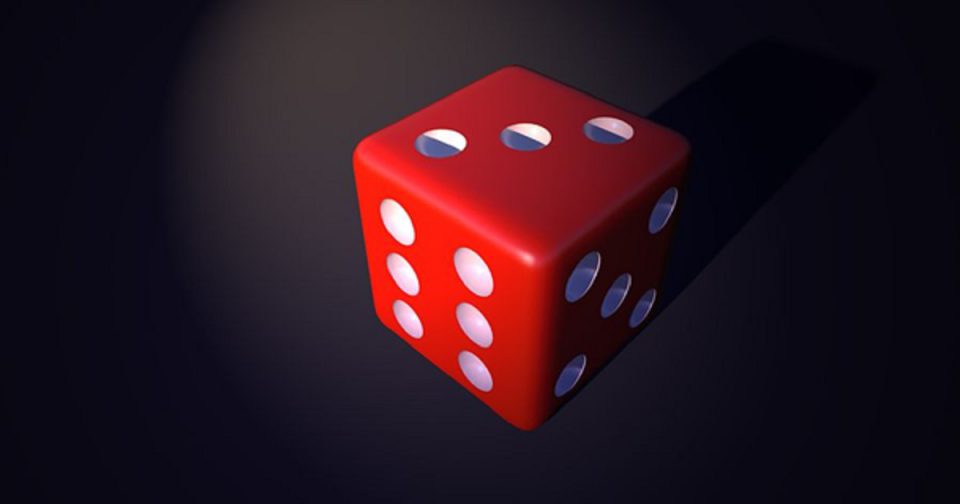 Craps are among the oldest and most traditional casino games. In fact, dice games are much older than the casino itself. While the first casino only came up in the 18th century, dice dates from ancient times. According to Sophocles, Greek soldiers indulge themselves in dice games during the siege of Troy. However, this gaming device is much older still. The oldest dice ever found come from Iran and date from about 3,000 BC.

One Device, Many Games

A dice is as simple as it gets. The oldest form is a cube, with numbers from 1 to 6 printed. Still, there are also multi-faceted dice, and some of them even have less than six faces. A quick search online will return more than 40 games involving dice, or where it’s the protagonist, like in craps.

The game of craps probably has its roots in a 12th-century English game named Hazard, as described by Chaucer in the Canterbury Tales. Despite using a pretty simple device, rules can get complicated in both games. However, the ultimate guide on how to play craps breaks down the mechanics of the game in an easy-to-follow way. Also, in both games, every player gets a chance to shoot. Still, there are many differences between both games.

Craps was brought to America by a landowner named Bernard Marginy from Louisiana. The current name derives from the word “crabs”, which is also how the combination of 2s and 3s is called. In early versions of the game, this was the only losing combination. Rigged dice forced changes in the rules in the 19th century when the options “pass” and “don’t” pass were introduced.

Troy wasn’t the only war witnessed by dice. During World War II, the game followed soldiers on every front. The game has become popular in military circles ever since, and it was one of the most popular games in post-war Las Vegas.

Such a popular pastime wouldn’t be left out of the digital revolution. Like all other casino games, craps went online, both instant and live versions. The instant version lacks the social part of the game but usually comes with excellent graphics and realistic mechanics. Unlike the live version, where a dealer shoots the dice, the instant version is governed by a Random Number Generator (RNG) system.

Differences Between Craps and Hazard

Legend has it, the game of Hazard was invented during Charlemagne’s crusades. According to Sir William of Tyre, soldiers came up with it during the siege of Hazarth, back in 1125. Yet, the Encyclopaedia Britannica points to another possible origin of the name: a derivation from the Arabic word “azzah”, which means “the dice.”

Both games are played with two dice, although Hazard has considerably more rules, and it’s also much more difficult to find online. In Hazard, almost every combination between 2 and 12 has a different meaning and an implication. Players can play either against the bank or other players on the table.

Craps has only three combinations of importance: 7s and 11s, named “naturals”; 2s and 3s, named “craps”; and two sixes, named “boxcar”. The first combinations award instant victory to the shooter. Boxcars and craps are losing combinations, although the shooter still gets to shoot again in those cases. If a 7 comes on the second roll, the shooter also loses the bet. Any other combination is called a “point”.

Rolling Against the House

Dice is a game of sheer luck, although the house edge can be pretty slight: about 1,41%. For instance, it offers much better chances compared with slots or bingo. In some kinds of bet, chances are nearly 50/50. Here are some common strategies you can use.

Pass line is the most straightforward bet in the game. When betting on the pass line, you’re hoping to see a 7 or an 11 being shot out. In this case, you win instantly. It’s an even-money bet, in which you’ll get precisely what you wagered.

In this kind of bet, you’re betting against the shooter, hoping the shooter will roll out a 2 or 3. A combination of 12 makes it a “push”, meaning that you don’t win anything but manage to get your bet back. This bet is defeated by a 7 or an 11.

Laying the odds means betting against everyone on the table. Here, you’ll be hoping for a 7 to come out before combinations from 4 to 10. This bet has no house edge, and winnings can be 1:2, 2:3, or 5:6.

Now you know about this simple yet fantastic game’s origins and its basic rules and strategies. If your hands are itching for rolling a pair of dice at this point, you’ll find several free options online to get started. If you’re into the mathematics of the game, it’s also easy to find academic papers dedicated to the matter.

Top Reasons to Try Local Specialties on Your Next Vacation

All About Guest Posting, Benefits, Practices, and Guest Bloggers