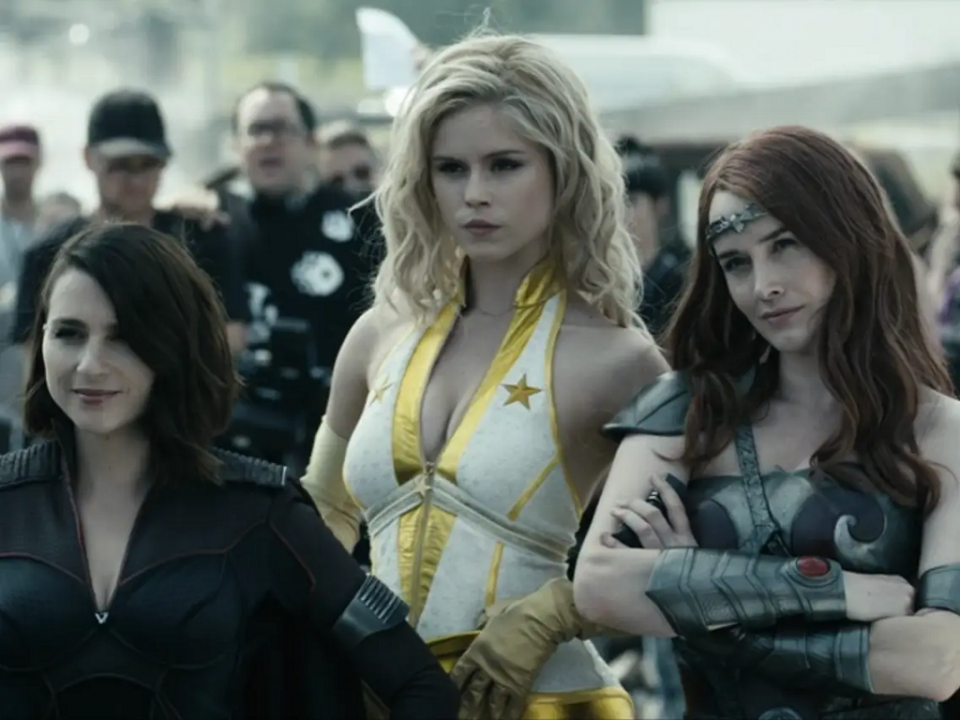 The Boys on Amazon Prime Video is a fantastic take on the superhero genre. It’s based on the eponymous comic book series created by Garth Ennis and Darick Robertson and published by Dynamite Entertainment. It is action packed, funny, brutal and can’t miss TV (even though it’s on a streaming service, you can always watch it on your TV). It presents superheroes in their most self righteous and deadly form. Superheroes in The Boys are not defenders of the law, they are the law. The battle between the dictatorial superheroes and some intrepid humans with questionable ethics is a treat for your eyes (whether they are sore or fresh). After an extremely successful first season, the fantastic show was renewed for a second season and it didn’t fail to deliver on any of the expectations (the only complaint was perhaps the fact that fans had to wait a week between each episode after the release of the first three episodes). The Boys Season 2 ended with a bang (more like many bangs). It was loaded to the gills with major reveals, deaths and some actual heroic scenes. Now that it has ended, what will happen in The Boys Season 3? Moreover, exactly what all happened in The Boys Season 2. We will take a look at all of that in this post. Warning: Spoilers ahead. If you intend to watch the show, it’s best if you just watch this trailer and go straight to your Prime Video account. All those who have watched The Boys Season 2, let’s start discussing.

The Boys Season 2: All You Need to Know

After the events of The Boys Season 1, Hughie (Jack Quaid), Frenchie (Tomer Kapon), Kimiko (Karen Fukuhara) and Mother’s Milk (Laz Alonso) are in hiding and trying to live a new life. The whereabouts of Billy Butcher (Karl Urban) are still unknown to the group. Starlight (Erin Moriarty) tries to navigate her way through the superhero politics at Vought as Homelander (Antony Starr) tries to take full control of the organization. However, his ascension to the throne gets threatened by the arrival of a brand new supe, Stormfront (Aya Cash). She is powerful, quick witted and very social media savvy. A lot of supervillains are “created” as a result of sinister plans and Vought Industries swoops in an attempt to capitalize on all the fear mongering and paranoia.

After this brutal scene, Victoria Neuman (Claudia Doumit) gets appointed to the Congress. However, we find out later that she is the telekinetic assassin who was turning people’s heads into jelly. She is the one who killed the FBI agent Susan Raynor (Jennifer Esposito) as well. In the seventh episode of The Boys Season 2, she blows up the head of Jonah Vogelbaum (John Doman), the scientist who created and raised Homelander, Shockwave, A-Train’s rival, and more at the hearing against Vought. In the final episode of the season, she can also be seen assassinating Alastair Adana, the leader of the Church of the Collective. Her true motives are unknown as of the end of The Boys Season 2 but she does hire Hughie to work for her at the end.

Who was the supe terrorist in New York?

The Boys Season 1 revealed that Vought had been injecting people with Compound V across the world to create “supervillains” so that it can stay in business. Hughie and the Boys discover one of the terrorists is in New York City. The “terrorist” turns out to be Kimiko’s younger brother Kenji who is eventually captured and killed by Stormfront. She then goes on to frame him for the deaths of numerous civilians by her hands. During this time, Starlight also leaked the info about Vought creating “supe terrorists” with Compound V.

What’s the Church of the Collective?

The Church of the Collective was once a puritanical, racist, religious group that Stormfront was a part of. She left it when the Church lost its “purity” and started admitting people of colour into its ranks. The church’s dossiers helped reveal the truth behind the secret Nazi origins of Stormfront.

Who exactly is Stormfront?

Stormfront is actually a 100 year old German woman named Klara Risinger. She has warded off the effects of aging with her plasma-based abilities, regenerative healing factor and longevity. As a matter of fact, she was the first ever successful Compound V test subject (making her the first “supe”). Her husband Frederick Vought was the one who injected her with the compound. She lived in Nazi Germany and continued harbouring the beliefs and ideas of the third reich even after moving to America. During the 70s, she was known as Liberty and brutally murdered Myron Hunter, a black man in a racially driven act.

What was Stormfront doing at the psychiatric hospital?

Compound V is usually injected in children as adults don’t tend to react well to it. Stromfront had been working with Vought to perform experiments on adults for stabilizing Compound V. The Sage Grove Psychiatric Hospital serves as a front for these experiments.

Queen Maeve (Dominique McElligott), Starlight and Kimiko team up against Stormfront to create a fantastic climax fight scene. However, she does manage to escape and land next to Butcher’s wife Becca (Shantel VanSanten) and her son Ryan (fathered by Homelander). In the ensuing fight, Becca manages to stab Stormfront in the eye but she continues choking Becca despite the wound. Ryan finally lets go of his power and amputates Stormfront’s limbs and burns most of her face off. Unfortunately, Becca is also killed in the process. A badly dismembered and burnt Stormfront is shown muttering things in German as the Homelander tries to speak to her. Later in the episode, Homelander says that she has been captured and imprisoned, hinting that she escaped death.

Lamplighter (Shawn Ashmore) was a pyrokinetic supe who was in the Seven till his retirement. Since his retirement he worked as an orderly in Sage Grove. His job was to remove evidence of failed experiments. While he was still with the Seven, The Boys forced him to spy for them. However, he tried to murder Grace Mallory, the leader of The Boys. Unfortunately, he ended up killing her grandchildren in the process. He does get some kind of redemption when he sacrifices his life to save Starlight from Vought.

Why did Homelander spare Butcher?

As you might expect, it was not because of any sense of kindness from Homelander. He was about to kill Butcher when Queen Maeve showed him a footage of him abandoning a plane full of passengers as it was about to crash. She threatened to release the footage to the public if Homelander harmed Butcher or Ryan. A visibly displeased Homelander was forced to leave the scene as a result of that.

How did the idea of “Fresca” come along in The Boys Season 2?

During The Boys Season 2, Fresca is the lemon flavoured drink that all members of the Church of the Collective drink. According to show creator Eric Kripke: “We just in the writer’s room thought it was hilarious that cult members drink Fresca. It just seems like the official drink of cult members, which you know weirdly is going to be Fresca’s new slogan in the fall!”

Ross Geller: 15 Weird, Inappropriate, and Disturbing Things He Got Away With!