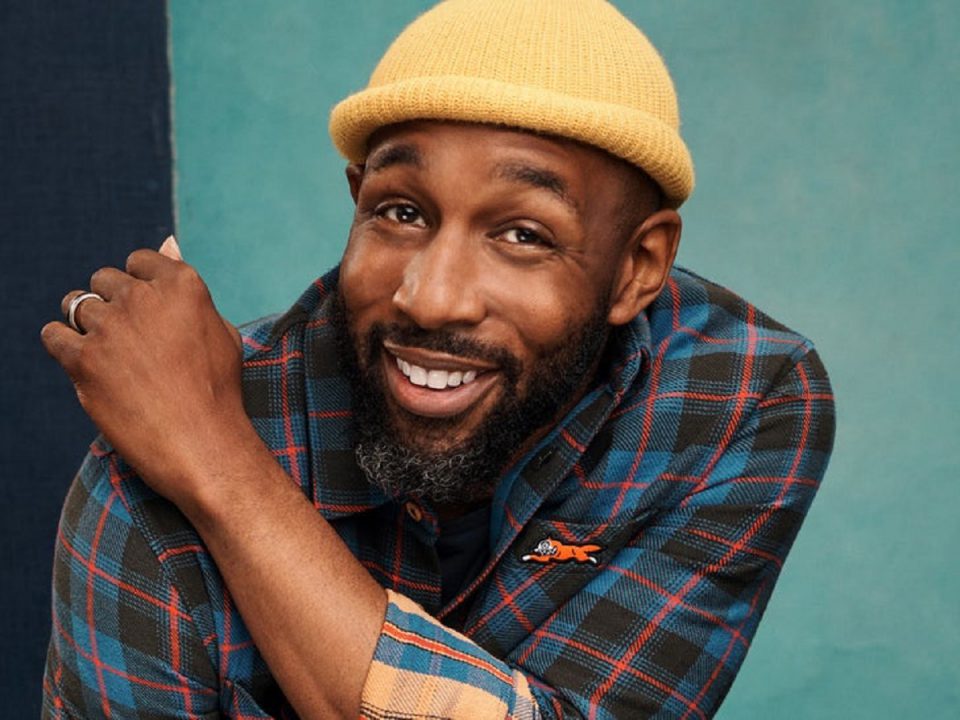 The famous DJ who went by the name Stephen ‘tWitch’ Boss, made his debut on the show “So You Think You Can Dance” and was later famous for producing the Ellen DeGeneres shows. A crowd entertainer and dancer, he was recognized for his many talents. The famous American DJ tWitch took his own life at the age of 40. His death has been confirmed by his wife Allison Holker Boss.

How Did Stephen ‘tWitch’ Boss Die? Autopsy Confirms Cause Of Death!

According to law enforcement, tWitch died Dec. 13 at a “hotel/motel”. Police discovered the lifeless body of Stephen “tWitch” Boss in a hotel room along with a gun.

“It is with the heaviest of hearts that I must share that my husband, Stephen, left us…Stephen lit up every room he walked into. He valued family, friends and community above all else and leading with love and light was everything to him. He was the backbone of our family, the best husband and father, and an inspiration to his fans. ” his wife said in a statement.

On December 14, several American media outlets confirmed the information regarding his death.

Stephen ‘tWitch’ Boss died of a self-inflicted headshot would:

Aged only 40, and with a gun, Stephen ‘tWitch’ Boss, took his own life.

According to TMZ, he left his home without his car, prompting his wife, Allison Holker to report him missing to the police. “She was in a panic when she warned the authorities,” stated news sources…Officers were later informed by a call that the man was found dead in a hotel room and found a gun beside him.

The Hotel staff were intrigued when the guest didn’t check out, and it was the staff who found the body. They informed the cops with a 911 call that in their hotel room, a man was found dead – not knowing it was a celeb.

How is tWitch’s wife doing now?

Alison’s mother and tWitch’s mother have been photographed visiting Alison and her children.

“To say he left a legacy would be an understatement, and his positive impact will continue to be felt ,” stated his wife.

“I’m sure not a day will go by that we don’t honor his memory. We ask for privacy during this difficult time for me and especially for our three children”, Alison said in conclusion.

He was a show producer for Ellen:

Ellen DeGeneres reacted around 9:30 a.m. (local California time) hours after the media announced the death of her ex-collaborator and friend.

Ellen DeGeneres was often seen with her DJ and show producer Stephen “tWitch” Boss. He was known for being the DJ and producer of Ellen DeGeneres’ show, which ended this year after 19 seasons.

Stephen “tWitch” Boss first broke through in 2008, when he was a finalist for “So You Think Can Dance” in the United States. He then landed several roles in the theater where he put his dancing skills to work and made appearances in the films “Step Up”, “Sexy Dance 2” and “Magic Mike XXL”. In 2014, he started working on Ellen DeGeneres’ show as a DJ, then was named the show’s producer in 2020.

Stephen “tWitch” Boss has also taken on the role of judge and he had previously co-hosted Disney’s Fairytale Weddings with his wife, with whom he shared children Weslie, 14, Maddox, six years and Zaia, three years.

He has also enjoyed success in film and television, with roles like Modern Family in addition to several roles in the theater where he put his talents as a dancer to work.

“My heart is broken. tWitch was love and light. He was my family, and I loved him with all my heart. I’ll miss him. Please send your love and support to Allison [his wife] and her beautiful children, Weslie, Maddox and Zaia,” Ellen penned on her social media.

According to the Los Angeles County Medical Examiner, he died by suicide from a self-inflicted gunshot wound to the head. There were “no signs of foul play” and the case is officially closed, Us Weekly confirms.

His wife has also been declared innocent.

Three days before his death, the veterans of dance celebrated their ninth wedding anniversary. “Happy anniversary my love @allisonholker #9years,” tWitch Boss shared via Instagram on Saturday, December 10, along with some photos from their 2013 nuptials.

Meanwhile, Holker penned a gushing tribute to fellow So You Think You Can Dance alum.

“It’s our 9th anniversary!! I couldn’t be more grateful to celebrate this perfect magical day!!!” she wrote via Instagram alongside a video of wedding photos. “Saying YES to @sir_twitch_alot was one of the best decisions I’ve ever made in my life!! I feel so blessed and loved!! I love you baby and I will never take you or OUR love for granted! I LOVE YOU.”

The duo, who worked together on their Boss Family YouTube account, appeared to be planning their future when they appeared on The Jennifer Hudson Show in mid-November and gushed about parenthood.

When host Jennifer Hudson asked if the choreographers wanted to keep growing their family, Holker was confident. “I know it well. I think we would like to start trying for another [baby],” she said.

“The Stomp the Yard: Homecoming” star initially seemed hesitant before saying, “Listen.… I love little babies. I love them. It’s a constant conversation.

RIP tWitch, we miss you.

Sexting and Its Effects On Relationships: How To Have A Healthy and Consensual Exchange