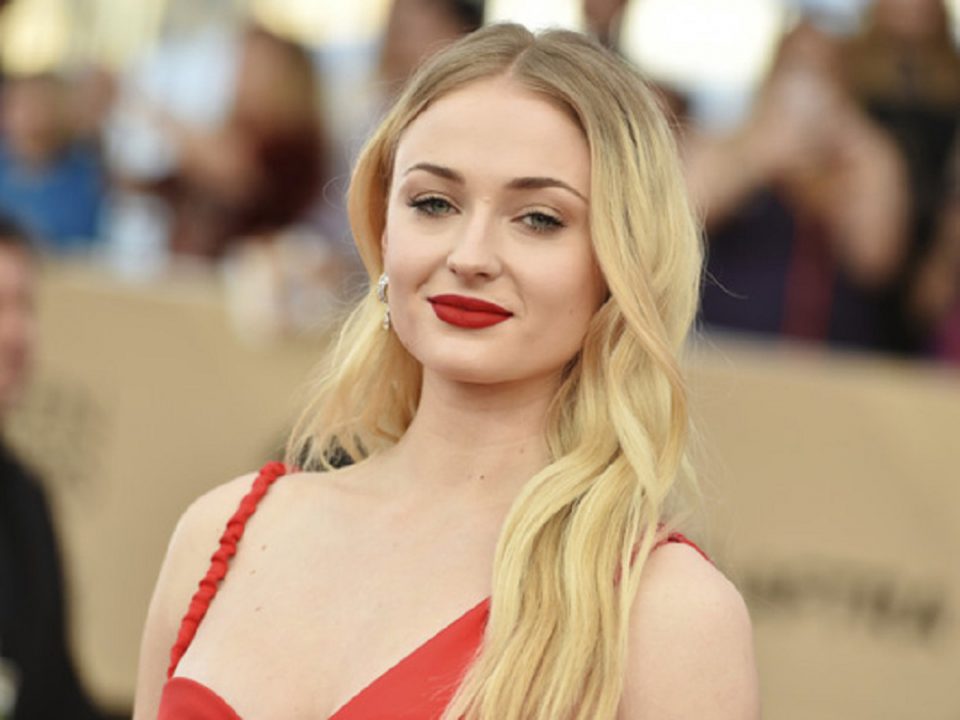 Many people have mixed emotions toward Sansa Stark. But that’s not the same for the breathtakingly beautiful actress who portrays her. Sophie Turner bagged the role of a lifetime and even defends Sansa Stark and House Stark till date. While we think we know much about her, as we’ve seen her literally grow up since Season 1, there’s many faces to this wonderous actress and some incredible secrets that you might have never known! Luckily this message isn’t getting sent to you via pigeons.

1. She Lost Her Twin

We can’t take the beauty of one Sophie Turner but can you imagine two?!

It turns out that tragically, Sophie Turner was meant to be a twin. Her mother was pregnant with Sophie and another child at the same time, but her twin died in utero.

Even though her mother miscarried one twin, Sophie was born healthy. It’s a bittersweet start to life that Sophie draws on when summoning her emotions during a scene. She has since mentioned in interviews that this fact has drawn her to films about doppelgangers, such as Another Me, her first feature film.

2. She Has Been A Member Of The Playbox Theatre Company Ever Since She Was Three Years Old

Playbox Theater was created in 1986. It was meant to be a place for children to learn to act on stage and screen.

“That was how my obsession [with acting] grew. I am still in Playbox. My first lead was in a production called Scary Play directed by Stewart McGill, who is amazing. Playbox is a fun environment. It’s not just a place for kids to hang around and be silly. We are all very serious about acting. They do not mold you into the actor they want but let you be yourself.”

3. Her Audition For GOT Was Crazy

Getting the Game of Thrones call was tough for Sophie who was still in drama school at the time. ‘The casting director knew about the drama department at our school. I had four more callbacks in London. It was really intense, but fun,” she recalls.

“I did a lot of chemistry tests with other people – the last one was with Maisie (Williams) who plays Arya. She is lovely.” You can watch the audition on YouTube! Game of Thrones chose virtual unknowns for some of its biggest roles, and the chemistry tests clearly paid off: the Starks seem like a real family.

4. Sophie Turner Also Has Some Hidden Talents: Rap and Beat-Boxing

Not many fans know that Turner frequently used to do this on the sets of the show with co-star Jack Gleeson.

She also got plenty of attention for rapping “The Real Slim Shady,” and for a dirty rap she did on Vine. Are expecting her and Joe Jonas’s baby to be a musical prodigy now? I know I am!

Speaking of rapping, did you know that the band Bastille hired Sophie to star in their music video, “Oblivion,” in 2014? Although Sophie lip-syncs the words and the video was a big hit, it exposed new crowds to Sophie’s talents. When the video featured Sophie rapping, it led to many wondering whether Sophie can actually rap in real life… HINT: YES!

Germaphobia, phobia of insects, fear of flying (which Jon Stark/ Kit Harington has btw) and fear of heights, all sound familiar but Sophie Turner has one of the rarest fears of all: drains.

That’s right, ordinary house drains that you see at home freaks out the actress. Sophie told InStyle that, “I have a phobia of walking over drains—it freaks me out. I don’t know what it is, but I get so nervous whenever I see one. Someone once told me to say the word ‘onions’ when I walk over one and it will reverse the curse. So now I say it every time. I guess it’s a superstition thing, but it helps.”

Nobody knows whether the next book from George R.R. Martin will do justice to the season finale flop of GOT that angered fans. Sansa Stark’s story might have a different ending but the actress who played her had to literally put her life on hold for some serious beginnings- marriage.

For her wedding, Sophie and Joe couldn’t set a date as we’ve previously heard Maisie Willams who said: “We’re waiting until the season is done until we get into [wedding plans], but I think she’s already letting her little heart wander and imagine.” Of course the Las Vegas wedding all kind of makes a bit more sense now.

8. This is How She Met Joe Jonas

Sophie Turner has shown that her friendship with Hailee Steinfeld could lead to some amazing things. The two met on the set of Barely Lethal (2015), a movie about teenage assassins. The pair became close during the filming and it was Steinfeld who eventually introduced Sophie to pop star Joe Jonas, whom Turner went on to marry.

Then there is another rumour that Sophie Turner met her future husband, Joe Jonas online. The two had several mutual friends in common, and so one night the middle Jonas brother decided to slide into Sophie’s DMs for a chat.

Sophie Turner is one of the most memorable actors from GOT who’s piggybacked on the fame of GOT and gone on to fashion photoshoots and movies. But she never forgets that she comes from humble roots. Born into a working-class family in Chesterton, Warwickshire, England, in 1996, her mother was a nursery school teacher while her father worked for a company that distributed pallets to warehouses. Not exactly the most glamorous of occupations, but bills need to be paid.

10. She Didn’t Want To Play Jean Grey But Did It For The Fans

Sophie Turner wasn’t always sold on the idea of playing Jean Grey in the latest installments of the X-Men franchise. The whole casting process took months but the actress was determined to land the role thanks mostly to her fans on Twitter. She showed her dedication after a survey of who should play the new Jean Grey was going around social media. It overwhelmingly favored House Stark to take the throne.

11. Speaking Of Fans and Followers

Being an influencer on social media has many hidden perks today. In an interview, Sophie Turner revealed the secret that got her the gig on Game of Thrones when she was auditioning. According to her own perspective, there was another actor who was better than she was for the part. But Sophie had a trick up her sleeve in the form of social media. Producers knew she had more followers than the other actor, so the part went to Sophie. She certainly took her chance!

No we aren’t talking about any of Joe Jonas’s junk in the trunk! Sophie Turner once confessed about her love for U.S. fast food. “Nothing else tastes so good while being so bad for your health. Sophie explained, “I spent a month working in Atlanta, and they have Chick-fil-A restaurants on every corner. It’s so good! I crave it. I also love Wendy’s Frosty milkshakes. And then there’s In-N-Out Burger in L.A. I mean, the best.”

Sophie is a natural blonde. In fact, she has the kind of blonde hair that most women dream of having, and she likes it that way. But guess who doesn’t? Hollywood casting agents.

At the tender age of 13, her mother had to dye her daughters hair bright red to win the role of Sansa Stark. Despite her great natural look, directors and producers prefered to see her now iconic and character driven red hair. The red hair look was supposed to be passed on by her mother in the books but Sophie Turner, on the other hand, feels most like herself when she is rocking her natural color.

Some people consider reality TV their escape and so does the actress! Sophie Turner discussed her reality preferences at Comic Con. When a fan asked which show she would like to do a crossover episode with, she named Keeping Up With The Kardashians.  “So we could [end] them,” she said.

Few people would deny themselves the pleasure of turning on the TV to watch Sansa Stark take out Kylie Jenner while Cersei deals with family patriarch Kris Jenner. Should the sword be used to take off their implants?

15. GOT Got Her Feeling Depressed

The eight and final season of Game of Thrones was not universally well-received by fans or critics, to say the least. But with Twitter amplifying any and everyone’s opinion, people can get hurt especially if you’re a younger actor (who didn’t have a family history of acting) who’s not used to the limelight. Sophie Turner found the negative criticism so difficult that she revealed in 2019 that she would be taking a break from acting.

The overwhelmed actress spoke of a major onset of depression and that she had even considered self-harm.

What People Gamble on the Most in Canada