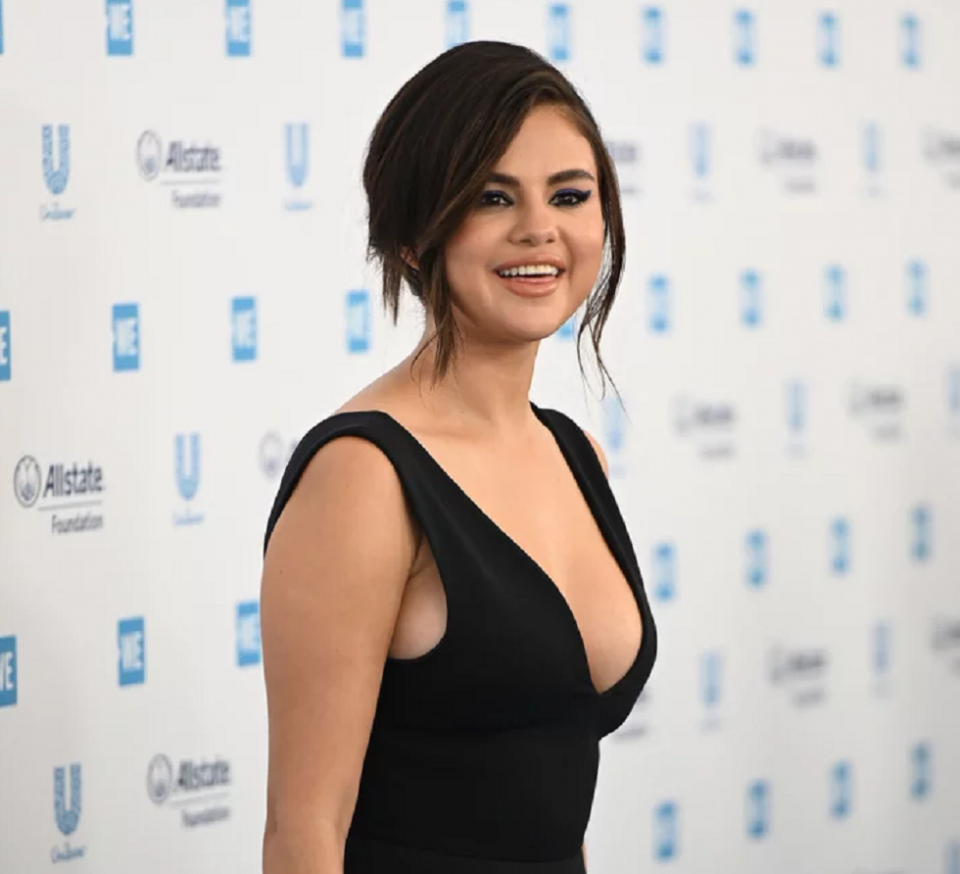 Selena Gomez came into this world on July 22, 1992, and went on to become the American actress, singer, songwriter, and producer we all know and love. Here are some interesting facts about the multi-talented artist!

Did you know, this is Selena Gomez’s vocal range:

Gomez’s voice has the mezzo-soprano register and spans two octaves and two notes, her vocal range extending from the note D minor to the F sharp major. In addition to using her voice as an instrument, Gomez also has shown skill playing the harmonica and piano.

Full name and how Selena Gomez became a child actor:

She would go on to start  her acting career at age 10 with the supporting role of Gianna in the children’s series Barney & Friends. She participated in it until 2004, when she was forced to withdraw from the cast. After that, she made small appearances in films and television series such as Spy Kids 3-D: Game Over (2003), Walker, Texas Ranger: Trial by Fire (2005) and Brain Zapped (2006). As of 2006, she appeared in various series on the television channel Disney Channel such as The Suite Life of Zack and Cody and Hannah Montana. The show also filmed some spin-offs that the channel did not broadcast.

Wizards of Waverly Place put her on the map:

Finally, in 2007, she starred in the series Wizards of Waverly Place, which awarded her various awards. The show was well received and won the Emmy Award three times for best children’s program. During the filming of the program, she starred in films such as Another Cinderella Story (2008), Princess Protection Program (2009), and Wizards of Waverly Place: The Movie, which were all well received.

Selena Gomez started singing in 2008 and even made a band:

In 2008, she also made her voice acting debut in the animated film Dr. Seuss’ Horton Hears a Who!. Simultaneously, that same year, she signed a contract with the record company Hollywood Records and participated with songs for Disneymania and the soundtracks of Tinker Bell and Another Cinderella Story.

In 2009 she formed a band called Selena Gomez & the Scene and on September 29 of that same year, the record company released her first studio album, entitled Kiss & Tell. The album was well received commercially and was certified gold by the RIAA and CRIA.

Selena Gomez’s career started to blow up in 2010 with Ramona and Beezus:

After she starred in her first film in the cinema, Ramona and Beezus, the actress went on to expand her wings with Monte Carlo and a year later she lent her voice for the main character of Hotel Transylvania.

In 2013 she starred in more mature projects such as Spring Breakers and Getaway. That same year she released her first solo studio album, Stars Dance.

It reached the number one position in the charts of countries such as Canada, the United States and Norway and reached the top 10 in more than twelve territories.

Her first single, “Come & Get It,” reached number 6 on the Billboard Hot 100 chart, making it her first top 10 on the tally. To promote the album around the world, she began her Stars Dance Tour. After seven years with Hollywood Records, Gomez signed a contract with Interscope Records. Gomez’s first studio album with Interscope, Revival, debuted at number one in the United States and produced Gomez’s first top 5, “Good for You.” According to Billboard, Gomez has sold more than 6.7 million albums worldwide and more than 22 million singles, as of 2015.

In addition to her musical and acting career, Gomez is a philanthropist:

Contributing to various charities and humanitarian works, Gomez has devoted herself to philanthropy, and in 2009 UNICEF made her the youngest ambassador in history. She has launched her own clothing line, called Dream Out Loud and a perfume with the same name, as well as a line of nail polishes. In 2013, Adidas NEO Label chose it as its advertising image,  as did Pantene in 2015, Coca-Cola in 2016 and the brands Coach and Puma in 2017, with whom she has designed different products.

Fighting for gay rights got her kicked out of Russia:

In September 2013, during the Stars Dance Tour, Gomez reportedly gave a speech in Russia on the rights of the LGBT community, due to a request made by Change.org , which reached more than eight thousand signatures. However, the concerts of the tour scheduled in the country were canceled, and the Russian government denied Gomez a visa, because they strengthened its visa regime for foreign artists, after singers like Lady Gaga and Madonna came out in favor of homosexuality in the country.

In 2008, Gomez participated in the UR Votes Count campaign, where she encouraged more than 50,000 teens to learn about the candidates for that year’s presidential election in the United States, Barack Obama and John McCain.

She also participated in the fifth Runway for Life charity campaign, which raised more than $ 1 million to invest at St. Jude Children’s Hospital in Memphis, Tennessee.

In early October 2009, she made a surprise visit to an elementary school in Los Angeles as part of A Day Made Better, a program sponsored by OfficeMax. Gomez gave the school an award, as well as a thousand dollars in school supplies and a talk about the importance of giving back to the community.

In February 2011, she visited Valparaíso (Chile), together with UNICEF, to witness the Puente Program, which helped families understand and develop skills to deal effectively with children’s early education, parenting development and skills, and other issues related to parenting. The following month, she participated in the UNICEF Tap Project with artists such as Taylor Swift and Rihanna, in order to provide clean and drinkable water to children around the world.

In July 2011, Gomez visited the Children’s Hospital in Philadelphia together with Ryan Seacrest. There she performed a song while a patient accompanied her on an acoustic guitar.

In January 2012, she performed a charity concert with her band, which raised approximately $ 660,000, which was donated to UNICEF. In April of the same year, Ryan Seacrest appointed her as an ambassador for the Ryan Seacrest Foundation.

In 2008 she also joined Dog Island, Inc. to save the lives of homeless pets in Puerto Rico and the Caribbean islands. To get the attention of the media, Gomez filmed a documentary on the problem of abandoned animals and auctioned $ 2,000.

In July 2009 she became an activist for RAISE Hope For Congo, a campaign founded with the intention of stopping violence, both physical and sexual, against Congolese women. That same year, UNICEF appointed her an ambassador at 17 years old, which made her the youngest ambassador in history.

Regarding this, she commented: “Every day 25,000 children die from preventable causes. I joined UNICEF in the belief that we can change that number from 25,000 to zero. I know we can achieve this because at every moment, UNICEF is on the ground providing children with the help they need [to save their lives] to ensure that zero becomes a reality. ”

She recorded the song “Send It On” with Demi Lovato, Miley Cyrus and the Jonas Brothers, accredited as Disney’s Friends for Change, to promote environmental responsibility.It reached number 20 in the United States and all of its sales went to environmental charities.

How Belle Delphine Used The Media And Bad Publicity To Get Famous!

6 New Christmas Movies on Netflix to Watch This December